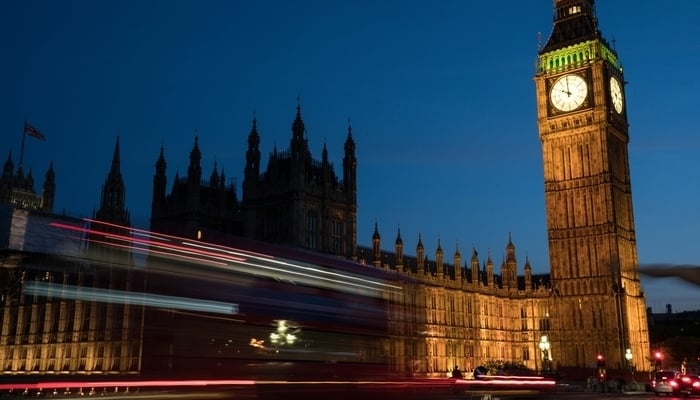 How do the latest UK travel restrictions affect tourists, expats, and other travelers in Central America?

Probably the most confusing, changeable country in the world right now regarding travel restrictions is the UK. It seems like every other day they switch up the rules on who can come in, who can leave, and who can go where (or not).

They may be going through a process of change in the United States as the new administration defines its pandemic policy, but at least that country appears to have a game plan, whether you approve of it or not.

The UK lurches from one idea to the next, pulling policies out of its you-know-what, while trying to convince the world it knows what it’s doing.

“We will continue to refuse entry to non-UK residents from red list countries.”

The latest UK travel restrictions affect this part of the world, especially Panama.

It started last week, when the British government put Panama on its “Red List”. This is a list of (currently 33) countries now subject to a full travel ban.

Anyone who’s been in, or transited through, a Red List country in the past ten days cannot enter the UK.

Unfortunately, Panama is a Red List country, alongside every South American country, much of Africa, and elsewhere. The British government is worried about a “Brazilian strain” of COVID, hence the South American ban. Panama happens to be next to South America.

The list is growing all the time, with the UAE, Burundi, and Rwanda added yesterday.

It’s worth pointing out that Panama (plus every other Central American country except for Belize and Costa Rica) put the UK on its own version of a Red List before Christmas, for the same reason in reverse. They were worried about a UK strain of COVID, so it’s not like the UK is entirely blameless.

Tit for tat travel bans will be a way of life for a long time, no matter how much the WHO discourages them.

So even before the UK banned Panama, it was already banned by Panama, if you follow.

A look at why El Salvador’s, Guatemala’s, and Panama’s UK travel ban is ridiculous and looks like the worst kind of political posturing.#travelban #travelrestrictions #centralamericahttps://t.co/DZ3VHk8T2h

Fast forward to now, and the UK has ratcheted things up.

Not so much for Panamanians or any other non-residents planning to visit the UK. That shipped sailed already.

Now it’s targeted it’s own citizens or residents who’ve been in Panama or any other other Red List country. They now need to quarantine (at their own expense) in a government approved hotel for 10 days upon arrival in the UK.

They also need to fill in a Passenger Locator Form, and take a COVID-19 test within 72 hours of boarding their flight.

The British government, in short, no longer trusts people returning from Panama to self-quarantine on their own. Also, they expect the cost and inconvenience of a forced hotel stay to deter people from going to a Red List country in the first place.

How do the UK travel restrictions affect the rest of Central America?

In the meantime, non-Red List restrictions remain the same.

Anyone entering the UK from Costa Rica, Nicaragua, Honduras, El Salvador, Guatemala, or Belize will have to self-isolate at home for ten days upon arrival. In England, (not Wales, Scotland, or Northern Ireland) they can take a COVID test on Day Five to halt their quarantine.

They’ll also need to provide a negative COVID test (within 72 hours or boarding their plane) and fill in the Passenger Locator Form.

The big difference is that if you’re coming into the UK from Panama, you must be a British citizen or resident, and you must quarantine for ten days in a hotel at your own expense.

If you’re coming into the UK from the rest of Central America, you don’t have to be a British citizen or resident, and you don’t need to quarantine at a hotel. You can self-isolate for ten days at home instead.

I’m being asked many Q’s on this, so here’s the latest on UK policy👇🏽

Home Secretary Patel also announced measures this week to stop people in the UK leaving in the first place.

Until now, all non-essential travel has been discouraged. Latest lockdown rules prevent people from traveling to airports, anyway. But Patel went further this week, announcing that anyone leaving the UK must tell authorities why they need to travel.

Going on vacation won’t be a valid reason. Going forward, the only reasons people can travel out of the UK will be for work, study, or health reasons.

“This reason for travel will be checked by carriers prior to departure and this approach effectively mirrors the checks on arrivals that are already in place with the passenger locator form,” said Patel.

With these new rules, British Airways no longer flying into Central America, and the travel ban from the UK into the United States, it’ll be a while before the region welcomes British tourists again.

And if you’re a traveler already in Central America, I guess the advice is to hunker down. Wait it out.  At least you’re missing the snow.