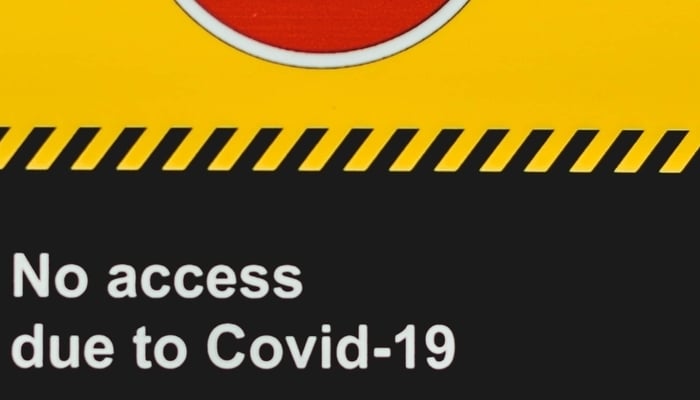 A look at why El Salvador’s, Guatemala’s, and Panama’s UK travel ban is ridiculous and looks like the worst kind of political posturing.

It’s sad but not surprising to see some Central American countries go back to selected travel restrictions and bans again. They’re the easiest way to make governments and presidents – especially presidents under pressure – to look like they’re doing something while actually doing nothing.

Updated Guide to Central America’s COVID travel restrictions (as of Dec 22, 2020, including the recent bans to travelers from the UK and South Africa) #travelrestrictions #centralamericahttps://t.co/ws988F8Jv6

Congratulations on panicking again. Well done for your absolutely fruitless gesture designed entirely to make your leaders look good while doing absolutely nothing to solve your COVID problems.

What am I talking about here? Well, for those who don’t know, this week El Salvador, Guatemala, and Panama turned their clocks back to March 2020 and banned anyone who’s recently been in the UK or South Africa from entering their countries.

Like so many people from these two countries were coming to El Salvador, Guatemala, or Panama in the first place.

The reason for the ban is because of a new variant of COVID-19 found in the UK, said to be some 70% more infectious than previous variants. Scientists have also identified yet another variant from South Africa, now present in the UK.

But here’s the thing.

Neither variant is more deadly than previous mutations of COVID, of which there are many. The COVID-19 virus circulating around the world right now is a different one to the virus that came out of Wuhan, China almost a year ago. Viruses mutate continuously. That’s what they do.

And one of these new variants isn’t really that new anyway.

According to Tony Cox, CEO of the UK’s National Biosample Centre, established by the National Institute for Health Research, the London strain was identified back in September.

Now forgive me for missing something here, but if it’s been around since September, there’s zero chance it’s still confined to the UK in December. Zero chance. In fact, it’s already in the Netherlands, Denmark, and Australia. France and Germany both believe they have it, as does the United States.

And no-one knows whether this new strain evolved in the UK and entered all these countries from there, or if it came to the UK from elsewhere and was simply identified there.

As a British citizen myself, I’m the first to admit the UK has botched its entire COVID-19 response from the get-go. There aren’t many countries on earth who have done a worse job than the UK in 2020.

But there’s one aspect of this whole mess where the UK is doing well. British scientists are much better than many other countries at sequencing this virus and identifying new strains and mutations.

The UK has sequenced over 6% of its 2.11 million COVID cases so far. To put that into perspective, the United States has sequenced less than half-a-percent of its cases.

British scientists know far more about the origins and strains of each COVID case on its shores than the US does. I’m going to take a wide stab in the dark here and say that the UK is also better at sequencing this virus than El Salvador, Guatemala, and Panama is. I don’t think that’s too much of a stretch to say.

There’s every chance that this “new” strain of COVID is already circulating globally under everyone’s noses, making travel bans completely moot. Talk about shutting the door after the horse has bolted.

Is it plausible that this new strain of COVID is already well-established elsewhere but UK is just early to pick it up?
UK does a LOT of genome sequencing (see below from ECDC). And this isn’t the only country where cases are rising fast.
But too early to jump to firm conclusions pic.twitter.com/tydnvxJhqH

I can’t let the UK completely off the hook, though.

As mentioned, they have an appalling record in how they’ve handled this pandemic. In many ways, they only have themselves to blame.

Last weekend, the British government did everything it could to scaremonger the population into accepting draconian lockdown over the Christmas Holidays. They threw everything they could at the British people, telling them how out of control this new strain was, and how they needed to comply.

What happened was they scared the rest of the world instead.

Almost immediately after the Saturday press conference, countries began closing their doors to travelers from (or who’d been in) the UK.

The new strain of Covid-19 that prompted the UK to impose a renewed Tier 4 lockdown in London and southeastern England is “out of control,” Health Secretary Matt Hancock says https://t.co/Xvj24H7Jdk pic.twitter.com/WoTIvz3Ulu

You can’t have your cake and eat it.

You can’t scream at people telling them to stay in and lock down because of an “out-of-control” strain of the virus, and not expect other countries to prick up their ears.

They´ll start banning your sorry asses on a dime because they’re desperate to show they’re in control. So yeah, good job British government.

The EU has backtracked in the past 24 hours, advising its members to open back up to the UK, and so far France has complied. Other countries will follow soon. But here in Central America, where kneejerk reactions for everything are the norm? Don’t bank on it.

One refreshing exception (so far) in Central America is Costa Rica.

Yesterday Costa Rica Health Minister Daniel Salas ruled out banning travelers from, or who had been in, the UK.

“The virus remains the same and will continue to mutate,” he said. “The fact it can become more transmissible is something that we knew could occur from the beginning.”

“This mutation is already in several countries due to the number of flights, to how people mobilize. What happens is that these countries do not have traceability. It makes no sense to close England.”

Salas is correct. Given they identified at least one of the new strains months ago, and given most countries make little to zero effort to sequence the virus, it’s ridiculous to single out individual countries for banning.

Most countries have no idea which of the many strains of COVID-19 are circulating within their borders. Certainly not most Central America countries. Most of them barely test enough as it is, let alone sequence.

So, yeah. It’s ridiculous political posturing to single out the UK, South Africa, or anywhere else for banning.

Unless you’re the president of Guatemala, presiding over a nation seething with rage at you over your latest budget and blatant money-grabbing. If you’re Alejandro Giammattei, you’re hoping such a move provides a distraction and makes you look like you’re in control.

Or you’re the president of El Salvador, increasingly authoritarian, and happy to do anything that makes you look like a decisive statesman without actually doing anything. Bread and circuses come to mind.

Or you’re the president of Panama, facing soaring COVID numbers again and a population on the brink of civil unrest. Such a move also makes you look like you know what you’re doing while making no difference to the end result.

So congratulations to Costa Rica for not jumping on the bandwagon. Because once they do with one country, they’ll have to do with all the others in the coming weeks as it becomes clear the extent of this new strain. And that could be the final nail in the coffin for us.

In the second part of his series about the Biden...

A Quick Look at Prince Philip's Visits to Central America

As tributes from around the world commemorate the death of...

The centralamerica.com Podcast: Responsible Hiring in Costa Rica for Expats

In the sixth episode of the centralamerica.com podcast, we do...