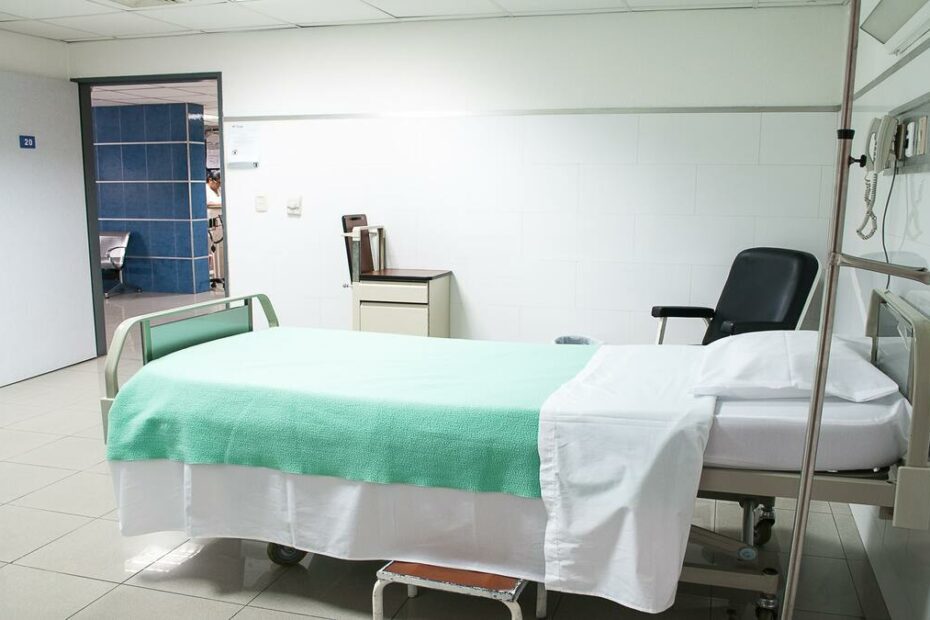 One of the key questions many potential expats ask is about the healthcare. For many years, I admit, the question went right over my head. After all, when I first came to Costa Rica, I never thought about healthcare. I was in my 20s and I thought I was invincible.

I imagine my not considering healthcare as a factor when moving abroad was/is common for most people in their 20s and 30s. But time marches on for us all. And although I’ve never needed – touch wood – any hospital care in the 22 years I’ve lived in Costa Rica, the odds are that’s likely to change at some point. It’s called getting old.

Most expats in Costa Rica, or elsewhere in Central America, didn’t come when they were young.

Most of them arrive quite a bit older than I was when I reached these shores. Which is why the healthcare question is so important. You see it time and time again on social media.

It’s the most important question for many people coming to retire in a tropical destination. Sure, you can seek great weather, a lower cost of living, and a wonderful lifestyle. But if you need access to good healthcare and don’t have it, all that can go out the window fast.

The Joint Commission is a U.S. non-profit that accredits healthcare providers. Their main site accredits hospitals and clinics in the United States and their Joint Commission International (JCI) site does the same thing around the world through WorldHospitalSearch.com.

If a hospital in Central America has JCI accreditation, you know that health care experts have thoroughly assessed it. They’ve deemed it a hospital that meets their high standards of quality and patient care.

A JCI accredited hospital, in other words, is a good hospital, a trustworthy hospital. A great hospital, even. This is vital for expats in Central America for whom access to excellent healthcare is critical.

According to JCI International, there are only five JCI-accredited hospitals in Central America.

These five hospitals are in Costa Rica, Nicaragua, and Panama. We’ll take a look at these places first. After that, we’ll look at some other hospitals around the rest of the region.

Congratulations to our newly accredited and reaccredited academic medical centers and hospitals! pic.twitter.com/HURaLfEAut

Both the JCI-accredited hospitals in Costa Rica are in the Central Valley, either in or near the capital city of San José:

For an in-depth, independent, description of both these hospitals, WeLoveCostaRica.com has a great piece outlining them, and also a third hospital, Clínica Catolica (on the east side of San José) that was once JCI-accredited, but now no longer shows up on their site.

Other hospitals in Costa Rica

Which brings us to a couple of other hospitals in Costa Rica. Places not currently JCI-accredited but still with good reputations of care and quality. Again, these hospitals are in the Central Valley.

All the hospitals listed above, except for the Children’s Hospital, are private. This means you need private health insurance or to pay onsite for treatment.

We state the obvious here because legal residents of Costa Rica must pay into the public health system (Caja). This gives them treatment at any public hospital. But private hospitals are not included for those seeking treatment through the Caja. This is an important point that expats in Costa Rica need to understand.

Again, emergency care is adequate in many local hospitals around the country. But if you seek world class medical treatment in Nicaragua, you’ll go to Vivian Pellas.

Expats in Nicaragua should buy health insurance that covers treatment at this hospital.

Panama is the third country in Central America with hospitals accredited by the JCI. There are two hospitals here, both in Panama City.

For more detailed info on these places, plus another recommended hospital in Panama City, the Hospital Nacional (Panama’s best maternity hospital), check out this excellent article from My Latin Life.

Panama has some of the best healthcare in #LatinAmerica 🇵🇦

Here are the 5 Best Hospitals In Panama City, Panama.https://t.co/MFIpxajEB3

The best of the rest

That completes our highlighting of JCI-accredited hospitals in Central America, but if you’re not in Costa Rica, Nicaragua, or Panama, then what?

Just because there are no JCI-accredited hospitals in Belize, El Salvador, Guatemala, and Honduras, that doesn’t mean you can’t access excellent healthcare in them. Below, we take a look at the best hospitals in these countries.

The best hospital in Belize is Belize Medical Associates in Belize City. Founded in 1988, it’s the first choice of most expats and locals who can afford private medical care.

Belize also has a good public hospital, the Karl Heusner Memorial Hospital (KHMH) that offers decent service. Several of the doctors at KHMH and other public hospitals in Belize also work at Belize Medical Associates to supplement their incomes.

Hospital de Diagnostico is the best hospital in El Salvador. It has two locations in San Salvador, and is the designated hospital of choice in El Salvador should the President of the United States happen to be visiting and needing medical attention (a long shot, I know).

Another good hospital is the Centro Medico Escalon, also in San Salvador. This hospital is also popular with expats living in El Salvador.

It’s fair to say the public health system in Guatemala leaves a lot to be desired, so private healthcare is the way to go if you’re planning on traveling or moving here. And if having easy access to good healthcare and hospitals is important to you, be in the vicinity of Guatemala City.

Two private hospitals in Guatemala City have strong expat recommendations. These are Centro Medico and Hospital Herrera Llerandi, both in Zona 10. Look into getting insurance that either of these places accept.

If you’re moving to Guatemala it might be worth thinking about the quality of healthcare in the country before you arrive. Here are the three obvious basics to consider. https://t.co/8UEsfZ1K4H#Guatemala #Healthcare #expats #expatlife pic.twitter.com/wp6TIKRh2q

Many expats and travelers in Honduras end up in the Bay Islands, so it’s worth checking out what’s there. The best hospital is Cemesa Roatán on the island of Roatán. Since it opened in 2016, Cemesa has become recognized as one of the best facilities in Honduras.

So that’s our roundup of the best hospitals in Central America.

The key throughout the region is to make sure you have good insurance that any of these private hospitals will accept. And if you feel nervous living far away from good medical facilities, make sure you live within easy range of the region’s capital or largest cities.

We hope you never find yourself needing any of these hospitals in Central America. If you do, though, we hope we’ve given you at least a better idea of where to go for treatment. 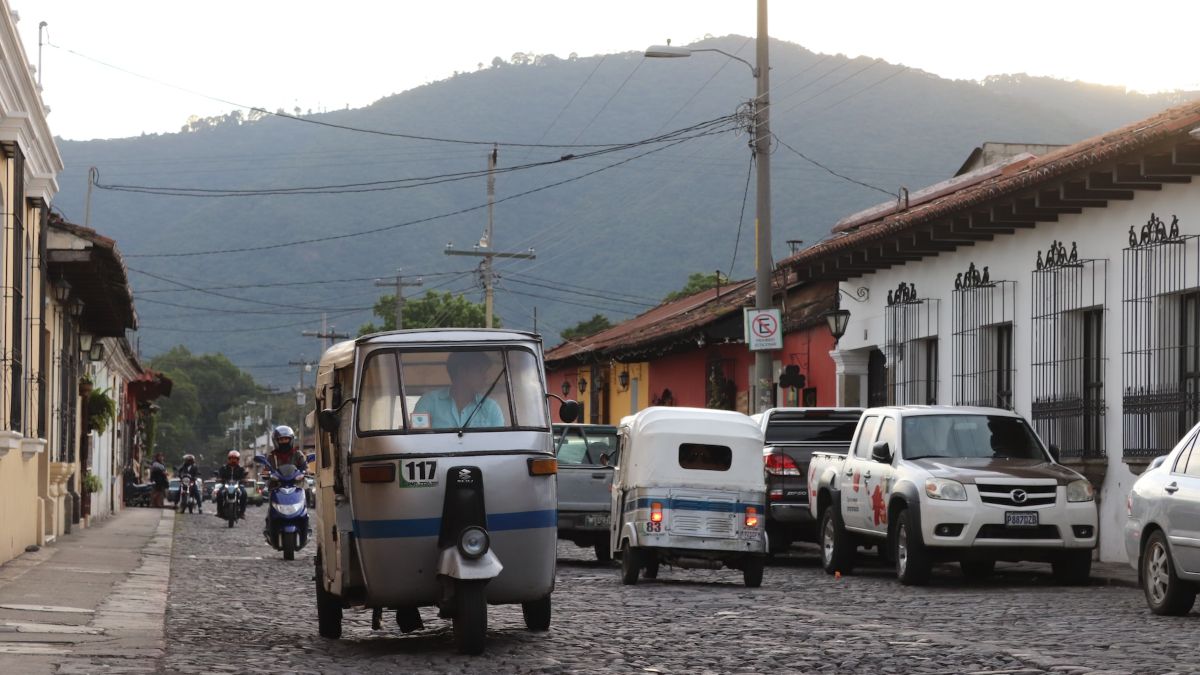