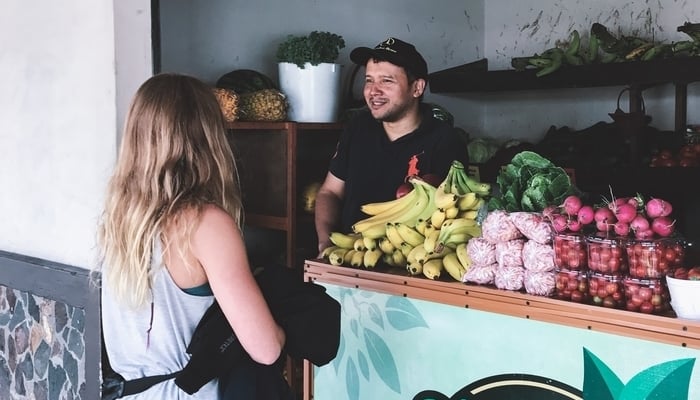 If you’re moving to most of Central America, learning Spanish is key to get the most out of your new life. Or maybe you’re already in Central America and your 2021 resolution is to improve your Spanish. Here, writer Liz Szalai offers some tips on how to make that happen.

As an expat, you have choices when it comes to learning the lingo in your new home.

You can choose to not learn at all, and just hang out with fellow expats who speak your language, maybe scraping by with enough to get by at the local store or order a beer, etc. Or you can expand your skills (and your mind) and try to learn the language to a higher level of speaking and understanding.

I come from Hungary so it’s rare (outside of 10 million other Hungarians) someone speaks my mother tongue). If I wanted to survive abroad, I had little choice but learn other languages.

I studied English and German at school (German is something locked safely somewhere in my brain), so living in London wasn’t too hard. My ten years there fine-tuned my English to a level where I’m confident enough to express myself in anyway I choose (including writing and poetry).

But what about Spanish? Before arriving in Panama in 2018, I had some basics, but my sentences didn’t come naturally. I was very motivated to improve my Spanish, and I found these five things helped me get much better.

You have to immerse yourself in the language, from small talk at the market to chatting with neighbors. Take as many opportunities as you can to listen and speak to others.

One error for me was volunteering in hostels, where I barely used any Spanish. Everyone spoke English all the time. The real game changer was finding a place where no-one spoke much English. That forced me to speak Spanish all day, and I had no choice but understand what everyone was saying. Colleagues then became friends.

This is a great way of immersion in Spanish. Another great way is romantic involvement with a Spanish speaker. I admit I failed here, as my boyfriend and I speak English for the most part…

I found it helpful to expose myself to the language wherever possible. I changed my phone and computer settings to Spanish, read flyers and announcements, tried to understand the news (all this became very handy in 2020 with the ‘comunicados’ regarding lockdown updates, etc.).

Most language learners have found their language skills improving under the influence of (the right amount) of alcohol. This isn’t because alcohol has a magic effect on the brain at all. It doesn’t make you smarter. Alcohol relaxes us and makes us more confident.

Understanding a language is one thing, having the confidence to speak, is another. That is the bigger deal. A lot of people feel self-conscious and worry about making mistakes or sounding silly.

Another obstacle of becoming trilingual (if that’s the goal) is when you speak the language well enough to get by, you get stuck.

It’s easy to repeat the same conversations and scripts in shops, cafes, and bars and not learn many new words. The key is to get past this point and seek opportunities beyond small talk. Talk about culture and social issues instead. Social media is a great starter here.

You’ll need some tact and sensitivity to bring up religion or politics, but don’t be afraid to dive in and learn a bunch of new words and expressions. You’ll be surprised how much you understand, even if you don’t get each word.

Sounds basic, but for some people asking for help or saying they don’t understand is an issue. This comes down to confidence again and happens to many of us.

In London I often saw the smile and nod technique with people who spoke little English. They’d rather pretend to understand and miss important information than ask the speaker to slow down or repeat what they said.

So stop them and tell them to slow down. Ask them to explain a word you don’t understand (tip: try to get them to describe rather than translate).

Panamanian Spanish was hard for me in the beginning. They often shorten words here, or swallow the end of them. After a while, though, you get used to “pescao” (pescado) or “vamo pa allá” (vamos para allá).

I’ll leave you with a real treat, some Panamanian slang (often derived from English) to get your head around. Enjoy!

Priti: Pretty, but they use it more like amazing, awesome, not just to describe looks.

Joven: The direct translation is “young”. Pretty much everyone, regardless of age, whose name is unknown (restaurants, shops, etc.) is joven. For example in a restaurant, “Joven, me regala un vaso de agua.”

Dale pues: Okay, go for it.

Bucu: A lot, comes from the French beaucoup.

Focop: Comes from “fucked up” and means exactly the same.

Chévere: Means cool, a positive comment on something. “Que Chévere!”

Ofi: Short for oficial (official), they use at as okay, sure.

Demasiado: Too much, they use it to express quantity but also if somebody is too much. “Este pelao es demasiado.”

Chuleta: Something like damn, expression of something went wrong.

Costa Rica tourism minister announces that the land borders with...