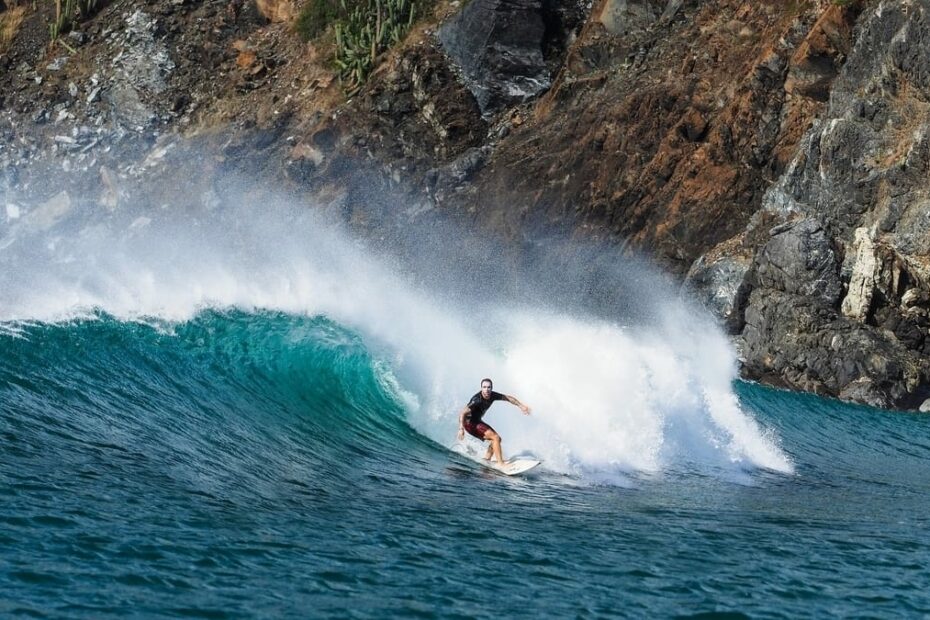 As Costa Rica President Alvarado tweets about the success of Olympic surfer Brisa Hennessy, he’s attracting a sizable amount of criticism from the surfing community. They’re accusing him of hypocrisy. Why is that? And is the Carlos Alvarado criticism fair?

Costa Rican surfer Brisa Hennessy made headlines this week as she advanced to the quarter finals of the first-ever Olympic women’s surfing event in Tokyo, Japan. Among her biggest fans is President Carlos Alvarado, who’s talked about Hennessy on Twitter, Facebook, and Instagram many times over the past few days.

In fact, Alvardo’s social media posts about Hennessy far outstrip his posts about any other members of Costa Rica’s Olympic team. This is understandable, as the surfing is now over and the medals given out to the winners. We know how far Hennessy got, and their is justifiable pride throughout Costa Rica.

Here’s the thing, though. Alvarado is seeing a vicious, massive amount of blowback and criticism for his Hennessy posts. What’s happening?

Despite Costa Rican surfer Brisa Hennessy going out of the Olympic Women’s Surfing event in the quarter finals, her success in Japan has made her country proud. #costarica #Surfing #Olympics https://t.co/QNeSu7gxFt

The first thing to say is that criticism and trolling on a politicians social media platform is common, whatever the politician says. Especially if you’re a head of state, like Alvarado.

You’ll never please everyone. You’ll always draw in the name-callers and trolls and the people who hate you. There’s no doubt many of the critics of his Hennessy posts don’t care about the topic at all, they only want to sling mud.

That’s part of the game, and Carlos Alvarado is big enough and ugly enough to deal with it. Otherwise he wouldn’t be in politics in the first place.

But you’d think a series of innocuous posts about being proud of an Olympian representing her country would be less controversial, no?

You can disagree with Alvarado about his policies, but not about something like this? Right?

It all comes down to accusations of hypocrisy, you see.

Last year, as Costa Rica shut down in the face of the Covid pandemic, one of its policies was to close the beaches. From mid-March to mid-May 2020, Costa Rica closed all its beaches, allowing no-one to use them.

Then the beaches reopened from 5:00 AM until 8:00 AM, staying that way for a while until gradual reopening later in the year got underway.

During those early total closures, it’s fair to say the Costa Rican police got carried away in getting people off the beaches, including surfers. People got themselves arrested for surfing (including Noe Mar McGonagle, brother of Brisa Hennessy’s Olympic surfing teammate Leilani McGonagle). In one notorious incident, police fired shots at surfers on the beach. It was a tense situation.

Then in June, during a demonstration in Tamarindo, they arrested surfer Andrea Diaz, bringing even more unwelcome attention, and accusations of heavy-handedness towards the police and the government. She was later released without charge, but the optics were terrible in a country that prides itself on its pura vida.

The beach closures were the most ridiculous of Costa Rica’s anti-Covid measures last year. It’s easy to look back at them and ask yourself what on earth were they thinking?

Being outside on a beach in the fresh air, breeze, and hot sunshine, is about the healthiest place you can be in a pandemic like this one. The whole thing was lunacy, from closing the beaches in the first place to the police response. Absolute lunacy.

And this is why President Carlos Alvarado is seeing such blowback on his social media posts about Brisa Hennessy.

As the man in charge, who ordered the beach closures in the first place, it strikes many as a little rich to now be full of open pride for a surfer. A lot of surfers felt genuinely persecuted by the government and the police last year. As a consequence of that, they feel its hypocritical for Alvarado to be praising Brisa Hennessy.

“I remember not too long ago when you and [health minister] Daniel Salas gave the order to shoot them off the beaches, you disgusting hypocrite,” said one Tweeter.

“Carlos closed the beaches and the surfer had to leave the country to train,” said another.

Across Alvarado’s Brisa Hennessy tweets, there are hundreds of replies like this, to differing degrees of venom and vitriol.

Of course, as already mentioned, this in nothing new. A president steering the country through the toughest period in its history will always receive criticism. We should be happy such criticism is even allowed. And to Carlos Alvarado, it’s all water off a duck’s back. He’s a politician, after all.

So is the criticism justified?

But remember something. The whole world went nuts last year.

It’s still going nuts right now, but last year, when we knew nothing about Covid, we were on full-on panic mode, making stupid decisions based on fear rather than facts.

That’s not the fault of Carlos Alvarado, he was (over)reacting in the same way leaders everywhere did. And as soon as the science showed the way, he reopened the beaches. Not as fast as he could have done, but he did it. And although hindsight’s one heck of a thing, I’m sure whoever was in power last year would have done the same thing. They closed beaches all over the world last year, not only in Costa Rica.

How Costa Rica’s Beaches Became a Hotbed of Dispute During COVID-19 https://t.co/Za6HqTpyOA

Nowadays, no-one outside of the most deluded lockdown advocate would recommend closing a beach.

Hating on Alvarado for his actions a year ago with the beach closures is the same sort of ridiculousness as canceling someone for something they said or wrote years ago when they were at high school.

Did Costa Rica get the beach closures wrong? Absolutely yes, without a doubt. But does that make the president a hypocrite for praising a Costa Rican surfer? I’d say no, not at all.

His pride is as genuine as everyone else’s.

So give him a break on this one and save your venom for something else.