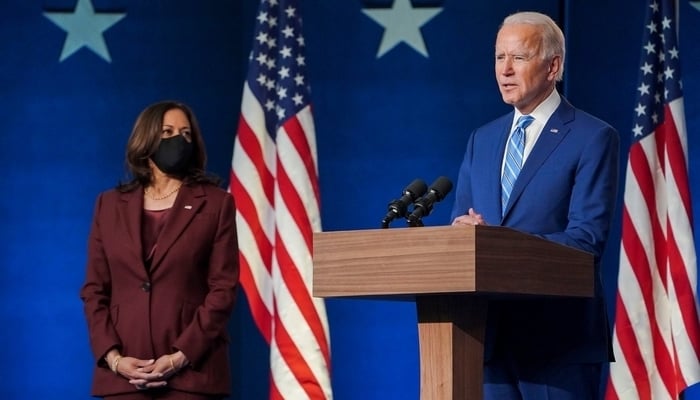 As new US President Joe Biden settles into the Oval Office, we take a look at what Central America’s leaders have had to say today on their favorite social media platforms.

We did this in November after the election, as it’s quite a good gauge on what these guys think and how they view things. But obviously, it’s not scientific, just a bit of fun, that’s all.

Like we so often do, let’s work north to south, from Belize on down to Panama.

Six out of seven Central American leaders congratulated Joe Biden and Kamala Harris in the United States yesterday for winning the US election. Here’s what they said.#Election2020 #USElection2020 #CentralAmerica https://t.co/XGdQNc8LqP

Johnny Briceño of Belize is the first tweeting prime minister of that country, but has said nothing so far. As I write, four hours after Biden’s Oath of Office, Briceño’s said nothing on his Facebook page either. Neither has the Government of Belize or the Belize Ministry of Foreign Affairs.

I have to admit, I quite like this oversight. No rushing to kiss the ring of the new guy like we’re seeing elsewhere in the region. Let’s move on.

President Alejandro Giammattei of Guatemala tweeted out his congratulations at 2:39 PM EST.

“I congratulate Joe Biden and Kamala Harris, the new President and Vice President of the United States, with whom we will continue to strengthen the close bilateral relationship and work as allies in the common goals of our nations,” said Giammattei.

His message today of bilateralism and unity almost exactly matches his tweet after election in November:

“I congratulate the people of the United States for the demonstration of democracy, and I congratulate Joe Biden and Kamala Harris for their election as president and vice president. As we’ve done so far, we’ll continue to work in unity and strengthen bilateral relations.”

Giammattei is deeply unpopular in Guatemala at the moment and the replies to his tweet reflect that. They’re calling him corrupt, a “narco-president”, and making fun of him for not being invited to the inauguration. (That last part is a little harsh, as no foreign leaders came as far as I’m aware. There’s a pandemic on, don’t you know).

And talking of narco-presidents (allegedly), what did Juan Orlando Hernandez in Honduras have to say?

“Congratulations to the people of the United States and your new President. Joe Biden and Kamala Harris, I send my best wishes at the beginning of the new page of your democratic history; reaffirming our commitment to continue fighting strategically for peace and prosperity in the region.”

JOH sent this tweet at 2:02 PM EST. Like Giammattei next door in Guatemala, he got flamed. Most of his critics openly accused him of drug trafficking and said the only reason he wasn’t in DC was because he was avoiding the DEA.

Just for comparison, here’s his tweet after the November election:

“Congratulations President Joe Biden for a triumph that strengthens the democracy of the USA. My best wishes for you, Kamala Harris, and your team. I hope that we can work together, as in the past, to strengthen the alliance of our countries.”

President Nayib Bukele of El Salvador was the last Central American leader to congratulate Biden and Harris in November, waiting until the last possible moment he could do so without it looking weird. A strong Trump admirer, it’s clear he wasn’t happy with how the US election went down.

Today, he didn’t put out a message himself at all, rather retweeted a tweet from El Salvador’s Casa Presidencial saying, “On behalf of President Nayib Bukele, First Lady Gabriela de Bukele, and the Salvadoran people, we extend our sincere congratulations to the President of the United States and the Vice-President. We will continue to work hand in hand with our main trusted partner.”

The Ortegas in Nicaragua don’t do social media. After the election they sent a rambling letter by snail mail. At the time I called it a “… shambolic affair, full of the claptrap pseudo-religious mumbo-jumbo the Ortegas come out with nowadays.”

I imagine they’ll say something similar soon. Or not.

Always the most pro-Biden leader in Central America, President Carlos Alvarado of Costa Rica tweeted twice today about events in the United States. This is the same amount of congratulatory tweets he offered in November after Biden won.

Both tweets are in English, so you can see what he said. Alvarado was also the first Central American leader to tweet, at 12:14 PM EST, while Biden was still making his inaugural speech.

Reactions to Alvarado’s reaction were more mixed than those to the Guatemalan and Honduran presidents. Lots of Ticos agreed with his words, while those who didn’t talked about how we now have two “socialists” in Costa Rica and the United States. Whatever.

Oh, and someone also spoke about reminding Biden of that 2013 soccer match in the snow that Costa Rica had with the US, and how Costa Rica never forgets. You know, the important things.

Congratulations to the 46th President of the USA, Joe Biden. Mr. President, count on 🇨🇷 to work with 🇺🇸 in pursuit of our shared principles.

Multilateralism is back! Thanks President @JoeBiden for rejoining @WHO and the Paris Agreement. Let’s work together for a better future for all! @POTUS

Today’s a super-busy day in Panama, what with some of their COVID vaccine finally arriving today, and with the country on its knees, pandemic-wise.

But that didn’t stop President Nito Cortizo from being the second Central American leader to tweet.

“I welcome the installation of President Joe Biden as the 46th president of the United States. I predict an era marked by the strengthening of democracy and productive relations with Latin America,” said Cortizo at 12:33 PM EST, almost 20 minutes after Carlos Alvarado in Costa Rica.

It was a more worldly tweet than in November, when he took a more bilateral approach:

“I extend my congratulations to Joe Biden for his election as President and Kamala Harris as the first female vice-president of the United States of America. Our countries have a long and special historic relationship. We’ll work together to deepen it more.”

What commenters seemed to pick up on today was Cortizo’s use of the word “installation” rather than election. But conspiracy theorists will always find something. The election was in November and the installation (or inauguration) was today. Don’t split hairs.

Other than that, most Panamanians on social media today are more concerned about the pandemic and how their country will handle its vaccine program.

So there you go.

Our round up of Central America reaction to the handover of power in the United States. Just to recap, for fun and interest, here’s the roll call of who congratulated Biden and Harris first, from Biden’s swearing-in at 11:48 AM EST:

Belize and Nicaragua… nada yet.

Make of all that what you will. See you at the next one!

Will Costa Rica Impose More Restrictions Today? A Look at Some of the Suggestions

We take a look at the possible new restrictions that...

In the second part of his series about the Biden...

A Quick Look at Prince Philip's Visits to Central America

As tributes from around the world commemorate the death of...