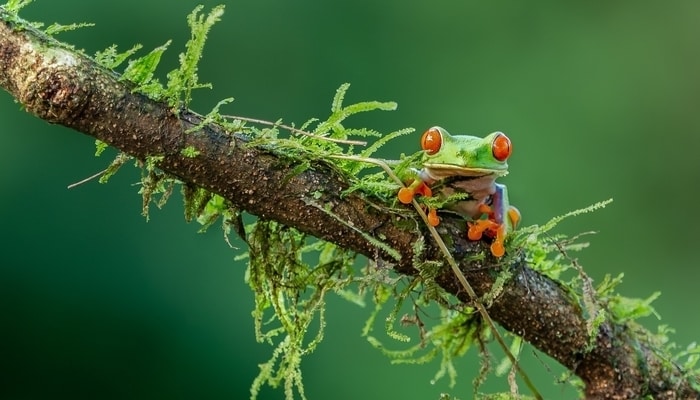 An overview of the week where Central America might… just might… have turned a corner in its handling of the COVID-19 crisis.

There’s no doubt this last week was the most hopeful one for Central America tourism since this crisis began in March.

One by one, starting with El Salvador on March 12, six Central American countries closed their borders. The seventh, Nicaragua, is another story, but more on that in a bit.

For countries relying on tourism – notably Costa Rica, Belize, and Guatemala – this closure proved catastrophic for their economies. Hundreds of thousands of people suddenly found themselves out of work, unable to feed their families.

Please don’t get me wrong. Tourism is important in Panama, Honduras, and El Salvador too. But these countries don’t (yet) rely on tourism dollars quite as much as Costa Rica, Belize, and Guatemala.

Nicaragua certainly does, but its dictator wrecked its tourist economy in 2018 and it had nowhere nearly recovered by the time COVID came. Murdering and jailing people who disagree with your regime tends to put off tourists.

*Only to certain countries

Honduras, Panama, Guatemala, and El Salvador imposed some of the strictest, most draconian lockdowns in the world. These lockdowns did little or nothing to halt the spread of the virus.

Same thing in Belize and Costa Rica. Their lockdowns weren’t as harsh (Costa Rica never had a lockdown at all, no matter what people say to the contrary), but no less crippling.

Costa Rica’s unemployment rate is the highest it’s ever been in history and the country is on the brink of a fiscal cliff.

Belize, who relies on tourism far more than any other country in the region, has seen its economy tank. Unemployment rate will hit some 18% this year.

To say things have been miserable across the board is an understatement.

This was the state of emergency where they arrested you for breaking curfew, going to work, not wearing a mask, or for ignoring a bunch of other restrictive measures. It was a last minute decision on the back of an earlier directive a few days before to ease the protocols required to enter the country. Guatemalans can finally breath again and get back to rebuilding their country.

Honduras and and El Salvador also plan to open their land borders in the coming week or so.

It seems like, after a devastating year, Guatemala has done an about face. I don’t blame them. Their lockdown didn’t work and earlier restriction easing didn’t cause the COVID spikes some were warning about. Time to get back to as normal as possible before the country collapses.

Guatemala takes first steps back to normality by announcing the end of the “State of Calamity” effective October 1:#GuatemalaNoSeDetiene https://t.co/l3SM5nx7Hz

Next door in Belize, they finally opened their international airport to tourism again.

There are no words to describe how important this is to a country where tourism comprises 40% of GDP. Reopening PGI will be a gamechanger.

Belize is being super cautious about how to manage and transport foreign visitors who arrive. It’s created “safe corridors” for tourists to stick to while staying in “gold standard” hotels.

Great to see #Belize joining Honduras, El Salvador, and Guatemala by allowing all travelers in to enjoy its beautiful country. Panama set to do the same on Oct 12. Best of luck to you all. Costa Rica, are you watching?https://t.co/F6mxAhm10J

And then Costa Rica announced they were ending their ridiculous cherry picking of US states who can enter.

We wrote a piece on Friday paying homage to tourism minister Gustavo Segura and his hard work in getting the entire USA authorized to enter Costa Rica.

It was a nonsensical rule from the get go, and he knew it. The government looked more foolish every day as Costa Rica’s COVID numbers rose and the US’s dropped. The rest of the region made no such discriminations when they opened their own countries.

Since we published Friday’s piece, we’ve received messages asking why Segura’s plan to welcome all the US in is so important. As a non-American myself, I get it. Oftentimes it seems like the US is the most important thing in the world and it can get up people’s noses.

But in this case, when it comes to tourism to Costa Rica, US tourists are the most important. You can love that fact or hate it, but it doesn’t make it less true.

Sure, I find it a little nauseating myself when people forget other countries exist in the world outside the USA. But with Costa Rican tourism, no other country is more important.

So Costa Rica’s announcement is definitely, unequivocally, a good move and a positive step. Costa Rica should never started this state-by-state nonsense in the first place, but solving it now is better late than never.

These events in Guatemala, Belize, and Costa Rica, all in the same week, represent a turning point in the whole COVID saga.

They represent the long-awaited moment where people are starting to look beyond the virus and the lockdowns towards getting their freedoms back to work, travel, and trade again.

But now comes the but.

It was a great week for Central America tourism but let’s not get complacent. Even though we’re shaking off the shackles of lockdown and allowing ourselves the glimmer of a possibility of building our livelihoods again, there’s a long way to go.

That’s more of a formality, because the odds are overwhelming that they’ll follow through with their October 12 date. Panama said it would only reopen under certain circumstances. I predict Panama will open whatever happens now.

Nicaragua never closed, but the ridiculous demands on flight crews about COVID testing forced most airlines to abandon the country.

It’s unclear when this will clear up. In any case, tourism has been dead in Nicaragua for two years. COVID or not, things won’t improve in an election year where the dictator will crack down on any hint of dissent.

Panama announces its entry protocols for when international flights start again on October 12. Good news: Anyone can enter. Bad news: 48-hour COVID test (we’ve already seen that’s not easy to get at this time)#Panama #PanamaTravelhttps://t.co/vYzKhbDBNZ

You can travel to Belize now as a tourist, which is great for jobs in hotels and as tour operators. But Belize’s “safe corridor” system means tourists can’t go “off piste”.

They can’t leave their hotel to find a local bar and mix with people. It’s all very sanitized and does little for local businesses.

Guatemala’s land borders are open, but already they’ve been swarmed with Hondurans escaping their country to create another caravan to Mexico and onward to the US.

And Costa Rica is struggling with how to secure a loan from the IMF to stop it turning into Greece.

This week, as Costa Rica made its announcement about letting all Americans in, civil unrest hit the streets as people protested a proposed series of tax hikes. President Alvarado binned this proposal tonight, but questions remain about how he will find consensus to do what needs to be done to cut spending.

Costa Rica’s land borders are still closed and it’s still refusing to allow many other countries to visit. It’s by no means an open country. And then there’s the complications over insurance and COVID testing. The whole thing has been a confusing mess and it’s still not sorted out yet.

All Americans might be able to come in November, but if Costa Rica doesn’t permit quick antigen tests to enter, then it won’t see many of them come.

So yes, let’s cheer and praise the start of a sea change in Central America. But let’s not rest on our laurels. There’s a long way to go for Central America tourism before we’re free and clear out of the woods.

But we’re getting there. We’ll get there.

As new US President Joe Biden settles into the Oval...

What can Central America expect from the incoming Joe Biden...