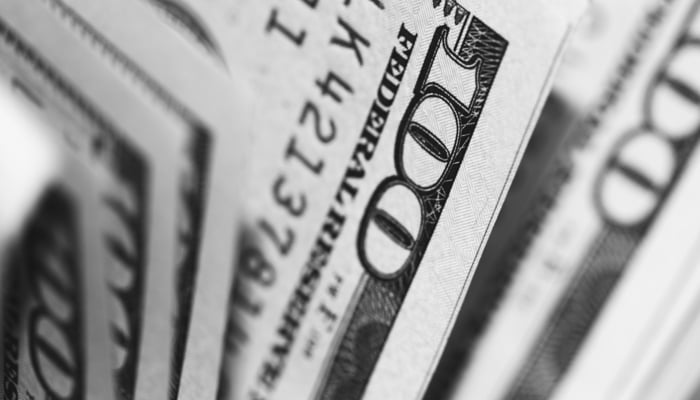 A look at Costa Rica’s proposal to the IMF to secure its latest loan from the point of view of a non-expert observer.

The first thing I need to say here is I’m no economist. I don’t even write about economics. My forte, is, if I have such a thing, travel and lifestyle… with a little politics and opinion thrown in. I know nothing about economics and won’t ever pretend to.

My own personal financial situation is, like many others in Costa Rica, disastrous after six months of this hell.

Costa Rica’s situation is perilous. It seems, from this layman at least, that the proposals it plans on taking to the IMF, cap in hand, to secure a $1.75 billion loan won’t help.

The proposals look like they’ll impoverish an already impoverished country while kicking the can down the road for another president to deal with in 2022.

To this layman, at least, it looks like Costa Rica is avoiding doing what it knows it needs to do to really make a difference. Procrastination is another hallmark of desperation and fear. Been there, got the t-shirt.

So why does Costa Rica need an IMF loan in the first place? Didn’t it just borrow around $500 million from them?

Yes, Costa Rica did just borrow $504 million from the IMF under its Rapid Financing Instrument initiative (RMI). The IMF approved the loan in April, early in the pandemic. For their part, the Costa Rican Legislative Assembly approved it last month.

The reason for this $504 million loan to Costa Rica was, in the words of the IMF, to “provide timely resources to support essential health expenditure and relief measures for the vulnerable populations, and to meet the urgent balance of payment need stemming from the pandemic.”

In plain-speak, Costa Rica was already screwed before the pandemic and needed that money to keep the lights on while all the jobs disappeared, taking much needed tax revenue with them.

In February, when COVID-19 was still something happening to other people in China or Italy, Costa Rica was worried.

Back then, the government announced a series of measures – some of them included in yesterday’s proposal to the IMF – to reduce costs, reduce spending, and get its fiscal deficit down.

Then COVID hit and it all went out the window, forcing the government to ramp up spending and ask the IMF for the RMI loan to help do it.

IMF Executive Board approves US$504 million in emergency assistance for Costa Rica to help the country meet the urgent economic needs stemming from the COVID-19 pandemic. https://t.co/vXShLYzG1d pic.twitter.com/a7tStEbAKV

The stakes are much higher now.

That $504 million was a small bridge loan by IMF standards. A drop in the bucket. Now, Costa Rica’s fiscal deficit is expected to hit over 9%. GDP will shrink by 5%. Unemployment is at its highest rate in history. Experts expect Costa Rica’s debt to hit 70% of GDP.

Everything the government worried about in early February has come to pass and then some. That original $504 million never even hit the sides. Costa Rica now says it needs another $1.75 billion to get it out of its hole and stop itself from becoming Greece or Argentina.

This time around, the IMF won’t be so accommodating. They granted the $504 million RMI under reasonable terms, but they’ve been telling Costa Rica to balance its books for years.

As long as I’ve been in Costa Rica, we’ve had the IMF telling us to raise taxes, cut spending, do this, do that. And as long as I’ve been here, every single administration as dithered and kicked the can down the road for the next president to deal with.

All this is a long time coming and COVID hasn’t created Costa Rica’s fiscal mess. It’s simply accelerated it.

In fairness, the Alvarado administration knew this from the get go.

Not long after taking office in 2018, the administration took on the all powerful public sector unions in an attempt to cut spending.

In September 2018, I wrote, “the Costa Rican government spends five times more than it takes in with much of that going on salaries and pensions in the public sector. To say Costa Rica’s public sector bloated is an understatement.”

President Alvarado rammed through his Strengthening of Public Finances Bill amid strikes and discord erupting all over the country.

Most strikers were public workers upset with much-needed reform like imposing a ceiling on pensions and salaries, and cutting “excessive benefits.”

As a result, many of these more powerful proposals ended up either modified out of any real impact or on the cutting room floor.

The Strengthening of Public Finances Bill ended up being a bunch of tax hikes that, yet again, kicked the can down the road.

I imagine, like every administration before them, they hoped the 2018 bill would keep the wolves from the door juuuust long enough for the next guy to take over in 2022.

But then COVID came and ruined everything. To paraphrase a Scooby Doo villain, “I woulda gotten away with it if it wasn’t for that pesky virus.”

So here we are again, with our begging bowl out. We have to ask the IMF for more money to stay afloat. And we have to promise them that this time, baby, this time, we’ll change and be more responsible.

Yesterday, in a video address, President Alvarado said (not untruthfully and not for the first time) that Costa Rica was in its biggest crisis since its independence almost 200 years ago.

He urged the Legislative Assembly to approve the fiscal adjustments needed to secure the loan and to do it fast.

The problem is, though, the fiscal adjustments themselves.

As I said, I’m no economist, no expert. But even I can see we’re doing the opposite here of using a hammer to crack a nut.

We’re using a teaspoon to crack a boulder.

What the government proposes is a bunch more taxes and the selloff of a couple of meaningless state assets. And to be honest, that ain’t gonna help much. It’s ignoring the elephant in the room.

To get our hands on that $1.75 billion IMF money, the government proposes:

There were some welcome moves in the proposal too. Like a promise (another one) to reform the public sector with wage freezes and eliminating bonuses.

The sale of state assets is minimal, with only FANAL (the state liquor factory, responsible for the guaro in your chiliguaro) and BICSA (an international bank based in Panama) on the table. Both these state institutions are outliers in the scheme of things and different administrations have talked of getting rid of them for years.

Yesterday, President Alvarado doubled down on saying that he wouldn’t even consider selling off any of the other hundreds of assets the government has. Just a foreign bank and a guaro factory.

Last night, political commentator Juan Carlos Hidalgo got it spot on when he talked about the government focusing on taxes more than the hard work of real fiscal reform.

Measures like this, though, bring people out onto the streets like in 2018. It’s easier to simply tax everyone and leave the dirty work to someone else in the future. This is what Costa Rica has been doing for years.

According to Hidalgo, some 80% of the government’s fiscal adjustment to take to the IMF is taxes.

Hardly the “balanced” measures promised by the government in the run-up to yesterday’s announcement.

Last night and this morning, the proposals have been hit by a barrage of criticism from all sides.

Unions like ANDE (the teacher’s union) say that the bulk of the proposal falls on the middle class. They’ll be out on the streets protesting, for sure. Expect more unions to speak out, too.

Trade and business organizations are furious with the taxes on world income and property. Costa Rica will become less competitive. Even less, I should say.

Economists say the proposed taxes on bank transactions will lead to people pulling their money out of banks and relying on cash again.

This would be a pity as Costa Rica’s SINPE system, for example, is one of the best bank-to-bank transfer systems in the world. SINPE makes life easier for thousands of people.

At the time Costa Rica is trying to pull people out of the informal economy, taxing every single bank transaction will push more people back into it.

I could go on, but this article already has the feel of a rant.

What should Costa Rica do?

As a non-expert observer, Costa Rica should focus on cutting its bloated outgoings as much as trying to increase its meager incomings.

Instead of just selling the guaro company and a Panama-based bank, they should sell INS, the state insurance company (why does the government need an insurance company?). Throw in ICE, the telecommunications company, too. And the rest. This is the elephant I spoke of.

If it were down to me, I’d get rid of everything except for the health service (CCSS).

Doing that would go further towards getting Costa Rica out of its hole than anything else. It would certainly help more than taxing the pura vida out of everyone.

Here’s another couple of elephants: raise the retirement age. We’re all living longer. There’s no need for public sector workers to retire in their 50s on full state pensions. Reform that. Take the onus away from private business and let the public sector share some of the load.

Costa Rica has been terrified of doing this for years. Carlos Alvarado tried in 2018 and I respected him for it then. Try again now.

Offer incentives for foreign businesses to come here and take advantage of an educated workforce. That means tax breaks for these companies, not raises.

Like I said, I’m no expert. I’m better writing about surf spots and restaurants than I am about this stuff.

So what’s going to happen?

None of the measures I mentioned above will happen. The government is too scared. It would rather nickel and dime us with Netflix taxes and a few colones on our banks than deal with the pesky elephants.

I actually don’t know what will happen. No-one does. One thing I’m sure of is that the current proposals won’t stand. I can’t see them getting through the legislature. They’ll be watered down.

Expats in Costa Rica panicking about the property taxes and bank transactions needn’t worry just yet. This whole thing will take months.

I guess we’ll end up with some mishmash of the original proposal. One that puts us in more debt to the IMF while simultaneously kicking the can down the road to the next administration. Costa Rica has been excellent at doing that, at least, for decades.

Or failing that, I guess we’ll default. At this point, I don’t know what’s better. And going back to the analogy of Costa Rica being a person, that’s what hundreds of thousands of people are doing. Borrowing a bunch of money from a sugar daddy (or loan shark) just ain’t an option for them.