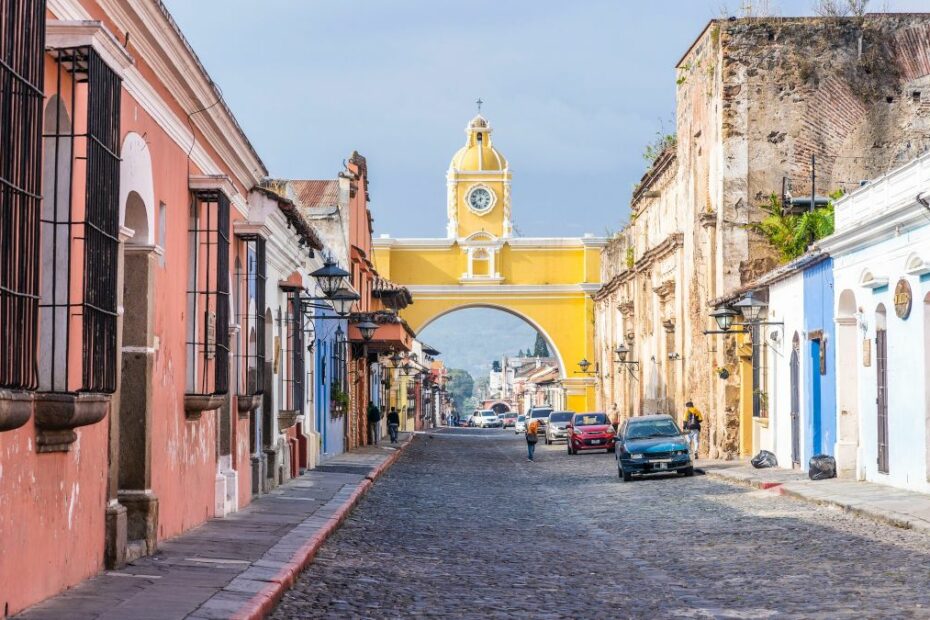 A Look at Guatemala-UK Relations in 2022

Nestor Quixtan takes a look at Guatemala-UK relations in 2022, specifically in the fields of trade, socioeconomic and environmental cooperation, and tourism.

The death, last month, of the UK’s Queen Elizabeth II marked the end of an era. Her reign, the longest in British history, spanned 70 years, from the post-WWII landscape to the technological age we now live in. The 20th-century will forever have the Queen’s stamp on it.

It’s fair to say the death of Queen Elizabeth, and all that happened around the funeral and mourning period put the UK at the center of the world’s attention. Even here in Central America, where the UK is a remote place, way off our usual radar. For their part (Belize, perhaps, aside), Central America is also outside the UK’s main sphere of influence (members of the British royal family have visited the region in the past, though, and not only Belize).

Any traditional European focus from Central America’s standpoint is generally Spain. And even this is country way down the pecking order from the far-more-important United States.

But still, recent events surrounding the death of the queen brought the UK to TV screens all over Central America. And they got me thinking about relations between that country and this part of the world, especially Guatemala.

The UK’s relationship with Central America is quite minimal compared with elsewhere, but there is a relationship. And for the most part, it’s a cordial one, highlighted by cooperation, friendship, and trust.

This also goes for Guatemala’s relationship with the UK. Despite historical issues regarding Guatemala’s ongoing claims over Belize, Guatemala and the UK have nonetheless remained partners and allies.

In this article, I will explore three key areas where Guatemala and the UK work together and maintain relations.

To say the UK is a large economy is an understatement. The UK is the world’s fifth largest economy behind the United States, China, Japan, and Germany. The UK’s nominal GDP was $3.2 trillion in 2021, representing 3.32% of the global economy on its own.

For comparison’s sake, Guatemala’s nominal GDP last year was $85.99 billion, according to the World Bank.

Guatemala’s economy is hardly minuscule in the region, though. It’s Central America’s largest, coming way ahead of Costa Rica and Panama, the second and third-largest in the region ($64.28 and $63.61 billion respectively).

Despite the political and economic turmoil Guatemala has been through over recent years, its status as Central America’s largest economy has not changed.

Over the years, Guatemala and the UK have maintained stable trade relations. Given the disparity between both economies, it’s evident that Guatemala depends far more on the UK as a trade partner than the UK does on Guatemala.

To put this point into perspective, Guatemala is the UK’s 126th largest trade partner, according to British government sources.

Specifically, trade between Guatemala and the UK looks like this:

The 2019 free trade agreement between the UK and Central America has opened doors for Guatemalan exports. Guatemala sends vegetables, coffee, beverages, fruits, sugar, and grain to the UK.

While the UK is a much more significant trade partner for Guatemala than Guatemala is for the UK, the numbers show that trade relations between both countries are stable. The UK has been willing to maintain ongoing trade relations, especially in the wake of Brexit.

The expectations are for trade relations to remain the same. If anything, economic upheaval in Europe may motivate the UK to bolster its relationships with Central America as reliable trade partners become more important.

The UK is no stranger to socioeconomic and environmental cooperation in Guatemala. It's been active in promoting environmental protection policies around the world, including Central America.

A recent visit to Huehuetenango by British Ambassador Nick Whittingham highlighted an invitation for Guatemalans to take advantage of the opportunities provided by the UK-Central America trade agreement. It’s worth noting that Huehuetenango is home to some of Guatemala’s poorest communities. Bringing economic opportunities to places like this can become a beacon of hope for local people.

The UK has also been active in funding initiatives to preserve native ecosystems in northern Guatemala. The Illegal Wildlife Trade Challenge Fund has allocated over $440,000 to projects combatting the trade in illegal wildlife along the Guatemala-Mexico border.

The three-year project has focused on Guatemala’s Maya Biosphere Reserve in Petén and similar reserves in southern Mexico. On the whole, the British government has pledged over $73 million to combat this problem.

These two examples underscore the UK’s commitment to extending a friendly hand to Guatemala.

Tourism is one of the most crucial productive sectors in the Guatemalan economy, accounting for some 10.2% of GDP. The tourism sector provides income and jobs. It also spurs growth, particularly in rural communities.

Tourism between the UK and Guatemala is a symbiotic relationship. Both countries benefit. It makes sense for Guatemala to look to the UK as a strategic partner in its efforts to bolster its position as a go-to tourist destination.

The outlook for Guatemala-UK relations is the status quo. There doesn’t appear to be any sign that the UK will change its political stance toward Guatemala. Even if the Belize territorial conundrum involves the UK, there's no reason to believe the UK will see Guatemala as an opposing faction.

Going forward, it makes sense to assume the UK will continue strengthening its ties to Guatemala. We can expect to see trade, cooperation, and tourism continuing to gain traction.

It’s worth noting that 2023 is an election year in Guatemala. With a new government, many priorities will begin to shift both politically and economically. Even so, we can assume the next Guatemalan administration will continue bolstering its ties with the UK.