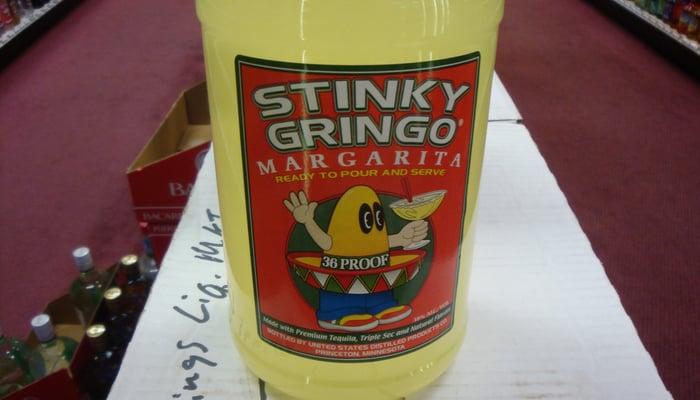 Is “Gringo” Offensive? (And Other Central American Nicknames)

James Dyde knows he’s a fat, bald, white, gringo. He knows this because he gets called it all the time in Costa Rica. But should he be offended? Is “Gringo” offensive?

One of the curious little quirks of life in Central America are the nicknames. As a foreigner here, you will have one and it’s up to your general level of snow-flakiness on how offended you will be by yours.

If you’re reading this, there’s a chance the first thing that many Central Americans will refer to you as is  “gringo”. If you’re a gringo-looking native English-speaker. By gringo-looking, I guess I mean white, although that doesn’t work because there are plenty of black gringos, obviously.

There are plenty of Latino gringos too. Gringos come in all shapes and colors.

It kind of reminds me of Cheech Marin in that Tarantino movie Dusk Til Dawn. You know, where’s he’s talking about all kinds of… well, this is a family website so go look it up on YouTube if you must.

But it’s the same thing. “We got wet gringos, hairy gringos, stinky gringos…”

There are all kinds of gringos and the only thing that makes a gringo a gringo is the perception you’re from the United States.

Note I said perception. That’s important because pretty much any kind of western foreigner who doesn’t come from elsewhere in Latin America is a gringo by perception. And if you’re perceived to be a gringo, well, then it’s simpler to call you a gringo, especially if you can’t – or make no effort to – speak Spanish.

And that includes you, Canadians.

I say this because in all my years knocking around this part of the world, I’ve noticed Canadians are often the most offended and appalled when called gringos. I get how they want no association with their noisy neighbors to the south, but you see how much they don’t when you come to Central America.

They feel insulted to be called a gringo. But if you’re Canadian, you’re a gringo. Get over it.

Same goes for my fellow Brits. We’re gringos too. We can huff and puff and be like, no, we’re European! But you know who cares about that? No-one. You look like a gringo, gringo. Especially if you wear socks with your sandals and a Hawaiian shirt. And if you look gringo, then you’re a gringo.

It’s funny because the origin of “gringo” comes from Spain and means any foreigner, or anyone who doesn’t speak Spanish as a first language. In fact, in 1787 the Diccionario castellano con las voces de Ciencias y Artes mentioned the word to describe the Irish in Malaga, Spain. Go figure.

But since 1787, in Central America, gringo doesn’t mean “any foreigner”. A group of Japanese tourists, for example, aren’t gringos. They’re “chinos”. Gringo means gringo. Gringo means they think you’re from the US but don’t care either way as Canada and the UK and Ireland are all the same thing, right?

Outside of Canadians and Brits and Irish and whoever else, no-one takes offence about being called a gringo down here. It’s just a nickname, nothing else. I’ve seen a few people pissed off about it, but it takes hardcore snowflakery not to mention a complete lack of cultural understanding to worry too much about it.

It’s not a derogatory term at all. Unless it is, and then you’ll know it. Usually by the word “hijueputa” spoken before “gringo” by the person addressing you.

Hanging out on Utila in the Bay Islands of Honduras. Photo credit to @you.me.andthe.sea #centralamericaliving

A post shared by Central America Living (@centralamericaliving) on Feb 7, 2019 at 8:52am PST

Nicaraguans particularly use this and it means “white” or “milk”, which is why us pasty northerners get called it. In fairness, chele means white-skinned person, thus the perception of gringo. But many white-skinned Nicaraguans and other Latinos also get called chele. Again, not an insult, at least not in Nicaragua.

You might see a pattern emerging here. Nicknames are about how you look in this part of the world. If you look like a gringo, you’re a gringo. If you look white and pasty, you’re a chele.

In Central America – in Latin America – there are none of the reservations we have about this in North America or Europe. I still don’t know if that’s a good or a bad thing.

It shocked me back in the day hearing people all over Central America openly call others “negros” or “chinos” or “indios” or whatever. That wouldn’t fly in my country.

An example is the Uruguayan football (soccer) star Luis Suarez. You might know him as that gifted but flawed player who liked to get handy with his teeth and bite opposing players.

Back in 2011 he played for Liverpool FC in the English Premier League. During that 2011/12 season, during a game against arch-rivals Manchester United, Suarez got into it with then-United captain Patrice Evra.

Evra, a Frenchman, accused Suarez of racially abusing him during their confrontation in the match, an accusation Suarez denied.

Suarez said he was speaking in Spanish to Evra and referred to him as “negro”, something that everyone does all over Latin America. He said he was no way racially abusing Evra, merely using the word negro as a descriptive nickname.

Was Suarez being racist to Evra or not?

I don’t know. Only Suarez knows that. But he was correct in saying that what he said was common all over Latin America and not used as a racial slur, more of a nickname.

Evra, a European, brought up in France, did not believe a word of this. Neither did the English Football Association who fined him the equivalent of over $51,000 and banned him for eight games. A classic case of culture clash?

As someone who lives in Latin America, I’m inclined to believe Suarez here. But for anyone not familiar with the nickname culture in this part of the world, I can see how shocking it is.

That said, by 2011, Suarez had lived in Europe for close to five years and should have known better than to say what he said, so I don’t feel too sorry for him. The guy’s an idiot.

That used to shock me as much as “negro”. If I went on the streets of Soho, which is the center of London’s Chinese community and called any random person a “Chinaman”, I’d get a smack in the face. But here, it’s common. In fact, it’s common to call anyone from east or southeast Asia “chino”, no matter if you’re Japanese or Korean or Vietnamese.

Is it the same question as asking if I should take offense at gringo? Again, I don’t know.

All I know is that the person calling you gringo or chino more than likely intends no offense. But does that make it okay?

It’s the same with body shaming.

In the US or Canada or Europe, you’re not allowed to identify someone by their weight anymore. You can’t call someone fat or thin. But here that’s standard operating procedure.

“Gordo” (fat) and “flaca” (thin/skinny) are acceptable nicknames to call someone to their faces even if you’ve only just met them and don’t know them.

I remember years back I used to run 10k races and half-marathons all around San Jose. I like running and it kept me fit and helped me lose weight. Back then I had a chunk of weight to lose. Kinda still do.

There used to be a photographer who took pictures at all these things. He’d photograph the competitors at one race and then sell the prints at the next one. He attended every race.

One time I was warming up before a race and this guy yelled at me across the street to come over and see him because he had a photo of me running the previous race. Now this guy didn’t know my name so to get my attention he yelled, “Venga gordo! Venga macho!” That means “Come here fatty! Come here whitey!” “Macho” is kind of like “chele” in Costa Rica.

I went over, shook his hand, and bought the photo. Should I have felt offended? In the US or UK, sure. Here in Costa Rica no way. If he hadn’t caught my attention with gordo or macho, he might well have even dropped the g-word on me.

Nicknames are so ubiquitous here it’s almost impossible to take offence by them. Every country in the region has nicknames for themselves, too.

Costa Ricans are Ticos because of the national propensity to add a diminutive to words, to make them sound cute. “Comida” becomes “comidita” or “perro” becomes “perrito”, for example. Ticos are proud of their nickname and think of it as part of their cultural heritage. A male Costa Rican is a Tico, and a female is a Tica. It is no way a slur unless it’s from a Nicaraguan with that word again “hijueputa” added to the front (only joking…. kind of).

Nicaraguans, for their part, call themselves Nicas. This is short for Nicaraguan and has no racial bias. I see many expats and foreigners say Nica is female and Nico is male, like the Tico/Tica thing. That is not true. Everyone is Nica. Other expats say Nica is an offensive slur. It might be because the word sounds like another offensive racial slur in the English language beginning with the same letter. Or maybe in Costa Rica, it often is a slur because of the general mistrust and dislike many Ticos have for Nicaraguans. But for Nicaraguans themselves, in Nicaragua, they’re “100% Nica como gallo pinto!”

Same in Panama. There’s not so much of the proud nickname thing going on here like elsewhere, but Panamanians call themselves “Panas”, like Nicas say Nicas. “Canalero” is another Panamanian way of identifying with themselves.

Hondurans are “catrachos” and this one is a source of real pride, like with Ticos.

It derives from the Honduran general Xatruch who defeated William Walker in battle in the 1850s. Another term from the William Walker days is “guanaco” for Salvadoreans, because of the Salvadorean army meeting under guanacaste trees. Guanaco is sometimes seen as an insult in El Salvador, though, depending on who’s using it and how.

Chapin is far less controversial than guanaco and is a source of pride in Guatemala. If you’re Guatemalan, you’re a “Chapín”. It comes from an old shoe that Guatemalans used to wear and you’ll see the word all over the place like you’ll see “Tico” everywhere in Costa Rica.

And even Belize has its nickname for its people. I say “even” because Belize is an English-speaking country. It doesn’t really share the Latin propensity to call everyone anything except for their own names. But if you hear anyone refer to themselves as a “Jewelizean”, you know they’re from Belize. Belize’s nickname as a country is “The Jewel”, so it comes from that.

So it turns out that everyone and everything has a nickname here in Central America, even the nations.

If you’re easily offended, you might need to work on that before you come down.

If you’re fat or white or black or skinny or bald or hairy or Asian or wear glasses or whatever, people will call you out on it.

I’m a fat white bald gringo. I’ve made my peace with that. Can you do the same?