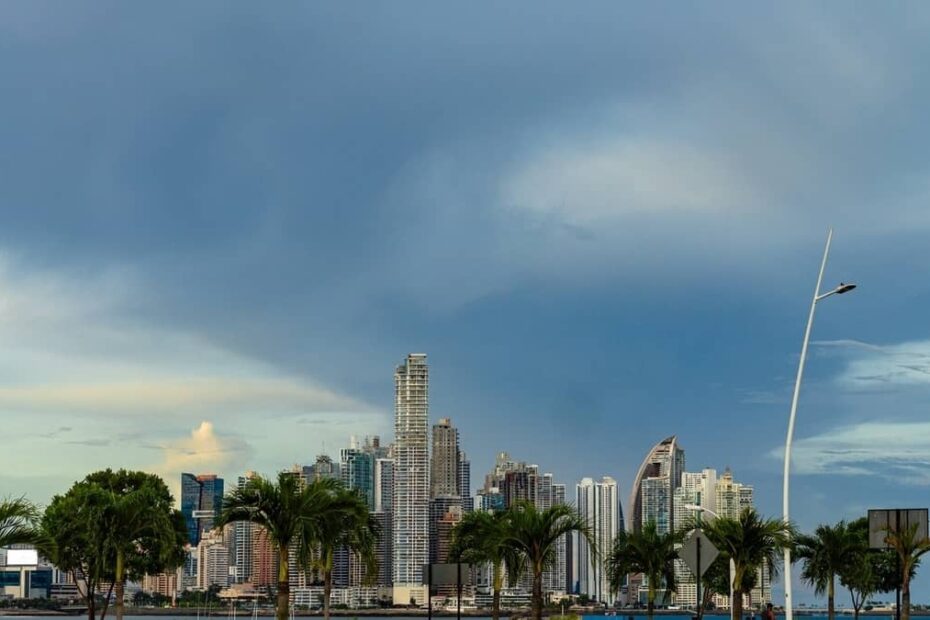 Is Panama part of Central America? On a map it obviously is. But actually, it’s not that simple. This article explains why Panama is traditionally set slightly apart from its Central American neighbors to the north.

We’re always receiving comments on social media asking why we include Panama on this website.

One or two comments like this I’d put down to simple ignorance, but they come all the time. And some of the most popular search terms regarding Panama always ask exactly where the place is. Is it Central America, South America, Florida, whatever.

But the gist of many of our comments, from Central Americans,  is the same – Panama isn’t part of Central America and shouldn’t be part of this website.

Got me thinking though. Is Panama part of Central America or not? Am I the one being ignorant here? 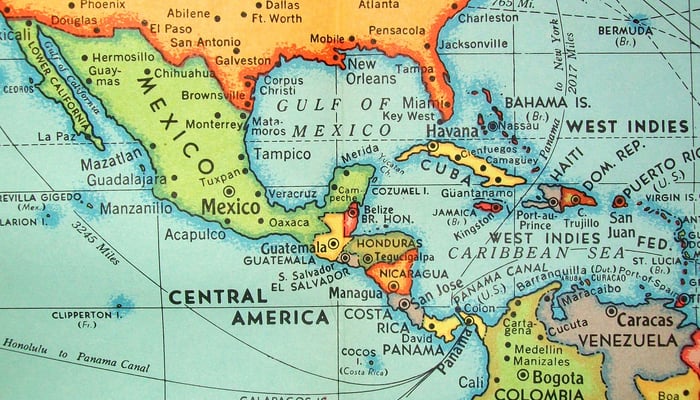 The straightforward answer is yes, of course, Panama’s part of Central America.

I mean, look at a map for gawdsake. Central America is the isthmus separating North and South America. Panama is part of that isthmus – some might say the most “isthmusy” part – and so is part of Central America.

Central America starts in southern Mexico, around Oaxaca and extends into the Yucatan. From there it runs down through Belize, Guatemala, and the other countries, ending in the jungles of the Darien where Panama and Colombia meet, and South America starts.

But not so fast. In geographic terms, Panama is part of Central America, sure.

The answer there is no. And this, I’ve learned, is why people ask us why we cover Panama. My thinking the question was ignorant was ignorant in itself. 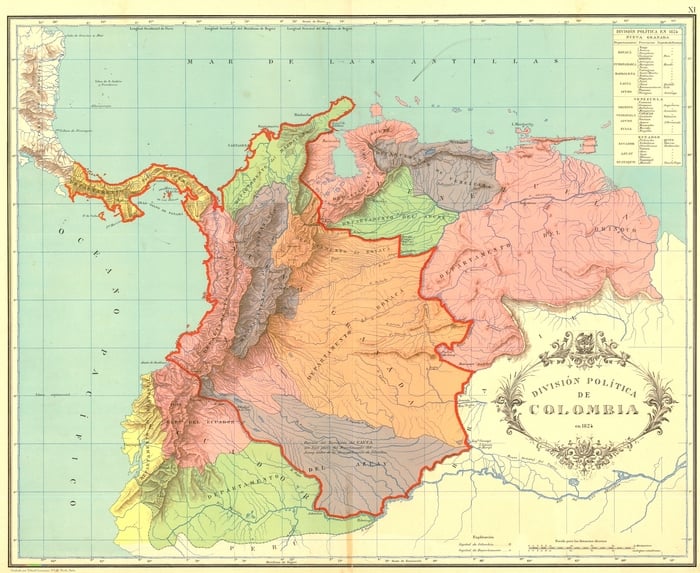 Map showing the shrinking territory of Gran Colombia from 1824 to 1890 (red line). Panama declared its independence from Colombia in 1903 / Wikipedia

Panama, you see, used to be part of Colombia. It was Colombia until they broke away in a US-backed secession brought about because an independent Panama would be more cooperative about the Canal.

In the meantime, the rest of Central America was part of the Viceroyalty of New Spain, administered from Mexico. 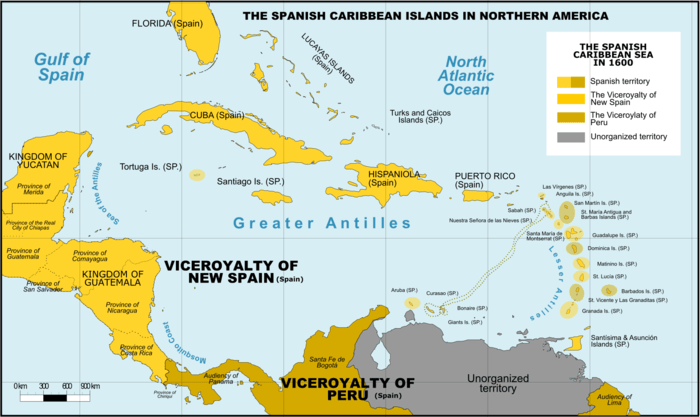 When Central America broke free from the Spanish and became the Federal Republic of Central America, it was those five countries. A nickname for Honduras, is, in fact, “Five-Star Country” after the five stars on its flag representing the Central American nations.

And on the flipside, many Panamanians don’t really consider themselves Central American.

They don’t think of themselves as Colombian either, that’s for damn sure. More like almost citizens of the world given their geographic position as a bridge between continents. Does that make sense? 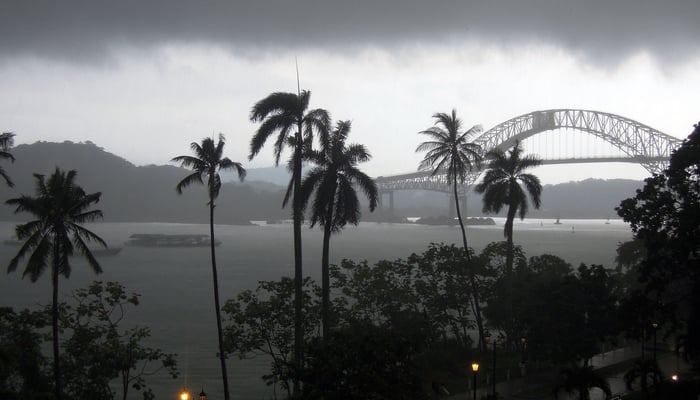 The Bridge of the Americas across the Panama Canal entrance in Panama City. It’s a symbol of Panama’s status as one of the great crossroads of the world / Serge (Flickr) / Commercial use allowed

As part of Colombia, Panama never really identified with the rest of Central America, and to this day, seems more South American than Central American. At least to me.

When I’m in a Colombian city like, say, Bucaramanga, I’m reminded of Panama City, yellow taxis and all.

There’s an anecdote a friend of mine uses when asked why he moved to Panama from Costa Rica.

Back in the early 2000s, he took a trip to Panama City. He was living in Costa Rica at the time so I guess he was doing a visa run or checking out business ops or whatever. Maybe he just wanted to take a quick vacation to Panama. I can’t remember and it doesn’t matter, anyway.

Anyway, while in Panama City, like any red-blooded dude in his 20s, he decided to check out the action on his first night in town.

Things got hazy but fast forward to the early hours of the morning and my friend found himself in some sweatbox of a joint in El Chorillo (or some other area a newbie gringo like him had no business whatsoever being in) grinding away to reggaeton sandwiched between two chicas, one in front, one behind, both of them busting moves that’d make his Sunday school teacher blush.

That’s when he realized, “shit man this place is great I gotta move here”.

Later, back in Costa Rica, he explained over beers. That night reminded him of Rio de Janeiro, of Barranquilla, of sultry South America, of a true carnival spirit unlike he ever saw in Central America.

The Panama City Carnival is one of Central America’s biggest parties. Here’s how to handle this event like a boss. https://t.co/2Oca6AJquU#Panama #PanamaCity #carnaval2018 #PanamaCarnival #CentralAmerica pic.twitter.com/8klB5iAMEC

Central America can party, but Panama had a different vibe, at least to this gringo.

To him, Panama City had a South American, also a Caribbean vibe, and in the intervening years, I’ve been there enough myself to know what he meant.

It’s the South American-ness of Panama that makes me love it so much.

As someone who lives in Costa Rica, Panama has a more “I’m abroad” vibe than Nicaragua or Guatemala or elsewhere. Sounds odd, but it’s true. It’s like I’ve gone somewhere different, to a different continent, even though it’s only next door.

I love the intrigue and the atmosphere in Panama, I love the stories of Omar Torrijos and Noriega and the whole Graham Greene-esque vibe of the place. The Path Between The Seas by David McCullough is essential reading in this part of the world.

Sure, I know Nicaragua, El Salvador, and the other places have their intrigue, but to me, Panama feels more exotic. It just does. Some of the best stories I’ve heard about this region have been from Panama.

Maybe that’s the crux. Panama is the exotic stepbrother to the rest of Central America with a different backstory, a different upbringing. Not better, not worse, just different.

The comment below says it all, I think. It’s in response to the image posted at the top of this article from the Facebook page Mi Panama, of Casco Viejo in Panama City. The commenter thought it was Cartagena, Colombia.

And speaking of commenters, one of the ones who inspired this article posted the difference between Centroamerica and America Central (or Central America). I’d never thought of it like that before and found it interesting.

Centroamerica is the five countries – the original Central American Federation. You’ll see “Centroamerica” on license plates in all five countries, which you won’t see in Panama (or Belize – another country we get similar messages about, but that’s another story). 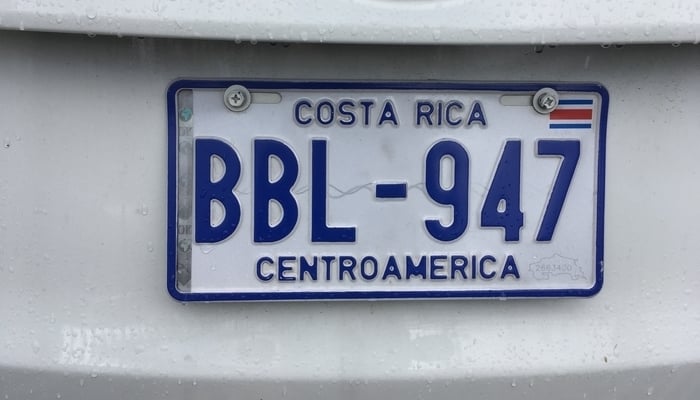 License plates in Panama don’t look like this / James Dyde

Centroamerica is a political concept, a political union, while America Central is geographic. As someone not native to the region, I never realized how huge this difference was, even after almost two decades years living here. Now I do.

Panama isn’t Centroamericano but it is Central American.

So we won’t stop including Panama on this website.

To us, Panama is Central America, the same as the other six countries. Just with a different flavor.

We do need more writers in Panama though. That’s my only complaint about the place. Anyone up for helping us out? If I have a ton of Panama stories without even living there, someone else down there must have more. 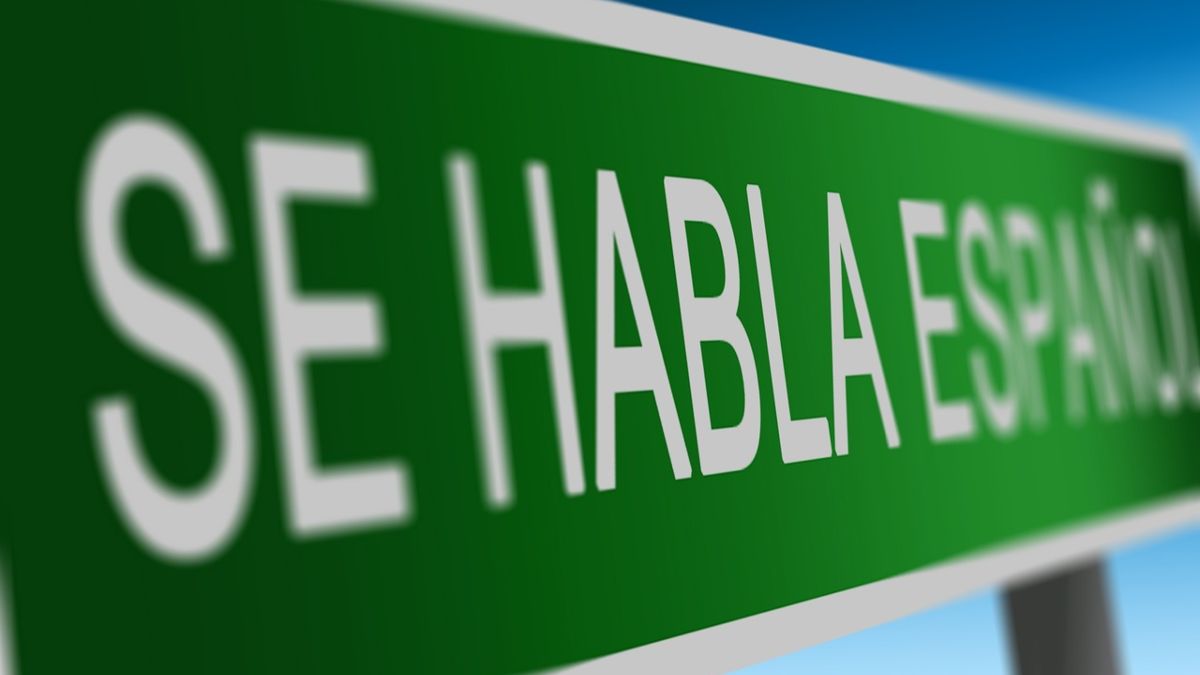