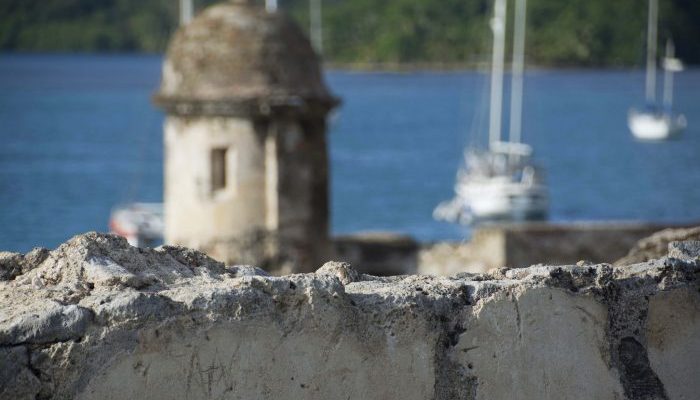 Panama has been a global crossroads ever since humans first passed through the country.

Panama was far too south for Mayan and Aztec influence. And the thick jungles of the Darien prevented too much influence by the Andean civilizations to the south.

The indigenous peoples that the Spanish found were thus generally more primitive. They lived in small villages or survived as hunter gatherers and fishermen. Indeed, the name “Panama” itself comes from an old indigenous word meaning “abundance of fish.”

With that said, despite the lack of influence from the larger pre-Columbian civilizations, Panama’s indigenous peoples were not fully-isolated. The region then, as now, was still part of a great Pan-American trading route. Gold, ornaments, and pottery have been found from all over the Americas in Panama.

The first European to arrive in Panama was the explorer and conquistador Rodrigo de Bastidas. He first arrived in the New World with Columbus on his second voyage.

After returning home from that expedition, Bastidas received permission to launch his own expedition. He set sail in 1499.

After exploring the coast of northern Colombia, Bastidas ended up reaching Panama in 1501. He sailed around the San Blas Islands are now before heading to Santo Domingo to repair his ships.

The following year, Columbus himself reached Panama, following the coast down from Costa Rica in his fourth and final voyage. He put into shore in the Bocas del Toro, where the bay and a local town, Almirante, are still named after him. Columbus followed the coast along the top of Panama to what is now known as Portobelo, which he named himself. 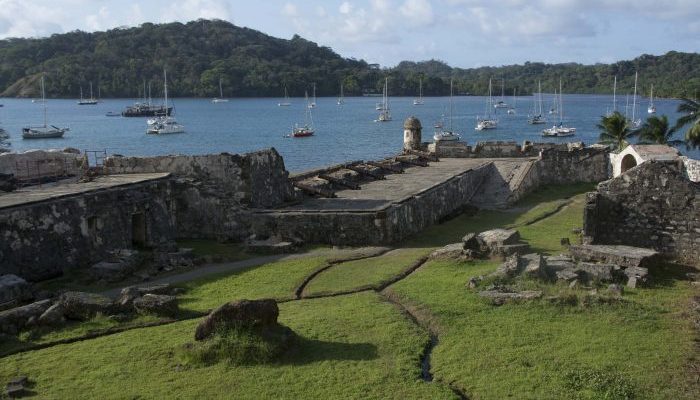 A few years later, in 1510, the Spanish arrived back in the area. They founded a settlement called Santa Maria de la Antigua del Darien, which is now in modern-day Colombia. Santa Maria was the first European settlement on the American mainland and a base for all future exploration.

The leader of the settlers, Vasco de Nuñez de Balboa, first came to Panama with Bastidas in 1501. He had his own ambitions for glory.

Balboa had heard from the indigenous people that there was another ocean close by and that the land he had settled was, in fact, an isthmus.

After crossing the isthmus and both conquering and befriending tribes along the way, Balboa finally walked into the Pacific Ocean – the first European to do so – on September 25, 1513. He claimed the whole sea for the Spanish crown.

It took a further 6 years for the Spanish to begin colonizing the Pacific side of Panama.

In 1519 Pedro Arias Davila arrived in Santa Maria on the orders of the Crown to govern the area. The first thing he did was abandon the settlement and move across the isthmus to the Pacific. There, he founded a settlement called Nuestra Señora de la Asunción de Panamá, now known as Panama City. 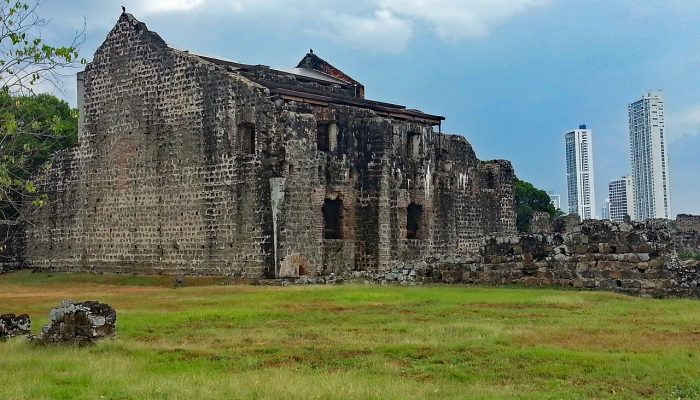 Using this settlement as a base, Davila built ships for the Pacific Ocean and sent explorers up and down the coast.

The importance of Panama City in the Spanish conquest of the Americas cannot be overstated.

A Pacific base for the Spanish ensured not only the conquest of Central America but also that of the Inca Empire in Peru.

Once the Spanish had firm possession of the Americas, Panama was able to transform into what it is today. A transit point for people traveling from one part of the world to another.

Panama City was also the point where a lot of plundered treasure from the conquest of the Incas ended up before being shipped to Spain. As a result, the settlement became a town and the town became a rich city.

The Panama City that founded by Davila lies about three miles east of present day Panama City. The English pirate Henry Morgan burned Davila’s original city to the ground in 1671. Being attacked by pirates was an occupational hazard of being a wealthy city that transported gold in the 17th century. 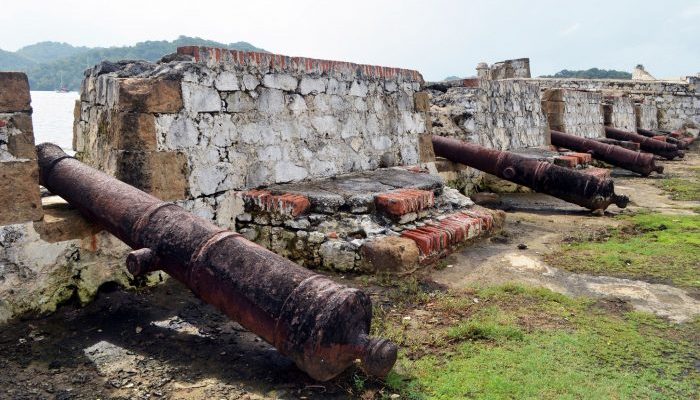 Unlike the rest of Central America, Panama was part of the Viceroyalty of Peru. This meant that it took its orders from Lima rather than from Mexico or Guatemala City.

This crucial difference is still evident today. Panamanians don’t see themselves as Central Americans or share Central American pride like the other countries on the Isthmus. They have a different history.

The Viceroyalty of Peru got broken up into more manageable parts in 1717, as part of a restructuring exercise. Panama found itself part of the newly-formed Viceroyalty of New Granada. This new viceroyalty consisted of Venezuela, Colombia, and Ecuador, and was ruled from the Colombian city of Bogota.

The 1800s brought independence to most of Latin America as the Spanish Empire crumbled.

Panama was a part of Colombia until 1902. During the previous 80 years, a secessionist movement on the isthmus had started. There was a definite school of thought on the Isthmus that Panama needed to break away.

By 1902, Colombia had been in the grip of a civil war spanning over two years, and Panama had had enough.

The United States had already decided that it was going to build a transcontinental canal through Panama, even after a French attempt to do so had failed in the 1880s. It was this French attempt, that prompted Theodore Roosevelt to negotiate with Colombia for the rights to continue France’s work.

These negotiations came to nothing as Colombia rejected American advances for a deal. This prompted the US to look at helping Panama achieve its independence from Colombia instead.

The US government gave the Panamanian pro-independence movement a boost when they implied that they would give military support to Panama if it broke away from Colombia. On November 3rd, 1903, Panama declared independence with US protection. In return, the new republic gave the US control of what was to become the Panama Canal Zone. 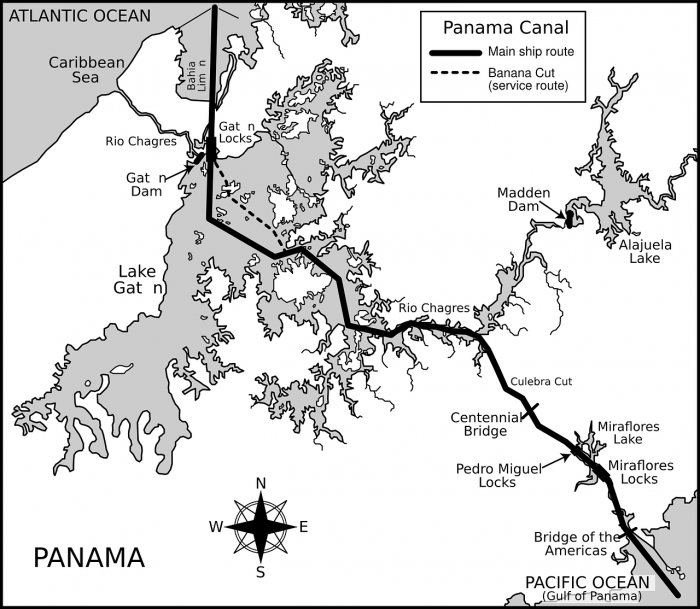 Work started on the Panama Canal shortly afterward, and it was complete by 1914. The Panama Canal was the greatest single engineering feat in history. And despite cutting through Panama, it was all American.

The Panama Canal Zone was in effect, a part of the US inside Panama. It stretched alongside the length of the canal for five miles either side, only excluding Panama City and Colon on each entrance. Residents of the Canal Zone worked for the military or for the canal administration. Senator John McCain, who ran for US president in 2008, was born in the Zone in 1936. 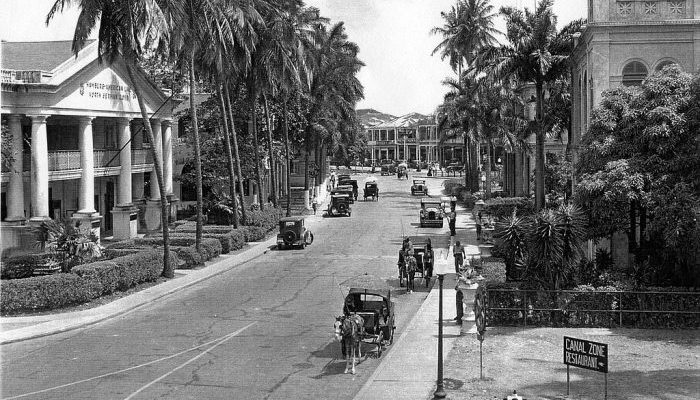 In the meantime, Panamanians found themselves on the outside looking in. They saw a canal that divided their country in two and for which they received none of the profits.

In 1964, the situation reached a boiling point when 27 students died during a protest against the US presence in Panama. This led to a crackdown by the Panamanian military which in turn led to dictatorship when Omar Torrijos took over the country.

Torrijos, despite taking over with the approval of the Americans, was instrumental in working with Jimmy Carter in the 1970s to work out a deal where Panama would one day take over the control of the Canal. The Torrijos-Carter Treaty guaranteed that the Canal and the Canal Zone would pass to Panamanian control by the end of 1999. It also guaranteed that all US troops would leave the country.

Torrijos died in a plane crash in 1981, still buoyant after his treaty with Carter. One of his proteges, Colonel Manuel Noriega, filled the power vacuum.

Panama in the 1980s under Noriega’s rule went from bad to worse. There was a point where the US considered reneging on the Torrijos-Carter treaty. Noriega, operating behind puppet presidents that he installed through rigged elections, enriched himself through drug trafficking while working for the CIA to destabilize Nicaragua and other left-leaning Central American countries.

By the late 80s Noriega had become a major embarrassment to the United States. President George H.W. Bush, a former CIA chief, decided to take him out.

The Panamanian economy was in ruins after years of sanctions and the people were in open protest. On December 20th, 1989, Operation Just Cause began. 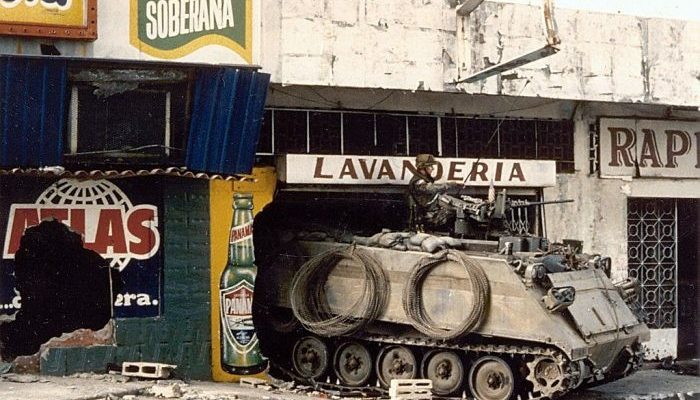 US Dept. of Defence / Wikipedia

Almost 28,000 US troops invaded and took control of Panama City after some short but fierce battles with Noriega’s Panama Defence Force. Noriega himself took refuge in the Vatican City Embassy, where he surrendered on January 3rd, 1990. He was immediately flown to Miami to face drug trafficking charges.

After the US intervention, civilian rule returned to Panama. 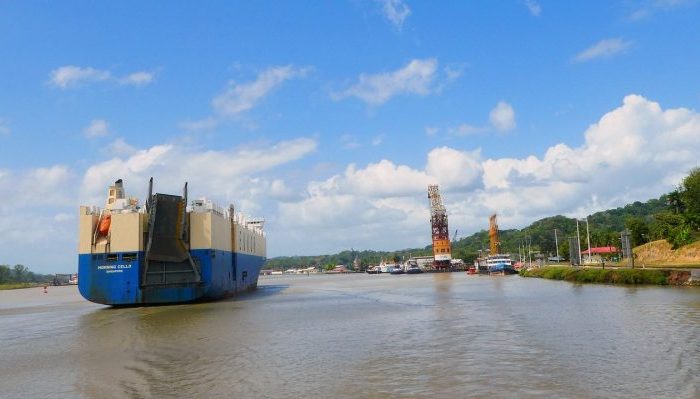 Work began on rebuilding the economy and preparing for the handover of the Canal in 1999. Since January 1st, 2000, Panama has been in full control of its own destiny for the first time since independence. It finally owns and operates the canal that runs through its territory, and that gave it its independence.