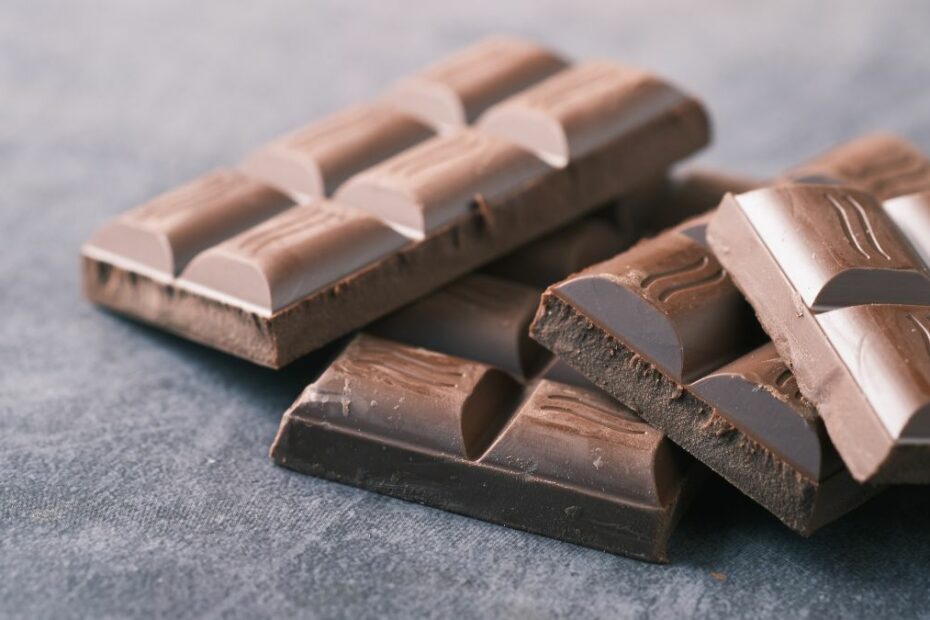 Belize has some of the best chocolate in the world. Not surprising, as it is the home of chocolate. But who’s making the best chocolate in Belize? On this International Chocolate Day, we take a look. This article contains a link (or links) to Amazon, from which, as an Amazon Associate, this website will earn a small commission if you make any purchases.

A poem about chocolate:

Did I say it would be a good poem? If you love chocolate, though, you understand.

But wait… Is Belize a chocolate Mecca? Seriously?

People travel the world to sample chocolate from the best chocolatiers on the planet and it’s a rare thing to hear about Belize being in that mix.

We all know about Swiss, Belgium, French, and other fancy chocolates, but did you know chocolate is a Mayan invention? Which means Belize has unequalled bragging rights when it comes to chocolate. Some even call Belize the “cradle of chocolate,” since this exquisite confection actually originated in the area.

A brief history of chocolate in Belize

If Christ came to Belize when he was on the earth, he could have enjoyed a tasty chocolate beverage. In the 1980s, archaeologists found fourteen Maya chocolate pots, deemed to be over 2,600 years old. Some still had traces of chocolate! They say the Mayans liked to drink their delicious, dark chocolate beverage at every meal—I mean, duh! I like coffee, but chocolate with every meal? Sign me up!

The Hershey company housed their cacao plantation in Belize from 1984 to 1987. This was great for the Belizean economy until chocolate prices plummeted. Hershey abandoned Belize, and many farmers, who were growing cacao to service the company, were out of business.

Many of those old cacao groves now grow citrus fruits, a current cash crop in Belize.

Chocolate production came back to Belize through a British company called Green and Black’s (latterly bought out by Cadbury), who began buying their cocoa from Mayan farmers in 1994.

The market has been returning since then through the efforts of the Toledo Cacao Growers Association among others. They produce organic chocolate for European markets, plus they train and assist local farmers in cocoa production.

The Toledo district is in the far south of Belize, and is the hub for most of the chocolate production today.

Local producers followed, with more coming along each year. The first actual chocolate bar produced in Belize came from a company owned by Richard Burns. He managed the Hershey facility in Belize before it closed. Burns began his own chocolate production in the late 90s and named his company Theobroma, Greek for “food of the gods”.

Theobroma was the first Belizean-owned chocolate company, but it soon folded and there was no local chocolate production until the late noughties.

Enter Goss Chocolate, started by Kerry and Linn Goss, from the Placencia area, still a favorite today. The Goss family uses only organic, local-grown chocolate, and milk from a local dairy. Their offerings have once again established Belize as a world-class, chocolate-producing nation.

Others soon followed. Notable artisan chocolatiers in Belize today include Cotton Tree Chocolate in Punta Gorda, BCC (the Belizean Chocolate Company) in San Pedro on Ambergris Caye, and Ixcacao Maya Belizean Chocolate, which is one of my favorites.

Ixcacao is a Mayan business based in the town of San Felipe in the Toledo District, outside Punta Gorda. Owners Juan and Abelina Cho grow the best organic cacao, using sustainable farming methods. They refuse to use any artificial flavorings. They believe that “chocolate will save the rainforest.”

If you go to Ixcacao (pronounced, “ees-kuh-cow”), don’t leave until you’ve tried the chocolate chicken!

Abelina, aka “The Chocolate Queen,” doesn’t follow a recipe. She goes out into the garden and harvests everything she needs for the meal right on site. You can choose chocolate chicken, pork, or fish, but whatever you get, it’s worth the trip from wherever you are.

There’s even a chocolate festival in Punta Gorda, the largest town in the Toledo District. Here you can even get chocolate soap (that’s soap, not soup) and chocolate beer (that’s just… beer)! The Cacaofest, held in late May, features live music, dancing, incredible food, and a lot of fun. And chocolate.

Drink chocolate and boost the economy

Cocoa is trading on the commodities market at around $2.35 per kilo, part of a general continuous rise since it crashed in 2017. Maybe the Mayan gods are reminding us how healthy chocolate is, and encouraging a return to that three-times-a-day, drink-with-every-meal concept. That would be a definite boon to the market. Again, sign me up! 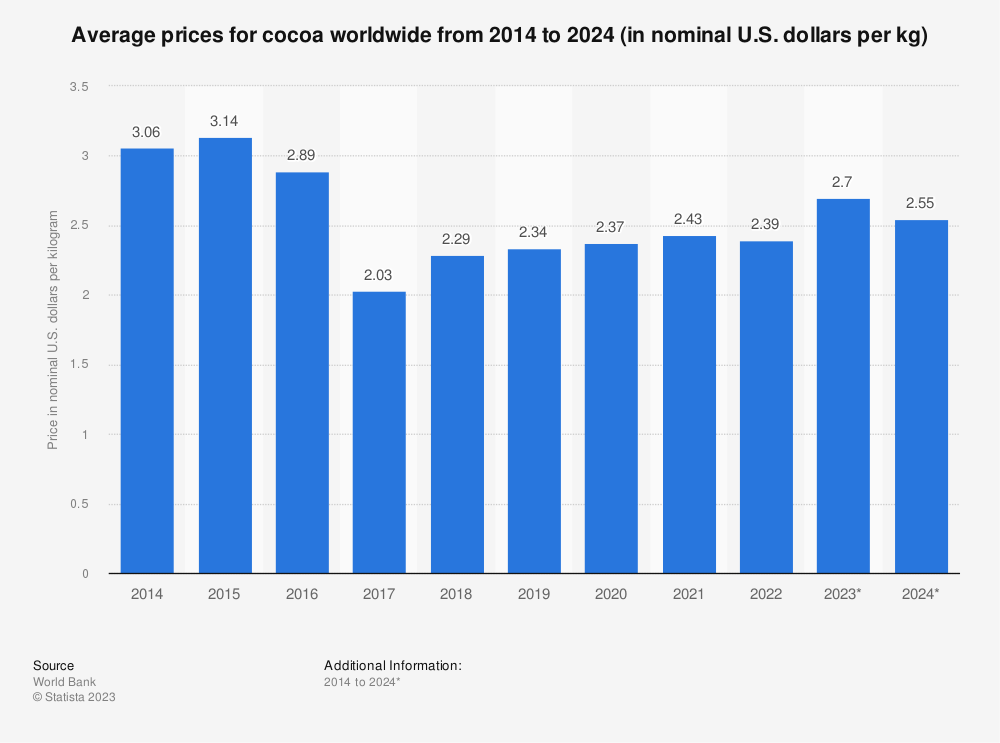 Find more statistics at Statista
Catherine “Cathi” Bray is a travel agent, freelance writer, and firearms instructor who splits her time between Belize and Texas with her husband, Tom and their Great Dane/Mastiff mix, Allen, and Poo-Hua-Hua puppy, Maya. 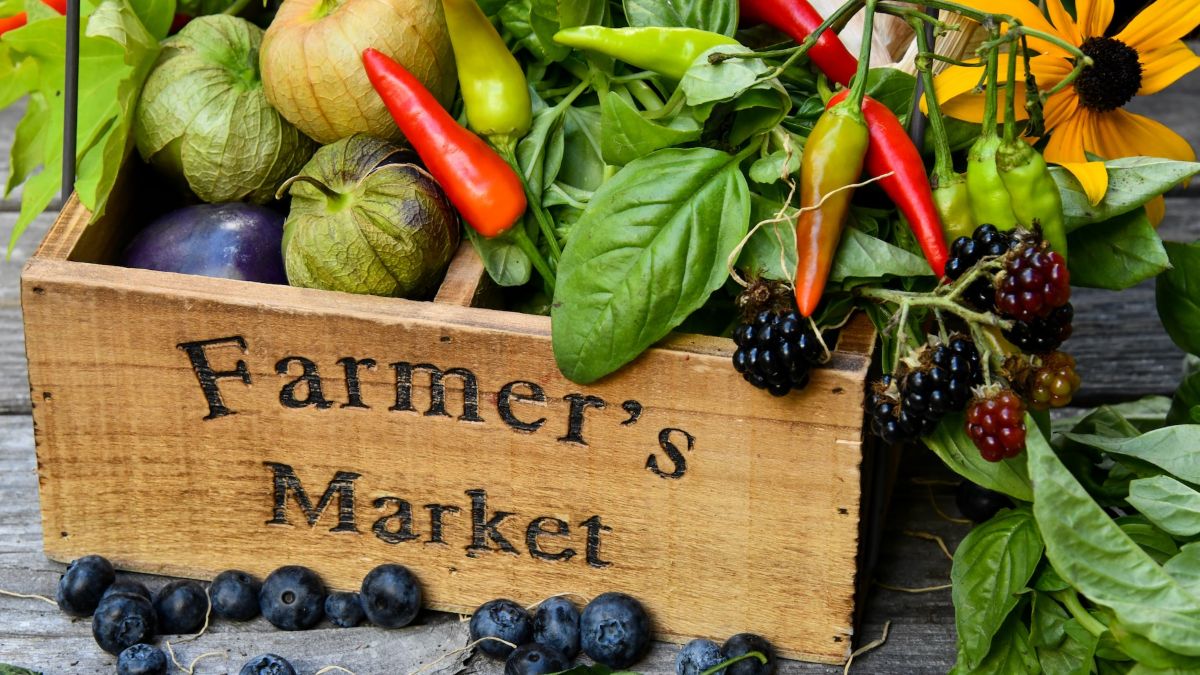 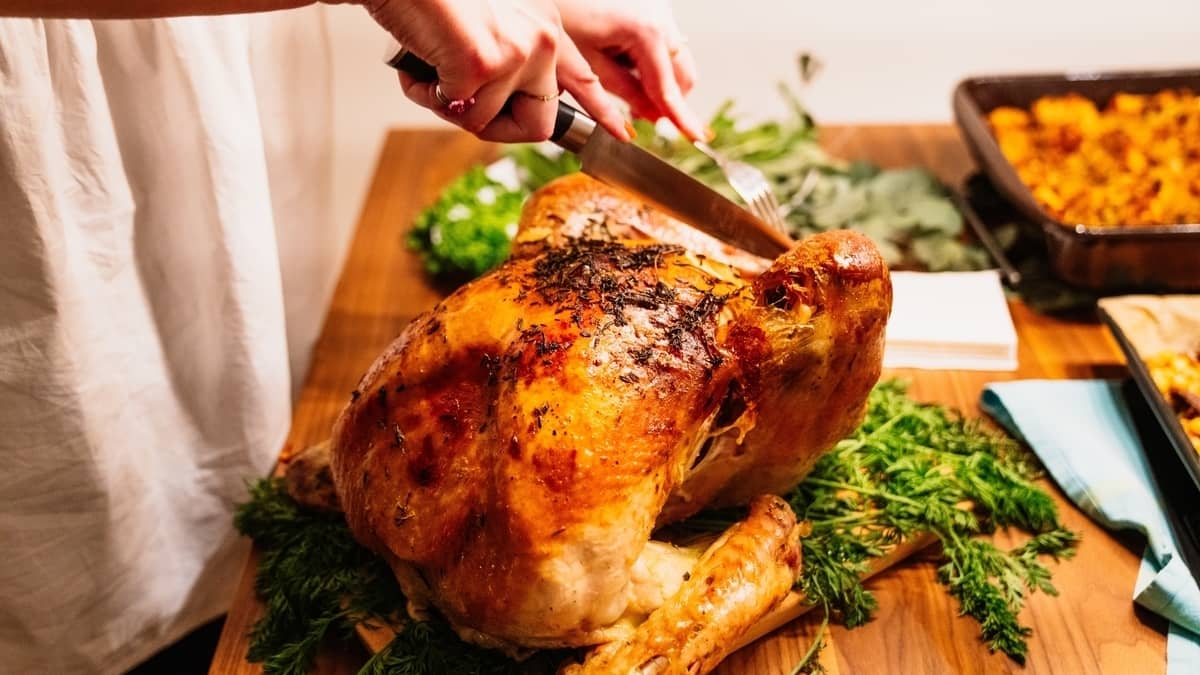