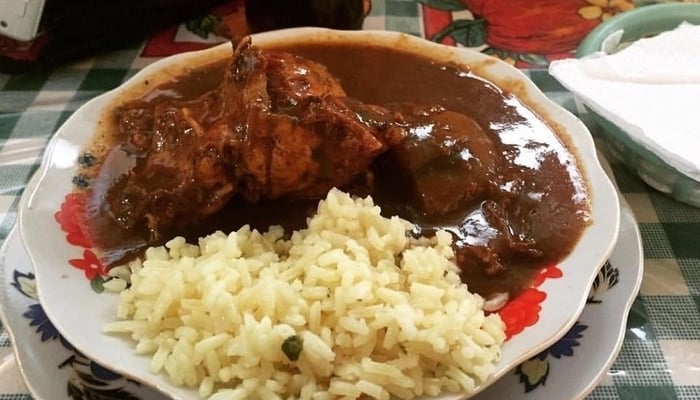 Guatemalan food is a clash of worlds, Mayan and Spanish. When these two cuisines collided, a new way of eating developed in Guatemala and the region. Nestor Quixtan examines some of the more popular dishes in Guatemala.

Modern-day Guatemala inherited valuable traditions from the Maya, sustained through the centuries until today. One example is the cuisine of this land – the Mayans were expert in sowing corn and had built a food culture around that. The Spanish brought their own cooking styles and a new Guatemalan food culture came about when they met.

Guatemalan recipes are an essential part of the culture here and are always evolving. Antigua and Guatemala City both have restaurants opening all the time where young Guatemalan chefs experiment with new ideas born out of deep traditions.

Guatemala is known for its delicious and diverse flavors. The best thing is to try these culinary delights is very simple, since you can find in our street food a variety of dishes and authentic experience that characterize us. @guatemalafood @heart_of_travel 🌮🍻☕🍽🌯🍷👌 . . . #streetfood #foodexperience #latinamerica #experience #autentico #pueblos #guatelinda #gt #foodtravel #instatravel #cookingtravel #friends #amazing #meetpeople #fancy #delicious #traveltheworld #cuisine #traveling #comunity #girlslovetravel

But traditional dishes like tamales, chicken broth, pepián, fiambre, and ceviche still stand out throughout Guatemala.

Women and children patrol the streets on Saturday nights shouting “tamales! tamales!”, calling for folk to come out and buy their dinner. In some communities homes hold a red light outside a door or window, meaning there are fresh tamales for sale inside. Unlike elsewhere, a red light in Guatemala DOES NOT mean you’re entering a brothel!

But what are these delicious tamales, anyway?

In Guatemala, they’re a mix of corn dough and red-colored sausage made with tomatoes and annatto. The flavor can vary depending on the extras. Some people like to add izote flowers, loroco, raisins, olives or sweet pepper.

Once prepared, you wrap them in plantain leaves and cook them on firewood. When ready, you unwrap the tamale from the plantain like a Christmas present and serve. Coffee and French bread go well with tamales, although some add cream, lemon or tortillas.

On holidays tamales have special drinks associated with them. For example, you serve it with a fruit punch at Christmas and rum on New Year’s. 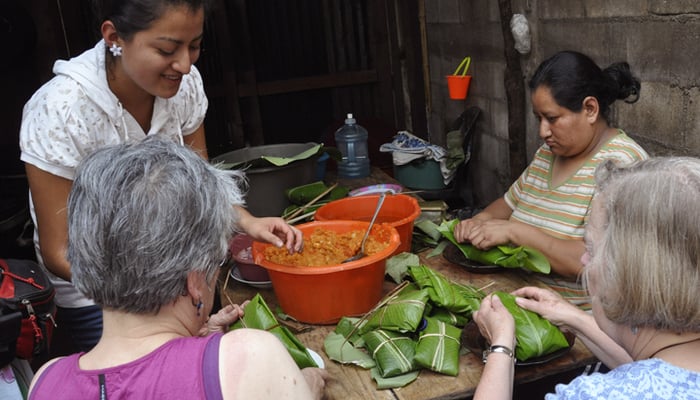 The days of the week have their own traditional foods in Guatemala.

Monday is broth day, which is a delicious mixture of chicken, fresh vegetables, and herbs. It goes with tortillas and fruit juice.

Wednesday has a splendid stew, pepián. Pepián is one of the oldest dishes in Guatemala and an excellent example of that fusion between the Mayan and Spanish styles of cooking.

It’s chicken or pork (or both!) cooked in a special sauce with fruits, veggies, and spices. The result is a thick, blended stew. Either tortillas or white tamales are the perfect companion to pepián.

Pepián is a national dish in Guatemala, popular at family gatherings. But there’s always a pot of pepián cooking in many Guatemalan households at any one time.

It includes onion, tomatoes, and mint, and is perfect with an ice-cold bottle of Gallo, Guatemala’s national beer. Ceviche and Gallo together have a comforting effect at the end of a hard week’s work.

November sees the Day of the Dead and All Saints Day celebrated in Guatemala, which means it’s time to eat fiambre, a massive traditional salad.

People prepare fiambre weeks in advance and each family has their own traditional recipe, handed down through the generations. A typical fiambre is complex, with up to fifty ingredients, including meats, seafood, cheeses, and anything else that comes to mind or is available.

Guatemalans believe that using one’s own hands to work ingredients, rather than using fancy blenders and microwaves, increase the purity of the flavors. There’s an argument that the essence of the cook’s humble soul comes into deeper contact with the food.