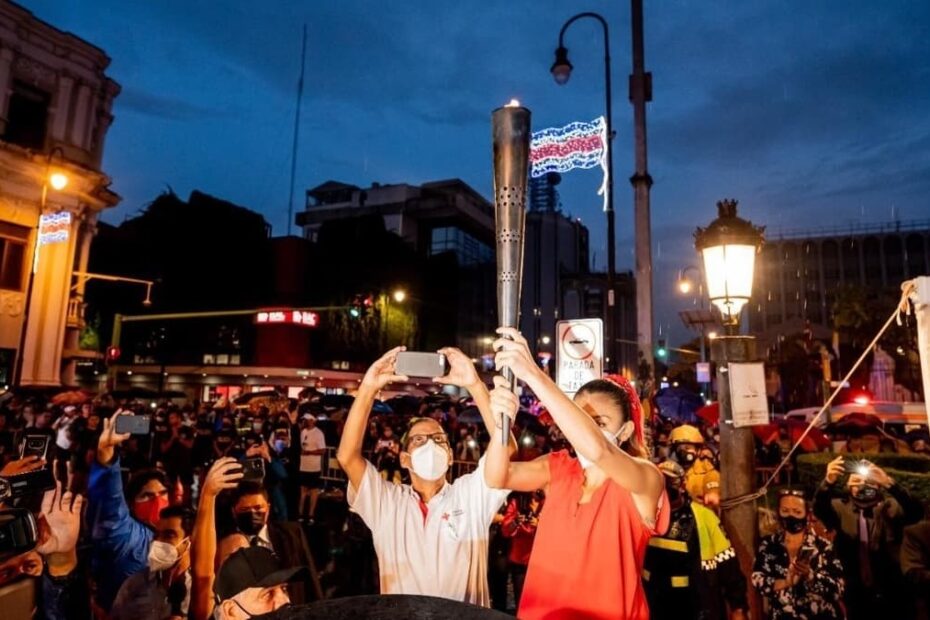 A look around Central America through the eyes of social media as it celebrates its bicentennial independence day. Happy 200th birthday to Costa Rica, El Salvador, Guatemala, Honduras, and Nicaragua.

It’s 200 years since Costa Rica, El Salvador, Guatemala, Honduras, and Nicaragua became independent from Spain. It’s been a turbulent two centuries, for sure, and it’s fair to say this milestone doesn’t come at the happiest time on the Isthmus.

In a normal world (remember normal?), we would be having the kind of party that comes around, well, every 200 years. That’s not happening this time, for obvious reasons. But it doesn’t stop the pride people have for their countries making it this far.

Anyone who lives, has lived, or who’s visited any country in Central America knows how patriotic people are. There’s something very refreshing about how much Costa Ricans, Salvadorans, Guatemalans, Hondurans, and Nicaraguans love their countries, no matter how tough their lives might be. Coming from Europe, where we’re super-cynical about such things (probably because we’re ones Central America became independent from), it feels like a breath of fresh air.

So we just wanted to pay tribute to the 200th year of independence across the region in the only way we know how – through Instagram and Twitter.

Below, we’ve curated some of the most touching, feel-good, and patriotic images from the Central American countries celebrating their independence today. And we want to wish everyone in the region, whether local, tourist, or expat, plus all the Central Americans living and working far away, in the United States or elsewhere, a wonderful Independence Day. Here’s to the next 200 years!

Normally this day is full of parades and people on the streets, enjoying the spectacle. We’re still getting the parades, of course, like the one you can see below in Tegucigalpa, Honduras. But you’ll find less crowds this year, because of the pandemic. But Happy Independence Day to all Hondurans everywhere!

Guatemala’s going through some hard time right now any independence party will be somewhat muted. That doesn’t stop people from wanting flags to show their love of their country, though. We love this photo of flag vendors taken a couple of days ago in Antigua.

Happy Independence Day to all Guatemalans!

One independence custom in Central America is the Torch of Independence. A lit torch passes from Guatemala to Costa Rica to commemorate the journey messengers took bringing the news of independence to each country.

Each country uses the torch to light a “fire of liberty” the evening before September 15 to symbolize freedom in the region. This year, some countries used their Olympic athletes to do that, including Guatemala. Here’s a tweet from President Giammattei thanking two of the athletes:

One of the biggest successes in Central America during this pandemic has been the Surf City project in El Salvador to revamp tourism and put surfing on the map throughout the region. It’s only fitting our image from El Salvador today should be from the beach in El Tunco, where they’re flying the flag high.

Love him or hate him, he certainly has his finger on the pulse of things.

There’s so little to celebrate in Nicaragua this year. Of all the countries in Central America, whatever their differences and problems, the situation in Nicaragua is the most heartbreaking. But one day, Nicaragua will be free.

We’ll leave it to one of Nicaragua’s most famous daughters, Bianca Jagger, to sum things up with her tweet below:

👉🏿#Nicaragua: Estas Herida Pero No Vencida #Nicaragua: You are Wounded but not Defeated pic.twitter.com/lkNmM8EMYi

Costa Rica was the last country in Central America to find out it was independent, but it’s more than made up for that. Like elsewhere in the region, most celebrations this year will take place online, or at least without the crowds we saw pre-pandemic.

If you’re interested in checking out some online independence celebrations in Costa Rica, you can log onto the Municipality of San Jose’s Facebook page from 7:30 PM local time.

Wherever you are in Central America – again, we hope you have a wonderful day.

And in the words of Nayib Bukele, let’s make the next 200 years the best they can be for this beautiful region.