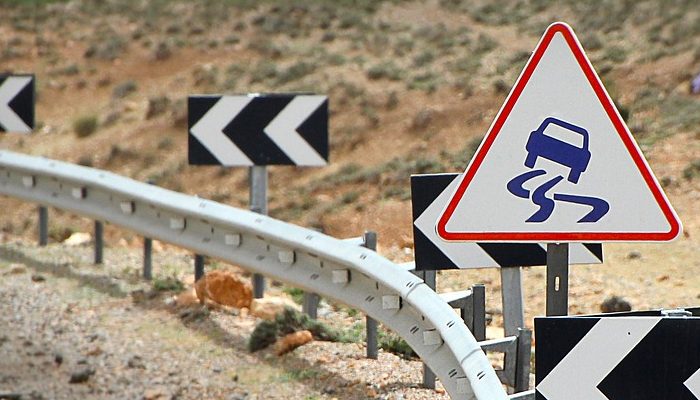 Driving In Honduras – A Traveler’s Tale

The border crossing nearest to the Pacific coast – between Nicaragua and Honduras – is by the Guasaule river near the Nicaraguan town of Somotillo.

A traveling visitor leaving Nicaragua completes the various border pleasantries. Like waiting at a window for ages while a government functionary painstakingly writes out two receipts of payment for $2 each. Or like putting bags of clothing through an x-ray machine where the operator decides that flirting with the security guard is more interesting than monitoring the contents of the bags.

With the vehicle-release form stamped by four different people and delivered to a guard post 200 meters away, Nicaragua is done. Our travelers are free to cross the river separating the two countries via a surprisingly sturdy-looking steel bridge.

Welcome to Honduras / Meg and Rahul / Flickr / Commercial use allowed

Into Honduras and more bureaucracy

Arriving in Honduras, they are happy to discover that the road is paved. In a manner of speaking.

Five meters from the bridge, our driver has to swing the steering wheel sharp to the left to avoid a hole wider than his Nissan. The brakes are then slammed to stop from running into a three-meter wide concrete circle populated by an emaciated horse tied to a stake.

After the concrete circle there’s another massive pothole, and then finally the Honduran border post. This a small cinderblock building with several bored-looking men standing outside. They lean against the wall in the timeworn postures of those with too little to do on a day when it’s too hot to do anything anyway.

The heat rises in waves from the broken asphalt and the flies chase each other in lazy, ascending spirals.

Roused out of inaction by the appearance of a car, the men leap to life. They run towards our driver and excitedly offer their help in negotiating what they claim to be a difficult process.

Disregarding their plaintive offers of help, our two travelers enter the building. There is nobody at all waiting at any of the four windows. With a curt wave, an immigration officer with a resplendent mustache motions our travelers to window number one. They present their passports and submit $3 per person. In exchange, they receive two small printed slips of paper stamped with the day’s date and their stamped passports.

The immigration officer assures the driver that because his car has Guatemalan plates, there is no paperwork required to bring it into Honduras. The prospective helpers seem crestfallen by this news as if it was something they did not know before.

Our travelers then drive fifty meters to a guard shack. There a soldier with a plastic bottle of Pepsi balanced on the top of his assault rifle waves them on.

The crawl along for the first few kilometers, twisting the steering wheel back and forth to avoid the ever-present craters in the road. Shortly afterward the road improves, enough to speed up all the way to 50km/h. Our driver says, “that must have been the worst of it” whereupon his wife immediately scolds him for jinxing the road.

Sure enough, they turn around the next bend.  There, a huge trailer truck is completely blocking the road as it attempts to navigate around a pothole large enough to swallow a VW Beetle.

Continuing, our travelers notice that there are children no older than around eight, standing in the center of the road. As the driver passes, they implore for money with hands outstretched.

After passing two groups of these young beggars, it dawns on our travelers: the children have filled the potholes with sand and rocks and are asking for tips for their efforts. As the route from Guasaule to the El Salvador border is only 130km, our travelers did not see fit to change any dollars for Honduran lempiras. Thus they have nothing to reward the children with for their efforts.

As the drive continues, our driver’s wife discovers a part-melted Snickers bar in the glove box. At a particularly bad stretch of road made passable by the labors of these children who – in reality – should be in school on a Tuesday morning, the Snickers is handed to a boy of seven or eight. His eyes widen at the sight of the treat. Shouting and holding the Snickers aloft like an Olympic torch, he sprints off down the road. He is with two small girls, the older of which cannot be more than six, the younger no more than three. Both run off after him and his Snickers.

After almost two hours and not even 50km, our travelers reach the bustling town of Choluteca. After they miss their exit at a roundabout and circle around again like idiots, they find the correct road out of town.

The remaining 80-odd km pass without incident. There is a military checkpoint where a soldier demands their passports. The soldier squints at the passports with the feigned comprehension of the illiterate. He offers a broad smile, showing a mouth of gold teeth, and waves them on their way.

Leaving Honduras is as easy as entering. Passports get stamped, and the car passes through a checkpoint without stopping. Another bridge over another river and our travelers’ continue on into El Salvador.