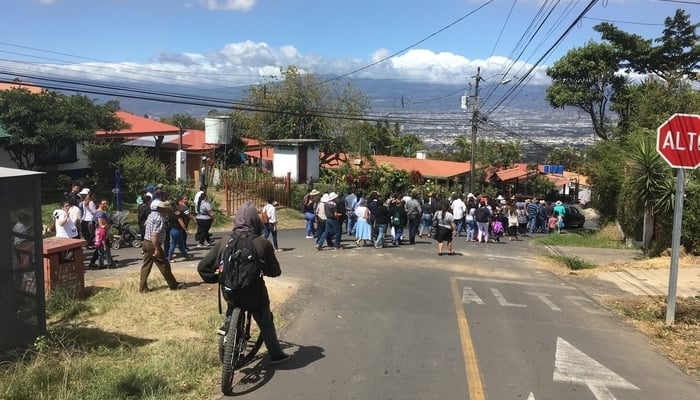 What Country Has The Best (And Worst) Roads In Central America?

Once they cross the Rio Grande and find themselves in Latin America (AKA Mexico), the state of the roads surprises many gringos.

They expect donkey tracks with potholes the size of meteorite craters and banditos ready to rob them hiding behind every cactus.

That’s the stereotype of roads south of the border. And while parts of Mexico are like that, the reality is most gringo motorists will find modern, safe highways.

If they require the real deal they need to push on down through Mexico and hit Central America (AKA South Mexico) instead. That’s where the real adventure starts.

A 2015 Waze study put three Central American countries among the top ten “worst driving experiences in the world”. Not bad for a small region. 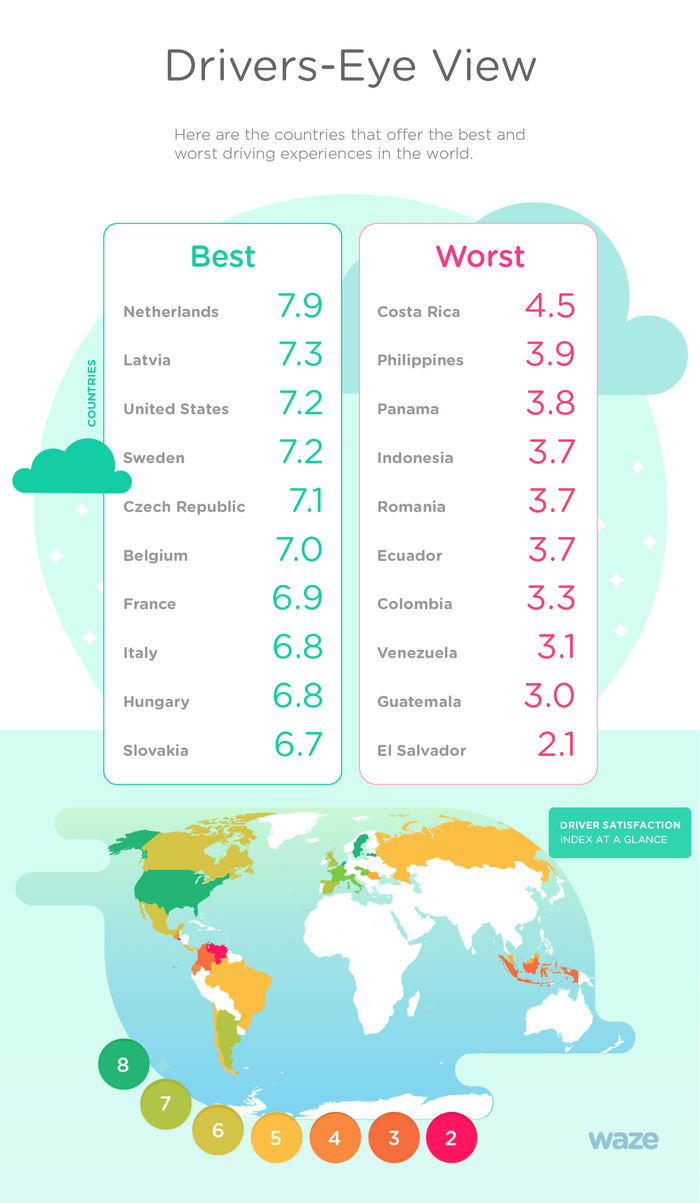 Waze’s Best & Worst Places To Be A Driver chart / Waze

So what country in Central America enjoys the best roads? And the worst? Does the region deserve its ranking in Waze?

It stands to reason this is an economic question – the wealthiest countries in the region can maintain a high-quality highway system. But not so fast. It doesn’t work like that down here and the results might surprise you.

Below you’ll find a brief country-by-country synopsis on the roads in Central America, starting with the worst. 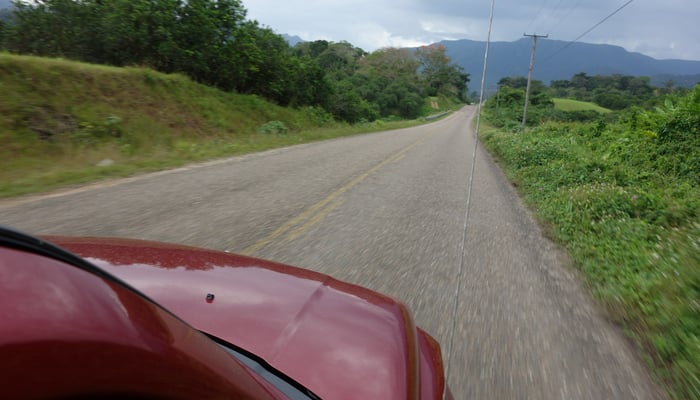 Although it might be controversial, we present the Worst Roads in Central America Award to Belize.

The paved roads are the major highways. These raised, two-lane blacktops slope down from a point in the middle making it easy to roll your car while dodging potholes.

Street signs are rare to non-existent. Ditto lighting. In the towns, potholes, animals, bicycles, and every other obstacle you can imagine will get in your way.

Belize lies in the hurricane belt and even if it doesn’t get hit by a storm, road washouts are commonplace between May and November.

Sugarcane trucks are also something to look out for in Belize. These guys think they own the road, and in fairness to them, they kinda do.

On the plus side, driving in Belize is quick and the roads are mostly flat and straight. They also have cool names like the Hummingbird Highway and the Manatee Highway. 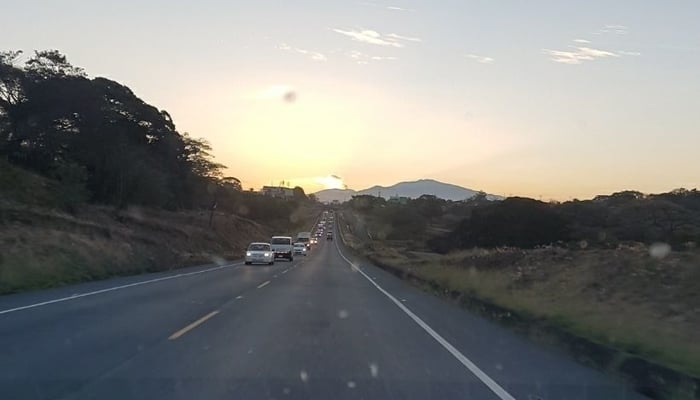 There are plenty of old hands around here who would swear the land of Pura Vida has the worst roads in Central America.

Even as little as ten years ago, it could have been Costa Rica instead of Belize coming first in the Worst Roads in Central America Awards.

In fact, according to the Waze survey mentioned earlier, Costa Rica delivers the worst driving experience in the world. You read that right. The world.

Now, recent improvements mean Costa Rica is the runner-up instead of the winner in our ranking.

It shouldn’t be this way.

Costa Rica has the most developed tourism infrastructure in the region and is one of the richer Central American countries.

One would think Costa Rica’s roads would be delightful. One can picture easy-to-drive ribbons of highway carrying happy tourists between the jungles and the beaches in safety and security.

Costa Rica’s roads are wretched, potholed, one or two-lane affairs winding up and down steep mountains, overused by the increasing amount of vehicles.

It’s the mountainous topography coupled with too many other vehicles and irresponsible drivers that give Costa Rica a low score.

With that said, the Panamerican Highway in Guanacaste is now a joy. So is the Autopista del Sol from San Jose to the Pacific Coast at Caldera (when it’s not closed due to landslides, that is, or clogged up with traffic backed up for miles). The Southern Pacific Coast Highway has also seen significant improvements.

Things are getting better in Costa Rica but it’s baby steps. The incoming president has pledged to improve infrastructure. But then they all do that don’t they? 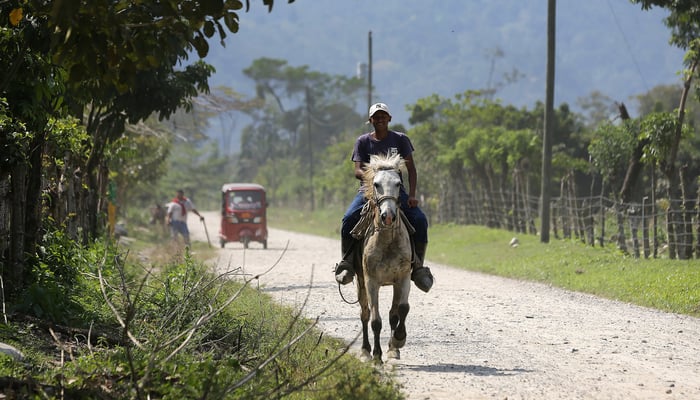 A man and his horse on the road near Cuyamel, Honduras / Trocaire (Flickr) / Commercial use allowed

Honduras is not a great country to drive around but there is one factor putting it above the bottom two.

And that thing is the chances of you driving around mainland Honduras are slim.

Where you – a foreigner – will more than likely be driving around is in the Bay Islands of Utila or Roatan. And the roads are good here. It’s easy to rent a car or a scooter in these islands and have a blast. The rest of Honduras? Not so much.

Like Costa Rica, mainland Honduras is mountainous and suffers from the same windy one or two-lane roads full of potholes and lacking signs.

There’s less traffic on the roads in Honduras than in Costa Rica though (apart from Tegucigalpa and San Pedro Sula), which is a plus.

A huge negative in Honduras is some areas are risky to drive in due to attacks and carjackings. To counter this, many Honduran roads have army checkpoints which can be disconcerting.

A proposed new highway along the Caribbean coast and major works on the route between La Ceiba and Trujillo are positive steps. As is the new road between Tegucigalpa and the coast. 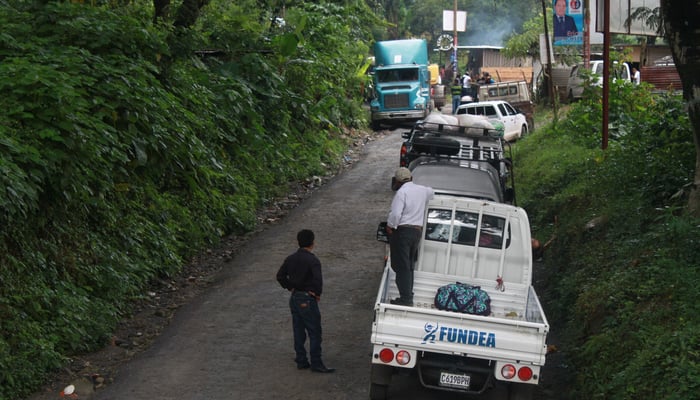 The road from Senahu to Antigua, Guatemala / Eli Duke (Flickr) / Commercial use allowed

If there is one rule to remember in Guatemala, it’s to not drive in Guatemala City. It’s the biggest city in Central America and chaotic doesn’t even describe it.

You have no business driving around this city unless you know it well. Plus you don’t want to end up in the wrong part of town.

Outside of the capital, the roads in Guatemala are not all that bad. For Central America, mind. Watch out for speed bumps though. Guatemalan speed bumps are enormous and another reason to not drive at night.

The issue in Guatemala is more about other drivers, especially chicken bus drivers who are lunatics. Safety – also an issue (particularly between Guatemala City and Flores) – is improving as the police presence grows in many key parts of the country, but still, exercise caution.

As long as you’re conscious of your fellow drivers in Guatemala, it’s not too hard to have a pleasant time driving around this country. But look out for those speed bumps. 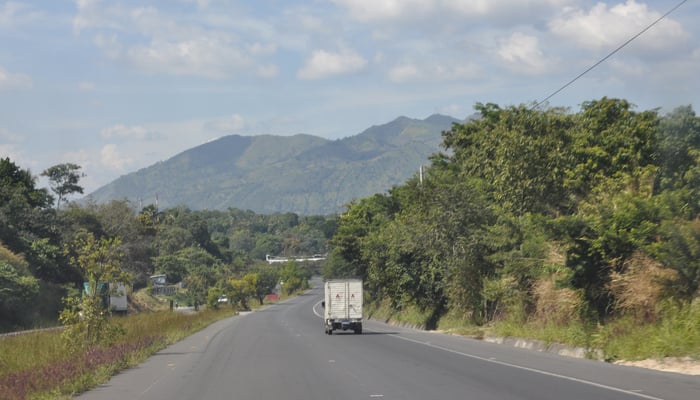 El Salvador’s main roads are among the better ones in Central America.

Well-paved dual carriageways permeate most of the region’s smallest country and it won’t take you long to get anywhere. It’s almost a dream, apart from unmarked speed bumps – a fact of life in Central America. But hey, at least they’re not small mountains like the ones next door in Guatemala.

There’s a simple reason El Salvador doesn’t get into the top two countries on this list. Other drivers.

Unlike Nicaragua, there are lots of fellow motorists on the road, and most of them drive like no-one ever taught them to.

That’s common throughout Central America, but in a country with better roads, it can be more perilous as people can do more with their vehicles.

As a foreigner, safety is a concern and the chances of the police stopping you while in driving a rental car are high. Remember also, if you’re involved in an accident where someone is injured or killed, you will be arrested and detained (as will the other driver) until a judge determines whose fault it is. That can sometimes take days. 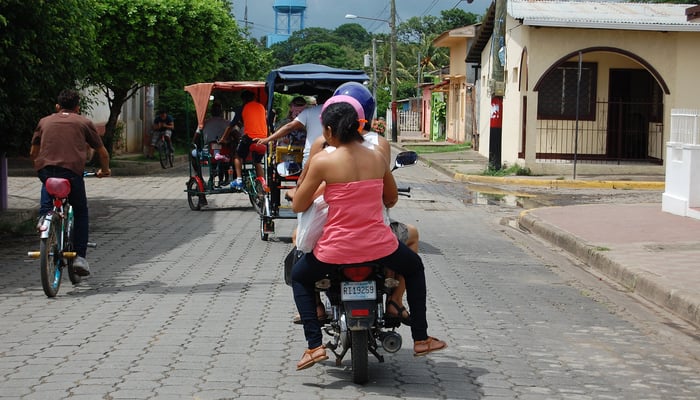 Nicaragua is the poorest country in Central America and so by rights should not be this far up the list.

It should be back with Belize and Honduras, and Costa Rica should be around here. But Nicaragua has some of the best roads in Central America. Indeed, many say it has the best and it’s hard to disagree with them.

So what is the second poorest country in the Western Hemisphere doing right with its roads?

To be candid, it’s not using them as much as everyone else.

Most Nicaraguans do not have cars. So apart from buses and trucks, you’re not likely to see many fellow motorists out there.

This keeps the roads in better condition.

Things aren’t all perfect. Managua is as crowded and chaotic as any major city and once you’re off the main roads, conditions deteriorate.

And although Nicaraguans might not be driving much, they still use the roads as personal playgrounds or as areas to look after livestock.

You need eagle-eyes while driving here to avoid hitting something alive.

Please also note while driving around Nicaragua, the police will stop you if you’re in a rental car. These guys don’t get paid well and need to eat.

But Nicaragua is a pleasure to drive around. Long, straight flat roads with not much traffic on them. Where’s the downside? 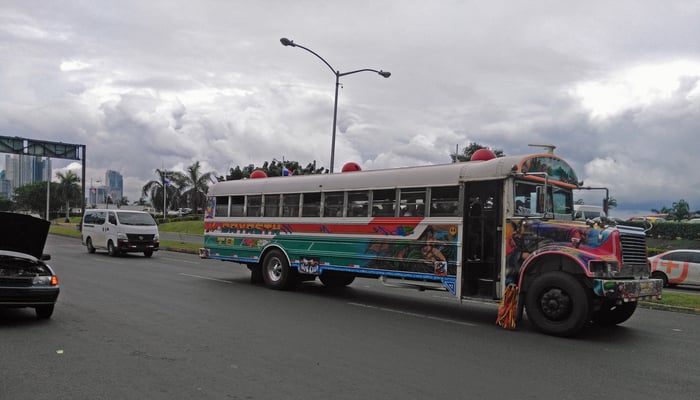 Panama is a long, narrow country and really has one major road, the Panamerican Highway. Most other roads branch off that.

The Panamerican is in good condition and Panama has accomplished wonders with its infrastructure. It’s a pleasure to drive around and safe.

Panama City is difficult to drive around, and like all other cities in Central America, it’s chaotic.

And Panama also suffers from an absence of road signs like every other country mentioned here.

But despite the negatives, we say Panama has the best roads in Central America. This is just our opinion, mind. The Waze graphic above puts Panama as one of the worst countries.

One thing to remember in Panama is this – you need to wear a shirt while driving. Topless driving – even for dudes – will get you a ticket.

So there’s our mini-guide to the roads in Central America. The above descriptions of each country are basic, we know.

For a more detailed description of driving and road conditions in the region, DriverAbroad.com is a useful go-to.

We recommend researching conditions on the ground wherever you are by getting on social media and talking to people. I know no-one talks to people nowadays, but it’s worth doing sometimes.

But we hope our descriptions give you at least a rough idea of what to expect when getting behind the wheel in Central America.

The thing to remember in Central America is no country has better roads than the US, Canada, or Western Europe. Even the top countries on our list.

I mean they’re better compared to the region as a whole, but not compared to where you’re from. It’s important to know that.

The other thing to remember in Central America is this: Do not drive at night.

That’s worth repeating in capital letters and in bold: DO NOT DRIVE AT NIGHT.

At least not until you know the area you’re driving in well. This goes for all countries in the region, including Costa Rica, Nicaragua, and Panama.

Have fun on the roads and let us know how you get on.