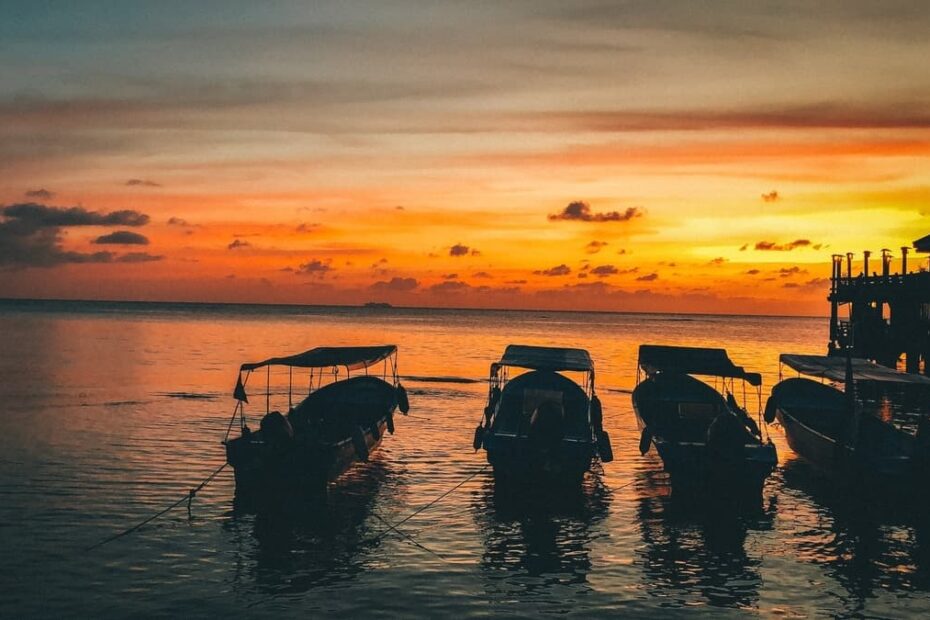 Where in Central America should you go this Christmas? In the fifth installment of our “Reasons to Visit Central America at Christmas” series, we take a look some reasons for spending Christmas in Honduras.

I’m the first to admit that we don’t cover Honduras as much as we should on this website. Truth is, we just don’t have any writers in Honduras, and it’s the country in Central America that I personally know the least about.

But that doesn’t stop Honduras from being a worthy country to consider when figuring out where to spend the Holidays. After all, it’s got everything anyone would need for a topical winter vacation away from the cold and snow up north.

So let’s take a look at the Five Star Country and see why it’s a good place to visit over the festive season. Here are five reasons to visit Honduras at Christmas.

Catholicism in Honduras reigns supreme, and as such, most Christmas traditions in Honduras derive from the church. The first celebration is that of Las Posadas, a tradition practiced all over Central America.

Las Posadas often gets underway nine days before Christmas – on December 16. From then, every night is a kind of party, where people knock on each other’s doors asking for a place to stay. The basis of the whole thing is Mary and Joseph looking for room in Bethlehem.

In Honduras, though, you knock on a door of a friend, neighbor, or relative… and get turned away (no room at the inn). Then they laugh, let you in, and you party/make merry. Repeat every night until Christmas.

Christmas Eve itself is full of fireworks (Honduras seems to love fireworks more than any other country in the region, which is saying something) and celebrations, alongside a big, big dinner.

A Honduran tradition at Christmas is to gift new clothes and shoes to each other. People put them straight on in a custom called “estreno“. If everyone over Christmas has at least one piece of new clothing on, this is good luck.

One unique aspect of the Holiday season in Honduras is the bringing in of the New Year at the Cathedral of Comayagua. The cathedral is one of the oldest in Central America, finished in 1711.

But the clock in the clocktower is older than that – it dates from around the year 1100, and was built by the Moors when they occupied Spain. It could be the oldest clock in the world.

The Spanish brought it over in the 16th century, and now Honduras marks the New Year when the bell of the clock of the Comayagua Cathedral chimes midnight.

There’s no denying that the weather in Central America over the Christmas Holidays and New Year period is about the best you’ll get in the region all year. And Honduras is no exception.

The weather this time of year in Honduras is actually the coolest you’ll experience in the country, but that doesn’t mean cold. Think cooling breezes taking the edge off the usual heat, and a drop in humidity.

Perfect for people wanting some Caribbean island time on Roatán, Utila, or the other Bay Islands, or for those beaching it on the northern coast.

Like the rest of Central America, Honduras loves loves loves its tamales – called nacatamales here – over the Holidays.

Honduran tamales are good, with a higher ration of pork/chicken and beans to masa than other countries in the region. In fact, Honduran tamales also have a bunch of other non-masa ingredients inside them, like rice, olives, potatoes, and peas. They’re some of the best tamales in Central America. And as elsewhere in the region, everyone’s mom or abuela makes the best tamales ever.

Tamale-making is a family affair – once mom or grandma has prepared the stuffing, everyone gets busy wrapping them into their traditional banana leaf casings. It’s a mini fiesta in itself.

The big Christmas meal in Honduras is on December 24. Hondurans usually skip the turkey and go for a big leg of pork instead. Oftentimes, they stuff this pork with a mixture of ground meat and potatoes called pulpa.

All this goes down with the traditional rompope drink – a rum tipple like eggnog, enjoyed all over the region. And don’t forget dessert, either – check out the rosquillas en miel (donuts soaked in honey) and torrejas (egg whites in honey).

Another great Honduran food, enjoyed all year rather than Christmas, is the baleado. Anyone who’s ever spent any amount of time watching Honduran TV knows all about the famous Mr. Gringo, the world’s most famous baleado promoter. If you don’t, you can check out Mr. Gringo right here.

It’s no secret that Honduras is one of the cheapest countries to visit in Central America. If you’re used to the cost of everything in, say, Costa Rica, Belize, and Panama, you’re in for a pleasant surprise in Honduras. More than pleasant, in fact. You’ll be shocked.

But also, given that so many people traveling to Honduras go straight to the Bay Islands, it’s fair to compare prices to those of Caribbean islands like Jamaica, Barbados, etc. And there, you’ll be double-shocked. In short, Honduras is cheap, even during the most expensive travel time of the year, which Christmas falls into.

Those wanting something special from their Christmas could do worse than Honduras. There’s so much to do over the Holidays aside from the usual Christmas traditions of eating, drinking, and TV. And, as we already mentioned, the almost perfect weather at this time, makes adventure and activity all the more accessible.

Honduras offers some of the best diving and snorkeling in the world, so the Holidays are a perfect time to come down for that, or to get yourself PADI-certified at one of the country’s myriad of world-class dive centers.

Adventure seekers will love rafting or kayaking the Rio Cangrejal, and this time of year is slap bang in the middle of the best time to do it.

People needing a little culture and tradition in their lives will love Honduras, too. From colonial towns to Mayan ruins, the adventure in Honduras needn’t be a purely physical experience.

We hope we’ve whetted your appetite to spend Christmas in Honduras some year. Maybe even next year. Or this year!

We know Honduras has a bad reputation for crime and corruption, but that’s not the whole story. Indeed, in 2022, we truly believe that Honduras may, at last, be on the up. There’s new hope with the incoming presidential administration, and the country looks promising to many outside investors who can help to bring in jobs and wealth. Honduras is on the edge of a new era, we believe that.

So even if it’s too late this year, consider Honduras next year for your first post-pandemic Christmas tropical vacation. You’re going to love it!