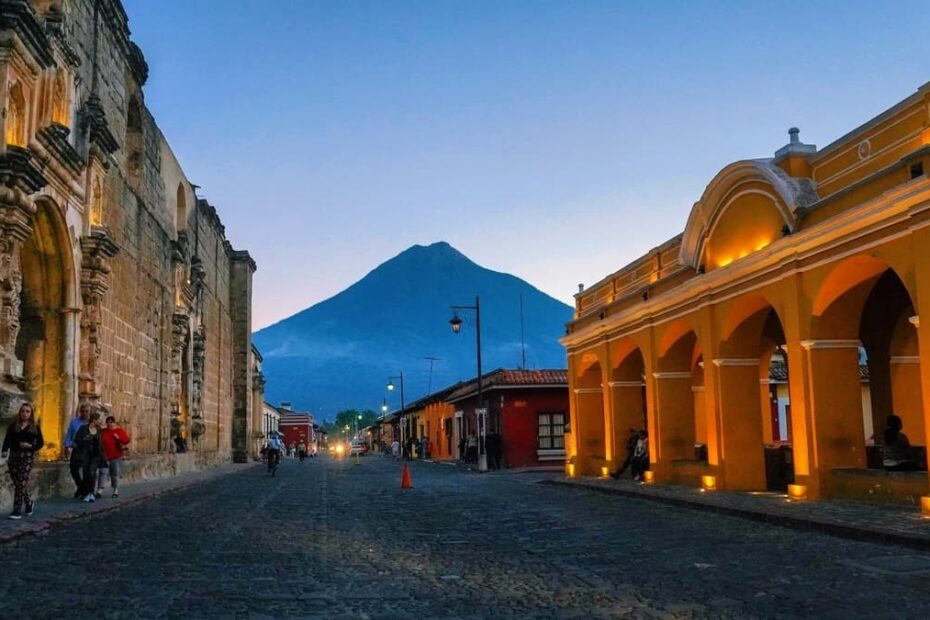 Ten Reasons To Travel To Guatemala in 2022

If you’re looking for an excuse to travel to Guatemala in 2022, look no further. There are thousands of reasons to visit the Land of Eternal Spring, but we’ve whittled them down to ten. Check out these sights to get the best out of your time in Guatemala.

At the top of Central America, Guatemala is one of the most exciting countries in the region.

A staple on the backpacker “gringo trail” for years, the attractions of Guatemala are only now opening themselves up to other visitors in a post-pandemic world.

Guatemala boasts a rich Mayan culture. There are colonial towns full of charm and rainforests full of life. There are ancient ruins, lovely lakes, and rumbling volcanoes.

If you like adventure or the pure gratification of traveling off the regular path, Guatemala is worth trying out.

What are the essential places in Guatemala for a visitor? What locations and activities should be on any smart itinerary? Check out these ten gems of Guatemala to make the best of your time in the land of eternal spring.

One of the crueler jokes about Guatemala City might go like this. “What’s the best thing to do in Guatemala City?” “Leave.” Okay, that’s not funny, but you get the point.

The vast majority of visitors ignore Guatemala City. To be blunt, the capital has a bad reputation. Chaotic, dirty, and dangerous are the nicer words used to describe the place. That aside, Guatemala City is also the center of all things Guatemalan. You can’t get a real handle on Guatemala without a day or two in Guatemala City.

With more than a million people, Guatemala City is the largest metropolis in Central America. Guatemala City boasts the country’s best museums, including the Museo Nacional de Arqueología y Etnología, which has the most extensive collection of Mayan artifacts in the world. Other museums include the Museo Popol Vuh, dedicated to Guatemala’s cultural heritage. The Museo Ixchel del Traje Indigena has a fascinating collection of the wonderful textiles you’ll find in Guatemala.

The Presidential Palace and the Metropolitan Cathedral are also must-sees in Guatemala City. And the Guatemala Relief Map—an awesome topographical relief of the entire country.

Again, the haters will tell you to skip Guatemala City… but you should ignore them if you want to know this country.

Antigua is the most famous place in the country for foreign visitors. Everyone who comes to Guatemala spends time here, with good reason.

Antigua is stunning. The town is heart-in-your-mouth beautiful.

Founded in 1543 by the Spanish, Antigua was the capital of colonial Central America until a series of earthquakes forced the inhabitants to evacuate the city. During its heyday, Antigua was one of the wealthiest cities in the New World. That legacy shines through today amid the languid colonial charm.

The cobbled streets, old churches, and painted homes make Antigua a charming place to wander around, taking photos and imagining what’s happening on the other side of those ancient walls. The Central Park is a wonderful spot to hang out while enjoying an ice cream. Antigua is full of great boutique hotels and restaurants to check out.

For any visitor to Guatemala, Antigua is unmissable.

This volcano looms over Antigua. Most tourists, enjoying a latte in one of Antigua’s coffee shops, will think about hiking Volcan de Agua, but never take that step. Don’t be that guy!

A word of warning: Volcan de Agua has a reputation for robberies on the hiking trail. To climb this volcano, you should walk with an official guide/guard. Don’t let that dissuade you. Volcan de Agua is an awesome feat and the view from the top is one of Guatemala’s true gems.

Lake Atitlán is world-renowned as one of most beautiful lakes on the planet. The lake is in a magical, mystical setting, surrounded by volcanoes and green-clad mountains. Atitlán has a surface area of over 50 square miles and is the deepest lake in Central America.

Many guidebooks treat Lake Atitlán like one destination, but dozens of towns and villages make up the area. Each one with its own unique characteristics and attractions. Atitlán deserves plenty of attention. The area offers more sights and experiences than any other part of Guatemala.

The main town is Panajachel, the tourist hub of the region. Other towns include San Pedro with its backpacking and party scene; San Marcos, a pure hippy town where you can get your chakras realigned; Santa Cruz, a typical Mayan town built into steep hills; and Jaibalito, a tiny town only accessible by water or by foot where everyone says has the last word on authenticity.

This area could take up your whole Guatemala trip and that’s fine. You won’t have wasted a second.

This natural monument is a true hidden gem, without a doubt. Most tourists travel through Guatemala without hearing about the place.

Semuc Champey is a section of the Cahabon River in the rainforests of eastern Guatemala. The scenery is spectacular. A natural limestone bridge crosses over a series of turquoise pools in the river descending from each other in little waterfalls. The area offers great tubing and could be the most beautiful natural water park in the world.

Semuc Champey also has its own network of caves you can explore by candlelight, swimming through the system. If you love pristine pools, waterfalls, jungles, and adventure, you will love Semuc Champey. This is one of the coolest places on the planet, a true hidden gem.

Livingston is another town that gets a bad rap. But Guatemala’s only Caribbean town of note is a delight.

Livingston is home to the Garifuna, a mixed indigenous and African people with their own food, language, and culture. Also here are English and Creole-speaking people of West Indian descent. They mix it up with the Garifuna to make a place unlike anywhere else in Guatemala.

Most people pass through Livingston without stopping. After all, this is where the boats to/from Belize arrive/leave. But this town, with its vibe and access to wonderful beaches, is worth sticking around in for a while.

If you look at a photo of Flores from above, you’ll see an island in a lake connected by a causeway and you’ll think to yourself, “Man, that looks awesome.” And it is. Flores is awesome and worth a visit.

Most travelers hit Flores for a bite or beer before pushing up to the ruins of Tikal. The town deserves more though. Set on an island in the middle of Lake Peten Itza in Northern Guatemala, Flores sits on top of the ancient Mayan city of Nojpeten. In fact, the street system today is the same as the Mayan one. When Nojpeten fell to the Spanish in 1697, it marked the end of independence for the Mayan people.

Today Flores is a peaceful country town and a great place to decompress if you’ve been on the road. Empty by day—as everyone is at Tikal—and mildly buzzing by night, it’s worth one or two full days of your time.

No matter how you twist your tongue, the name “Chichicastenango” is daunting at first, but that’s okay. Everyone calls the town “Chichi” anyway, which is easier to get your head around.

Chichicastenango is the go-to Guatemalan town to get your Maya on.

On Thursdays and Sundays, there’s vast, open-air market; selling everything indigenous-related that you can find. Textiles, cloth, masks, wood, pottery, you name it. Not only crap for tourists, either. Chichi is a real, working market where locals come to do their shopping.

Chichi is one of the great photo opportunities in the world, with a myriad of different colors to shoot. The people watching is amazing too. Remember to ask the Maya for permission if you photograph them. Some don’t like it. Other than that, have a blast! You’ll end up buying something for sure. Tablecloths, scarves, and pottery are all popular items to bring home with you.

Most visitors overlook the Pacific coast of Guatemala. They are more interested in Mayan culture, ruins, and colonial towns than the beach. People figure they’ll hit the beach in Mexico or Belize instead.

That means they are missing out on Monterrico.

The Monterrico nature reserve attracts thousands of turtles each year, who come to lay their eggs. The mangroves also protect many species of birds and reptiles.

Monterrico attracts locals from Guatemala City as a weekend beach destination. The black sand beach is scorching underfoot and the waves pound the shore. For fun-in-the-sun, Monterrico is a great spot.

And then there’s El Paredón, which could well be our fave. This is the center of Guatemala’s surf scene, and although still tiny, is definitely up-and-coming. If you’re looking for a quiet place to catch some waves with a chilled out vibe, then El Paredón is a perfect spot to spend a few days/weeks/months.

Tikal is the mother load of the Guatemala experience. Like Antigua and Lake Atitlan, these ancient Mayan ruins set deep into the jungles of Peten are unmissable. Going to Guatemala and missing Tikal is like going to Paris and missing the Eiffel Tower.

Tikal needs at least two (better three) days. The predawn trek through the jungle to watch the sunrise from the top of a pyramid makes you imagine you’re in an Indiana Jones movie. The Spanish never conquered Tikal at all. In fact, they never found the place. The Maya abandoned the city centuries before they arrived. Europeans discovered Tikal in the 1850s. It’s the perfect example of a lost city and a true hidden gem.

Guatemala has many other volcanoes to hike, lakes to swim in, and colonial towns to explore. The jungles north of Tikal are also full of ancient ruins and sites.

Guatemala is an extraordinary country with many attractions.

The key, when you travel to Guatemala, is taking the time to check it all out and then sticking with the place you find you love the most. What’s your favorite part of Guatemala?