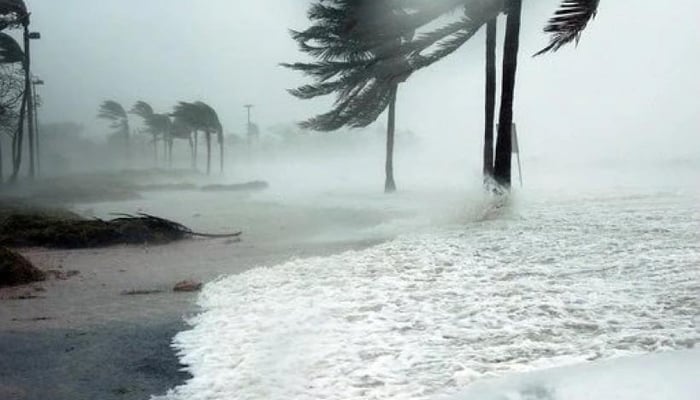 In the end, Iota hit Nicaragua last night as a Category 4 hurricane, not the expected Cat 5 many were predicting. That’s some mercy, but only a small one for the residents of Bilwi and surrounding areas.

Iota made landfall at 8:40 PM last night, close to the Miskito community of Haulover, 45 kilometers south of Bilwi. Authorities evacuated all 1,750 residents of Haulover in advance of the landfall.

Guillermo Gonzalez, the co-director of Sinapred, Nicaragua’s disaster relief agency, said that they’d evacuated over 40,000 people before Iota made landfall. It’s worth pointing out though, that some reports claim that only Sandinista-run municipalities are receiving help. Opposition-run communities are being ignored, according to Confidencial.

There’s still no damage assessment of Haulover itself, although images and videos coming out of Bilwi show widespread damage in that city.

Iota is now traveling across northern Nicaragua as a tropical storm. Authorities in the Mining Triangle area report heavy rain, wind gusts, and small landslides. Southern Nicaragua is also affected by heavy rains, with some beach communities cut off, according to social media reports.

The storm will enter Honduras sometime tonight as a tropical depression.

Honduras expects widespread flooding and landslides over the coming days, as rivers overflow. Heavy rain has been hitting the country since yesterday, and tens of thousands of people have already been evacuated from high-risk areas.

The Sula Valley, near the city of San Pedro Sula is particularly at risk. Most of Honduras’ 64 fatalities from Hurricane Eta occurred in this area.

My Latest: As a second hurricane in just two weeks hammers Honduras, a story of resilience amid so much tragedy. #Iota @VICEWorldNews @mexicoreporter https://t.co/LjqCO0Y0Z9

Guatemala is also feeling Iota, with rain underway since last night. Authorities in Guatemala predict more rain intensifying through Wednesday and Thursday. Most of Guatemala is under red and orange alert for flooding, according to CONRED.

Red alert warnings are also in place in El Salvador and Panama, while flooding has been reported in at least 14 places in Costa Rica.

While #Iota‘s winds are lower, the #hurricane still has the potential to produce potentially catastrophic effects from flash flooding and mud slides over central America. Here are the Tuesday morning Key Messages for Iota. The full advisory is at https://t.co/tW4KeFW0gB pic.twitter.com/zJT8HfRVp2