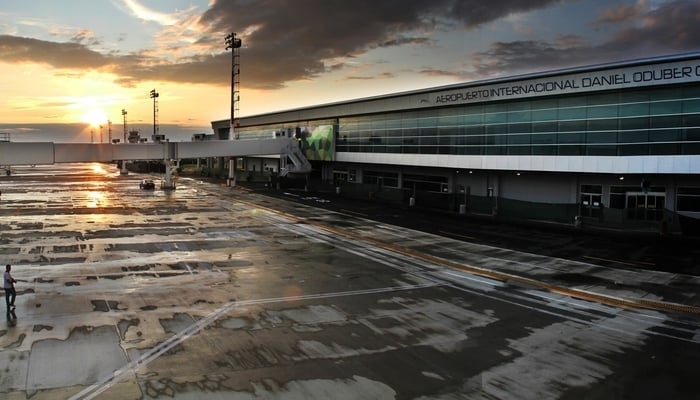 Some thoughts on the social media reactions about Costa Rica’s move to do away with the 72-hour COVID test for tourists.

I always knew Costa Rica’s announcement last week to drop the 72-hour COVID test for tourists would spark controversy. But I admit even I’m surprised at a lot of the vehemence out there on social media.

A look at Costa Rica’s move today to drop the impractical and onerous COVID test requirement for tourists entering the country. #costarica #costaricatravelhttps://t.co/GOIn7ysKkK

People seem appalled that Costa Rica’s taking the steps it needs to rebuild its shattered economy.

I’ve seen so many comments from people accusing the Costa Rican government of only caring about money and nothing else.

Before the announcement, everyone accused the government of lurching towards socialism. Of becoming the next Venezuela. Now, all of a sudden, they’re all capitalist, money-grabbing pigs. Incredible.

And then those in full panic mode, talking about how “they’ll never go outside again during this pandemic” and other such nonsense. Forgetting that COVID-19 is openly spreading around Costa Rica and has been for months.

But let’s cut through the noise here. Let’s look at the reasons why Costa Rica has done this. We’ll discuss the three points I just mentioned; money, flights, and the virus itself.

So it is about money, but not in an evil, mercenary way. It’s about reactivating hundreds of thousands of jobs and livelihoods.

It’s so annoying to see wealthy, financially-stable expat retirees in Costa Rica bang on about how Costa Rica’s putting the mighty dollar in front of the welfare of its citizens.

What is it these people don’t understand about sky-high unemployment and a collapsing economy?

But more important than Costa Rica’s fiscal crisis (which goes back way before COVID and the current administration), is the social impact of mass unemployment.

Here’s a comment posted last night on one of the Facebook groups (Costa Rica for Expats) that encapsulates the situation:

“We visited Manuel Antonio for the first time since March. It felt quite ominous. My husband and I both had the the thought that we hope tourism returns. the truth of the matter is that the lockdown has likely decreased the pool of tourism dollars to go around to all the places that rely on tourism.”

The only change I would make to the above comment is to take out the word “likely”. There’s no doubt whatsoever the border closures have decreased the pool of tourism dollars in areas that 100% rely on them.

This is why so many people in these areas rely on food banks to feed their families.

Costa Rica making it easier for foreign tourists to enter isn’t about greed. It’s about saving people’s businesses, jobs, livelihoods, and communities. If Costa Rica didn’t ease entry for tourists, many of the locally-run hotels and businesses would never reopen. Ever.

Which would mean jobs and livelihoods in so many areas gone forever.

A lot of the criticism coming from those against Costa Rica dropping its COVID-testing entry rule is about the fear of flying with untested passengers.

Some more random Facebook comments (from the Nosara group):

“I bought a ticket for November… not feeling any safer flying there now. WTH?”

“Same here. I wanted everyone on my flight tested. Still do.”

You see, a COVID test was never a requirement for Costa Rican citizens and legal residents. So the chances of everyone being tested on any given flight into Costa Rica was, is, and always will be zero.

The results are in: Your risk of exposure to COVID-19 is almost non-existent on our flights (yes, even on a full flight).

Learn more about the robotic mannequins, biodefense sensors and the results of this @DeptofDefense study here: https://t.co/NkqsW8r16A pic.twitter.com/KRMCrpPfGX

On a practical level, if untested Costa Ricans and residents could share your plane and enter the country, what on earth difference does it make?

Sure, citizens and residents needed to self-quarantine for two weeks upon arrival, but do you think everyone did? Not a hope in hell.

And Costa Rica doesn’t have the resources to police everyone making sure they stay in. So have no doubt whatsoever that untested people have been flying into Costa Rica and going out and about since the get go.

This explains why Costa Rica took a leaf out of Belize’s book and also dropped the two-week quarantine requirement for citizens and residents. It’s called being pragmatic.

On a wider level, there’s a lot of evidence about right now that flying is not an all-but-guaranteed way to catch COVID-19.

You could say scientists citing filtration sand air-circulation systems keeping COVID infection rates low in planes are shills for the airline industry. Nowadays, anyone who says something you don’t agree with is a shill, I know.

But look at some of the evidence out there. Flying isn’t as bad as you probably think. Otherwise governments would mandate airlines to insist on COVID testing before boarding.

A look at how Central America’s two most-important tourist economies (#Belize and #CostaRica) have relaxed their protocols for tourists and what they still need to do.https://t.co/y0dcRt2rkf

And now let’s talk about the virus itself.

It’s another reason people don’t want untested tourists in Costa Rica. They think they’re bringing in the virus with them.

I hate to disappoint them, but the virus is here already.

Complaining about tourists bringing it in is the very definition of shutting the stable door after the horse has bolted. It almost reminds me of all those Costa Ricans earlier in the pandemic blaming the whole thing on Nicaraguans.

Do I sound flippant here? Maybe. I don’t mean to. I hope I sound realistic and pragmatic.

The fact is, COVID-19 will reach everywhere and everyone no matter what anyone does. You can ban people all you like, you can put up barriers to travel, you can lock people inside their homes. In the end it makes no difference.

Even the World Health Organization sees this now. They’ve spoken out against lockdowns in recent weeks. According to the WHO, lockdowns should be short and sharp, not the endless economy and livelihood-destroying entities we’ve seen all year. Especially not in developing countries.

Costa Rica tourism minister Gustavo Segura cited an October 9 publication from the Pan American Health Organization (PAHO), saying that insisting on tests as a requirement to enter a country is essentially pointless.

I’m sure detractors will say that the WHO and PAHO are wrong. They’ve been wrong about a lot during this pandemic. But in the end, a pragmatic mind can see how most measures – except for social distancing, mask wearing, and hand hygiene – make little to no difference at the end of the day.

A senior World Health Organization envoy caused consternation by proclaiming lockdowns are not a good long-term strategy against COVID-19. But it’s true, and other subtler tactics are better in the long run. https://t.co/Ax4fSuoKqR

And Costa Rica is now being pragmatic at last.

Costa Rica doesn’t have the luxury of paying people to stay in or supporting all those small-to-medium-sized businesses (PYMES) that make up the bulk of its tourist economy. Costa Rica needs tourism back or it will sink into the grinding, hopeless poverty you see elsewhere in Latin America.

And then it won’t be as attractive a place for expats to live in.

I sometimes feel those rich pensionados – who were once tourists here themselves, don’t forget – fail or refuse to understand that.

But the vast majority of everyday Ticos in beach and rural communities around Costa Rica, whose lives, businesses and jobs have been destroyed, understand it very well.

And those are the people Costa Rica is trying to help by making it easier for tourists to come. Gustavo Segura and the government should be applauded.