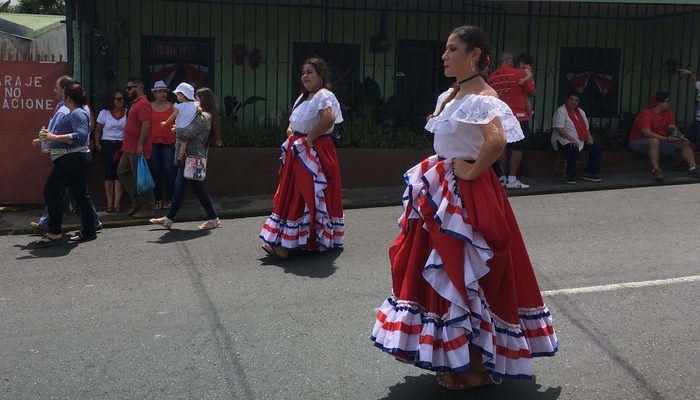 As Costa Rica, Nicaragua, Honduras, El Salvador, and Guatemala celebrate their 199th birthdays today, we find reasons to be cheerful in a difficult year.

There’s no doubt about it. This September 15 Independence Day is a tough one. The year 2020 will go down as one to forget throughout Central America.

We have COVID-19 raging through the region. Aside from the health emergency, it’s caused economic collapse, unrest, massive unemployment, uncertainty, and poverty. Most governments have handled the pandemic appallingly, lurching from indecision to crisis back to indecision. Lockdowns have ranged from brutal to mild. No-one seems to have gotten a handle on solving this situation.

I can’t think of one Central American government that has distinguished itself in 2020.

But there are reasons to be cheerful.

It might be the most depressing year since William Walker, but let’s look for some green shoots in Central America right now.

Happy Independence Day to our friends from:

We wish you a safe celebration full of health, peace and happiness🎉! pic.twitter.com/WojWkigN2k

So let’s find some stories of hope in 2020 from Costa Rica, Nicaragua, Honduras, El Salvador, and Guatemala:

Costa Rica was the first country in Central America to “welcome” COVID-19 back in early March. Then things seemed to get better. As COVID cases soared around the region, Costa Rica looked quite good for a while, confirming a handful of cases per day. Then in early June, Costa Rica ramped up its testing and discovered this thing was spreading unchecked all over the country.

On top of the virus, Costa Rica is experiencing an unprecedented financial crisis and the highest unemployment in its history. It’s safe to say, Costa Rica is having its toughest time in its 199-year existence.

So where’s the good news? Well, apart from tourism opening up again, we should look to science.

Despite all the negativity, the Land of Pura Vida is ahead of the game with its equine plasma trials to treat COVID-19. It’s still early days, but Costa Rican scientists remain hopeful this treatment they’re working on will help COVID patients recover faster.

There’s not a great deal of positive stories about Nicaragua at the moment. The country labors under a brutal dictatorship which kills and imprisons its own people at will.

Nicaragua has lied and covered up its COVID cases to the point where the WHO have called for more openness from the regime. And Nicaragua is still the poorest country in a region that the pandemic is making poorer.

That all said, I find it hard to say anything positive about Nicaragua.

The regime makes me feel sick. But I love the country and its people. I’ve spent so much time hanging out in San Juan del Sur, it’s like a second home, and I hope with all my heart to go back some day.

The one positive I can take from Nicaragua right now is that it never abandoned Taiwan. Well, it did back in 1985, but reestablished relations in 1990. To this day, Nicaragua, alongside Guatemala, Honduras, and Belize officially recognizes Taiwan’s right to exist.

To their shame, Costa Rica, Panama, and El Salvador all abandoned relations with Taiwan under pressure from Communist China.

I applaud Nicaragua for staying strong with Taiwan and wish I had more positive stories out of the country to share.

Proud to celebrate 199 years of Central American independence with our allies from #Guatemala, #Honduras & #Nicaragua. #Taiwan is deeply grateful for your longstanding support & friendship. Our cooperative efforts to address global challenges have brought us closer together. pic.twitter.com/TbvhNR13Y9

Of all the countries in Central America, Honduras is looking the most positive.

After easing lockdown last month, Honduras become the first country in Central America to fully open up to tourism. The Honduras reopen was sensible, drama-free, and uncomplicated. Unlike Costa Rica, who partially reopened before Honduras, but made the whole thing arduous.

Honduras’ COVID numbers seem to be going in the right direction, too. The country appears to be over the hump and looking forward to better days ahead.

Incredible how out of all seven countries, Honduras is the only one so far to get it right with clear, simple protocols that include everybody. Who’da thunk it? https://t.co/ZdfOmgrEvz

El Salvador was the first country in Central America to shut down when COVID came. For months in 2020, all the news coming out of El Salvador was about the president fighting with the legislature over lockdown measures.

These arguments eclipsed some of the most wonderful pieces of news to come out of El Salvador for years. Namely, the collapsing homicide rate, turning El Salvador into a much safer country.

Say what you like about Nayib Bukele. And people do. But he’s achieved major success cutting El Salvador’s homicide rate. He deserves credit on this strangest of Independence Days.

If there’s one word to sum up Guatemala’s 2020, it would be indecision. The government has backtracked and dithered for months on its reopening policy. Right now, I have no idea if the proposed September 18 reopening plan will happen or not. We’ve heard it all before.

But this time it seems like the government is serious. Guatemala looks like opening up this week. And even better, it looks it’s going for a Honduras-style sensible opening, allowing everyone in with protocols. As opposed to a confusing Costa Rica-style opening.

We’ll see how it plays out, but if this happens this week, then it’s the best possible news for the Land of Eternal Spring.

Another place to add to your list! Guatemala Reopening For International Tourism Planned For September 18 – via @TraveloffPath https://t.co/BESptO7R6Q pic.twitter.com/YP1ftFL1Gt

Do you have any good new stories coming out of Central America on this Independence Day?

If you do, we’d love to hear them, so please feel free to contact us. And if you live in Central America or are from Central America, have a wonderful Independence Day. Here’s to 2021, the big 200th birthday, being a much better year than the nightmare of 2020.

Could Panama be Turning a Corner with COVID-19 at Last?

After one of the strictest lockdowns in the world, Panama...

If We Reopen, Will They Come? Guatemala’s Tourism Sector Still Holding Its Breath

Any conversation about the prospect of reopening Guatemala and its international...

In Defense of President Carlos Alvarado's Beach Weekend in Guanacaste