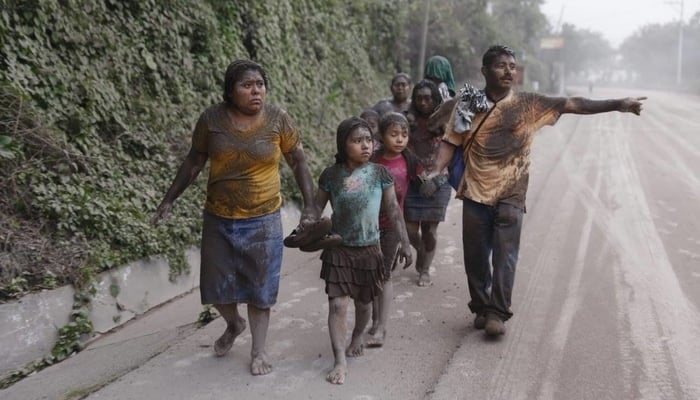 How The Volcán de Fuego Tragedy Is Influencing Politics In Guatemala

Politics in Guatemala are fluid. I’ve written this article twice now. At first, I focused on the social unrest that led to former President Otto Perez Molina’s resignation, fueled by corruption charges.

To further aggravate matters, the public struggle between the Morales administration and the UN Anticorruption Commission (CICIG) has reached the point where Commissioner Iván Velásquez was PNG’d (declared persona non grata in Guatemala).

Another piece on the political turmoil in #Guatemala – Showdown in Guatemala Over Investigation of President https://t.co/gjdLsmQ8Mg

But then two important events shifted my focus.

The first event was the recent move of Guatemala’s embassy in Israel from Tel Aviv to Jerusalem, copying the United States’ own move of their embassy.

Guatemala just opened its new embassy in Jerusalem to follow suit with the United States.

It’s the second country to do so, giving Israel a diplomatic boost as it faces criticism for the deadly violence on the Gaza border https://t.co/DtIABfBPvK

This move did not come without repercussion.

Following the official ceremony in Jerusalem, the Arab League and French government denounced this move, calling it a violation of UN Security Council Resolutions.

The Arab League has also called for a boycott of Guatemalan exports.

The second event was the recent eruption of Volcán de Fuego. 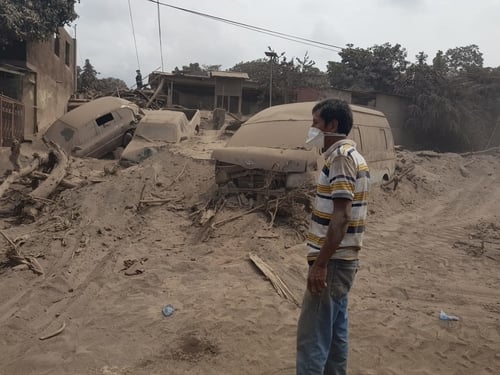 The sudden eruption of this volcano buried several villages and covered the tourist center of Antigua in ash. As I write, over 100 individuals have lost their lives, evoking visions of the ancient city of Pompei.

In the aftermath of the eruption, Guatemala’s disaster relief agency CONRED received considerable criticism for not evacuating people quick enough. This lack of a timely response, plus issues with foreign aid entering Guatemala, have intensified calls for Morales to resign.

These two events have reshaped the political, social, and economic atmosphere in Guatemala as the country gears up to next year’s general election.

As it stands, there are no early frontrunners, although several voices have called for former chief prosecutor Thelma Aldana to throw her hat into the ring.

One thing is certain though: Morales’ FCN-Nación Party is dead in the water.

Apart from the fact that all agree Morales and his party are toast, politics in Guatemala are on hold right now, at least on the surface.

Volcán de Fuego slammed the brakes on what’s otherwise been a turbulent 2018, as Guatemalans unite to support victims and rescue workers.

But while politics and protests stop, sentiments don’t and tension will build.

I expect a deluge of politics and protests once this crisis subsides. Just in time for election season beginning in January 2019.

In the meantime, the remainder of 2018 looks interesting as would-be contenders try to gain ground in early polls.

It will also be interesting to see what type of platforms candidates run on considering Morales’ anticorruption platform in 2016.

Back then, then-comedian Jimmy Morales capitalized on the fiasco created by the corruption in the Perez Molina administration.

Morales based his candidacy on the slogan “ni corrupto ni ladrón” (neither corrupt nor a crook). This message resonated with voters eager for a change. A political outsider like Morales provided such change.

Fast forward to 2018 and the Morales administration is teetering on the brink of disaster.

Morales’ run-ins with the CICIG and an unending list of gaffes have led Guatemalans to not only question his competence, but also his true intentions.

The volcanic eruption has become fodder for Morales detractors amid allegations of negligence in relief efforts.

Thousands in #Guatemala are #protesting and demanding President @jimmymoralesgt to resign after what they see as his government’s incompetent management of the tragic volcano eruption that took more than 100 lives. #FuegoVolcano https://t.co/XoQIMRT8ZR

If we learned anything from the 2016 election, it’s that anyone can come from nowhere and stun the political classes.

Voters will be wary of unknowns this time around, favoring candidates with established track records.  This is why fan-favorite Thelma Aldana has gained traction.

It’s certain that the candidates will focus like lasers on the impoverished working classes. There’s always the risk of a populist coming in to sweep voters off their feet like Alfonso Portillo in 1999. As a footnote, a US court convicted Portillo of money laundering in 2014.

Despite everything, it’s business as usual for most Guatemalans.

Tourists continue to visit and there are no signs of social upheaval like we’re seeing in Nicaragua. That said, there is always the risk of violence and crime.

The outlook suggests that the second half of 2018 will be stable before next year’s election.

We expect the Jimmy Morales administration to limp over the finish line. This will ensure stability to a certain extent although Guatemala is always full of surprises.

You never know what’s around the corner.