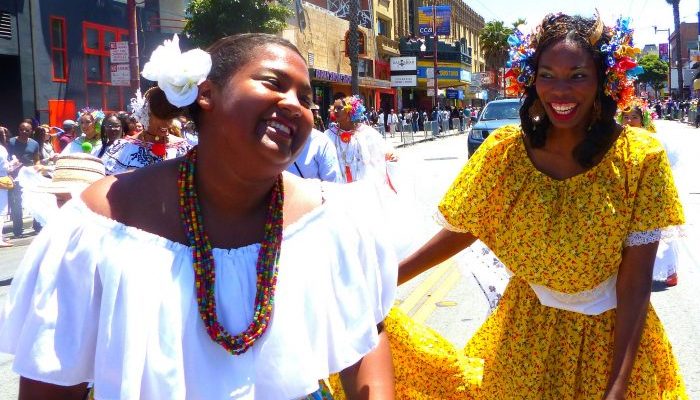 Panama is a hotchpotch of different cultures all mixed up together into one big bag.

Around 67 percent of all Panamanians claim a mestizo heritage – mixed European/indigenous descent. Panama also has a large population of those of African descent. Their ancestors are both slaves brought over by the Spanish in the 1500s, and Caribbean canal workers who came in the early 1900s. Today, around one in ten Panamanians are black. Many more than that claim mulatto descent (Afro-European or Afro-Indigenous). 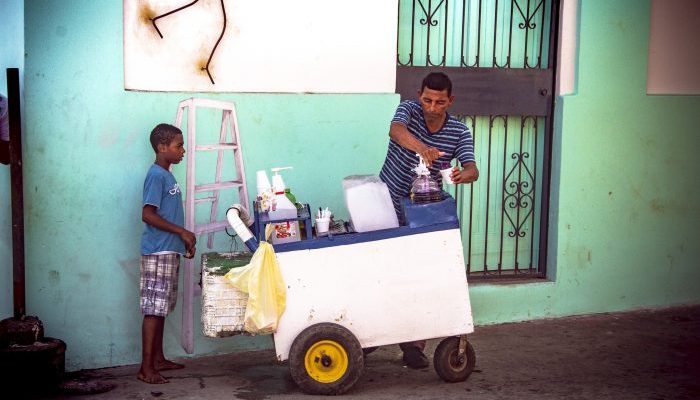 Today only a small minority of Panamanians are of pure European descent. It’s fair to say that Panama is the most diverse and multicultural country in Central America.

Alongside the descendants of immigrants that make up the population, Panama still has a significant indigenous minority. 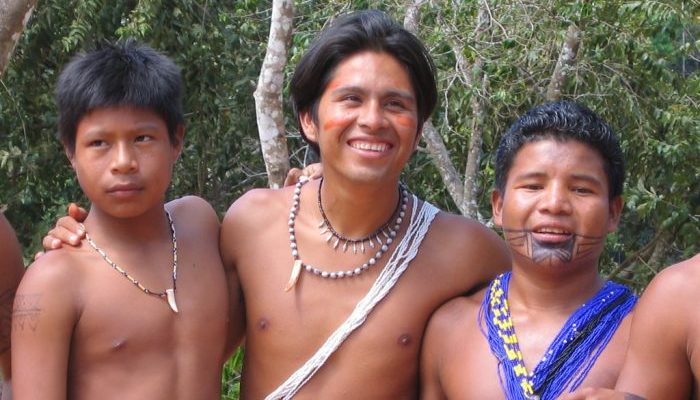 The Kuna from the San Blas Islands and Caribbean coast and the Ngabe from western Panama, close to Costa Rica, are the most distinctive. Almost 200,000 people speak the Ngabe language, most of whom live in Panama.

The other significant indigenous tribes in Panama tend to live in deep in the jungles of the Darien and the Amistad National Park.

In Panama, out of a population of almost 4 million in total, around 400,000 can speak an indigenous language.

The main language, of course, is Spanish, like the rest of Central and Latin America. The cities of Colon and the Bocas del Toro also have English and creole as important languages. Chinese and Arabic are also spoken by Panamanian minorities as well.

Of the countries in Central America, Panama is the most “Americanized.” It comes from having the Canal Zone cutting through the country’s heart for the majority of its history. Panama is another country where baseball rules over soccer because of this.

When it comes to music, Panama follows the same pattern as the rest of Latin America, listening to salsa, cumbia, merengue and so on. Panama has also produced some stars in the reggaeton scene over the years such as Aldo Banks and Nando Boom. Panama probably ranks second to only Puerto Rico when it comes to exporting new stars of reggaeton.

Panama is famous for its indigenous arts, particularly its woodcarvings, pottery, and molas. 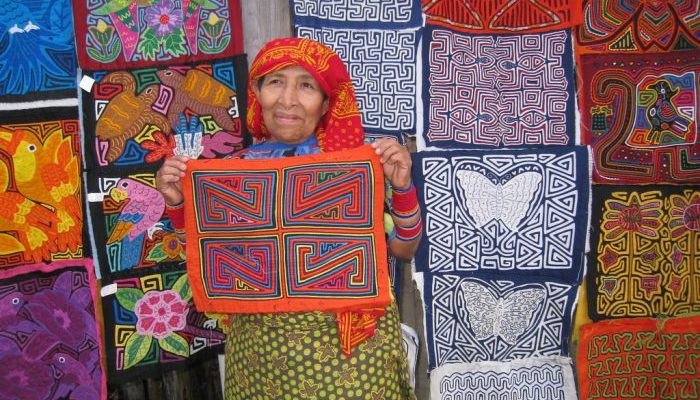 Molas are embroidered panels stitched onto Kuna women’s skirts but have also become known as an art form by themselves.

Different layers of cloth stitched on top of each other make wonderful pictures, most often of birds and animals. Molas are in craft shops all over the country, and the Kuna themselves travel all over selling their own art.

When it comes to its cuisine, Panama separates itself yet again from the rest of Central America.

Elsewhere in the region, rice, beans, and corn-based food is the staple diet. But Panama doesn’t roll that way.

Like many other things in Panama, the influence in food comes from Colombia more than Central America. And that means a lot of meat. Beef in particular. Seafood is also very important, which isn’t surprising in a country named for the amount of fish there are. 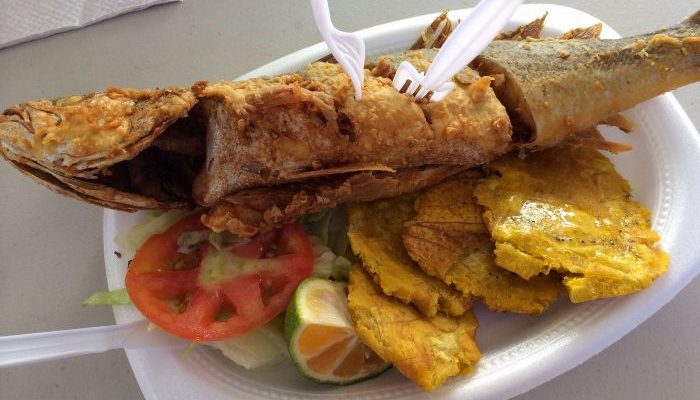 A typical meal will comprise of a lot of meat with root veggies such as potato or yucca, served with some rice and greens.

On the streets, empanadas are popular alongside skewered meats – pieces of beef or pork. Other influences in Panama come from as many places as Panamanians do. Cooking styles may contain African, Indian, Chinese and Arabic influences. Panama City’s Chinatown is a great place to check out some authentic Panamanian-Chinese food, which is an adventure in taste all on its own. 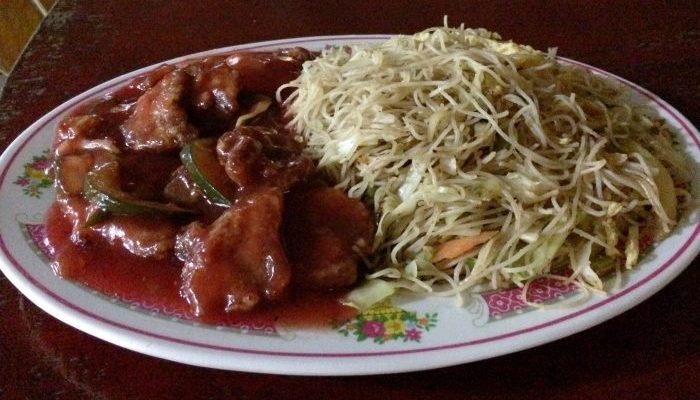 Being the most cosmopolitan city in Central America, Panama City has no shortage of great restaurants. Not only as in great for the region but great worldwide – we’re talking top chefs and Michelin stars here. It’s that kind of city. You will find decent restaurants nowadays in Panama City from about every country on earth.

Outside of the city, things are a lot less cosmopolitan. But even so, if you appreciate good hearty food that leaves you full after a plateful, then you’ll never be unhappy eating in Panama.