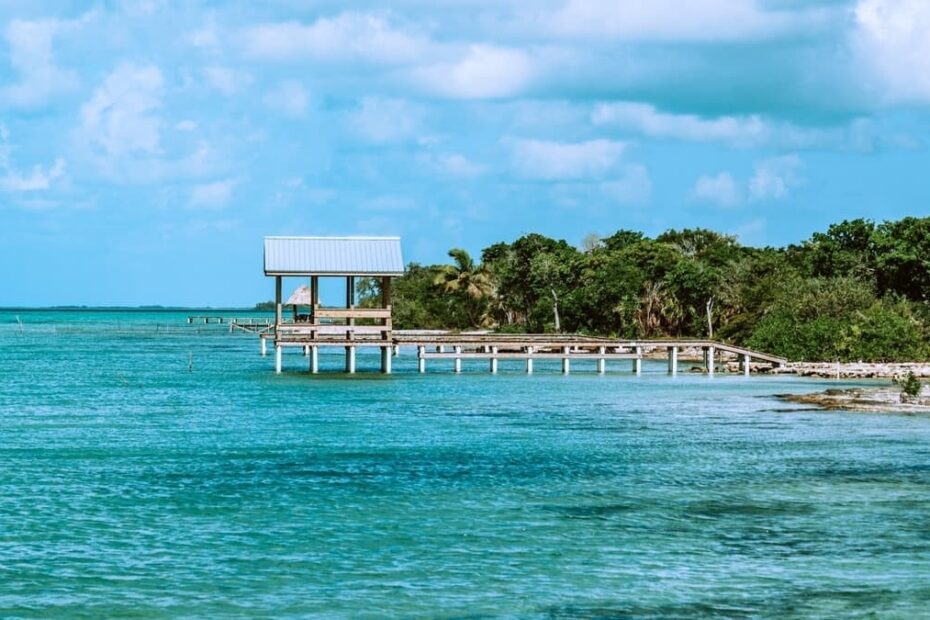 Ah Belize. Beautiful Belize. It’s the perfect destination for a Christmas vacation and we’re about to tell you why.

Christmas in Belize is something special, especially if you’re from Canada, the United States, or the UK. The reason for this is you kind of find yourself in a tropical deja vu in Belize at Christmas. You’re seeing much of the same customs you’re used to back home, but in a tropical environment.

Christmas in the rest of Central America – with its more Latin-based customs – is awesome, and you’ll learn and experience something new. But a Christmas in Belize is both familiar and different at the same time. Call it Christmas with a twist.

Here are five reasons to consider spending Christmas in Belize.

1. The Christmas spirit in Belize

Christmas in Belize gets started early – the whole month of December ramps up to the Big Day. Trees go up, lights start twinkling, and you’ll see Santas everywhere. Christmas music plays, those traditional carols you remember from home, and if it wasn’t for the tropical sunshine, you’d swear you are back at home. It’s familiar… but not.

Belizeans love the Christmas period – it really is the time of peace and goodwill to all men at this time of the year. Sure, there’s the same consumerism that you see everywhere, but it’s not as pronounced in Belize. The Christmas spirit is alive in Belize.

Christmas in Belize isn’t all the same old thing, though. It’s not totally a case of transporting Britain to Belize and simply adding heat. The different cultural and ethnic mixes that make Belize so special also have their own say in the proceedings, which go to produce a unique Christmas experience in this tiny country.

There’s the Christmas Bram, for example. This is a tropical twist on the tradition of carol singing, and is deeply embedded into Kriol culture. The Christmas Bram tradition got underway after the abolition of slavery in Belize.

Many emancipated slaves in Belize took jobs in the mahogany forests, where they worked most of the year. They came back to their home villages in December, though, once the dry season began and the work stopped for a while.The return of the men to their families from work was a cause of celebration, singing, and dancing. This is the Bram.

Today, the Christmas Bram runs through much of December, but hits its peak on December 25 and 26. During the Bram, people get out onto the streets singing and playing traditional Brukdong music, going house to house.

You’ll find this tradition in many villages, but the most famous Christmas Bram takes place in Gales Point Manatee, between Belize City and Dangriga.

Speaking of Dangriga, this village is home to another Belizean Christmas tradition – the Jankunu (John Canoe) Dance. This is another throwback to slavery, and the dance is about the people making fun of European slave owners (they’re depicted in the dance as dressed in white, with pink masks).

And then there’s the Maya Deer Dance in Santa Cruz, which harks back to native traditions, while Belize’s Mestizo community celebrates Christmas with a more Latin feel, reminiscent of elsewhere in Central America. Las Posadas takes place in Benque Viejo del Carmen in Cayo District. It recreates the journey of Mary and Joseph, looking for a place to stay in Bethlehem.

Other Christmas traditions in Belize include boat parades and Boxing Day horse racing.

3. The food at Christmas in Belize

The food in Belize is delicious year round, with plenty of exciting, exotic dishes to try. If you’ve never eaten cow foot soup, you’re in the right country. And don’t get us started on the delights of the traditional Belizean barbecue. You’ll find people grilling out everywhere in Belize, and that’s a good thing.

But Christmas in Belize takes things up to another level for foodies.

Again, festive food in Belize reflects the vast diversity of the people. The traditional Christmas dinner of turkey comes with rice, beans, potato salad, and ham. You’ll find traditional tamales – a seasonal staple throughout Latin America, plus white relleno, a delicious mixture of chicken stuffed with pork and served in bowls as a type of hearty stew or soup.

And then there’s the black cake – something like Christmas pudding, made with raisins and Belizean rum. An alternative to the black cake is the fruity white cake, also made with lashings of rum. Every grandmother has her own cake recipe at Christmas.

Christmas is time for rum popo in Belize, too. Like rompope elsewhere in the region, this is a rum-based tipple like eggnog. But better.

We know we cover the weather in all our Christmas specials around Central America.

That’s because the weather this time of the year down here is spectacular, and Belize is no exception. In fact, in Belize, you could say the weather is perfect during the last couple of weeks of December and early January.

There’s a wind in the air in December, which cools things down a little bit from the norm. But not too much, though. By “cool”, we mean mid-to-late 70s F (around 25-27 C). The breezes mean blue skies, too. Blue skies means bright blue and turquoise waters, which are perfect for swimming and snorkeling in.

This one is for the Brits out there. In the UK, they celebrate Boxing Day (December 26) as much as Christmas Day itself. It’s part of the Christmas tradition. While Americans are back to work on Boxing Day, like Christmas never happened, the British are still in party mode – or sleepy-in-front-of-a-movie mode, whatever takes your fancy.

The fact that Belize is the only country in Central America that celebrates Boxing Day, is reason enough alone to visit.

Boxing Day in Belize means continuing the party, and like the UK, going to the races. Horse racing on Boxing Day is a big thing in Belize.

We hope we’ve given you some good reasons to celebrate Christmas in Belize.

Belize is back after the pandemic and welcoming to all. There’s no reason not to come and have yourself a merry little Caribbean Christmas.

Of course, if it’s too late this year, there’s always Christmas 2023 to look forward to!