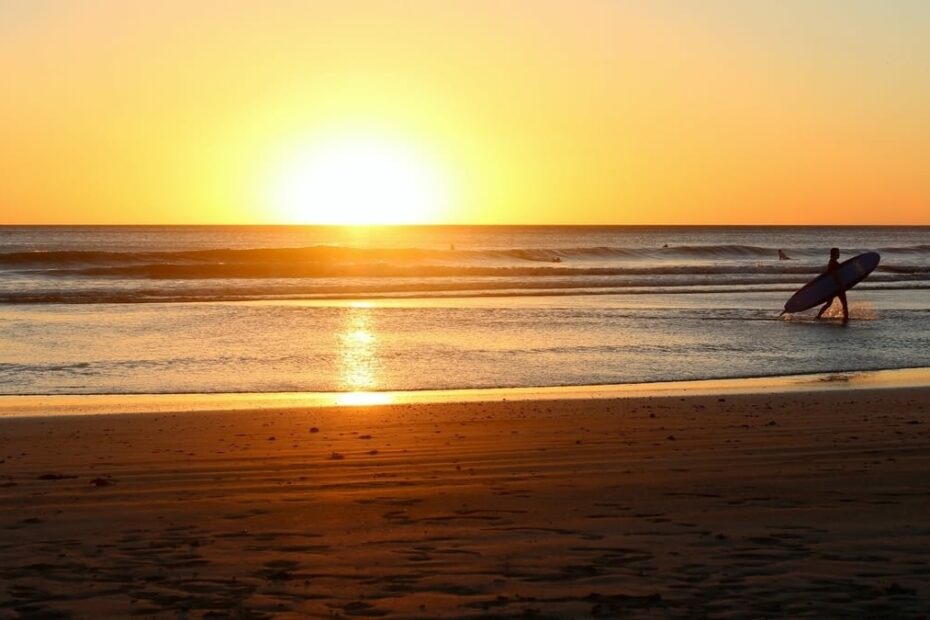 Why it’s Time to Travel to Nicaragua Again

We’ve written a lot on this website about why you shouldn’t travel to Nicaragua after the political violence of 2018 and the stranglehold of the Ortega regime. But we’ve always loved Nicaragua and always wanted to return. In this article, Brooke Nally talks about why it’s time to travel to Nicaragua again. She makes a compelling case. This article contains affiliate links, where we make a small commission if you buy anything after clicking, at no extra cost to you.

I’ve spent years pilgrimaging down into the sacred lands of Costa Rica. For me, Costa Rica has always felt very spiritual, safe, and offers the energy and vibes to help regenerate and reset my soul.

So I always thought Costa Rica would end up being my second ‘home’ in Central America, not Nicaragua.

But then a friend of mine was living at a resort called Treecasa near San Juan Del Sur on the southern Pacific coast.

“You have to come up here,” she said. “There’s something magical about this place…”

To be honest, Nicaragua was never at the top of my list.

Especially after the violence of 2018 when the Ortega dictatorship turned on its own people, killing and imprisoning them, sending thousands into exile abroad, many to Costa Rica. After that, Nicaragua sort of became blacklisted on the ‘vacation’ list.

And I felt comfortable and at peace in Costa Rica. As much as I love to travel and explore new places, Panama was higher on my bucket list than Nicaragua after the atrocities of 2018.

But my visa was running out in Costa Rica and I needed to exit the country.

“Come up here and I can hook you up with a stay here at Treecasa,” urged my friend.

And that was it.

Long story short, I left Costa Rica and journeyed up into Nicaragua, crossing the border and never looking back. I’m now 100% in love with this country and I’m here to tell you that it’s time to travel to Nicaragua again.

So here are five reasons you should consider traveling to Nicaragua next:

I’ve traveled all over the world, and Nicaragua is one of the most rustic, underdeveloped countries I’ve ever been to. It’s amazing.

You’ll drive down the road and see little piglets running around, wild horses, little boys riding horses like cowboys rounding up their cattle, monkeys in the trees, and birds of all kinds.

Off the main highways (which are some of the best roads in Central America), most of the roads are dirt (a bit sketchy to be honest). But they lead to some of the most stunning beaches I’ve ever seen.

There have been many times where I’ve been on the most amazing beaches almost alone and blown away that it’s not swamped with tourists like in Tulum or wherever.

Even Treecasa (which is one of the nicer resorts in the San Juan del Sur area) is only accessible by a dirt road.

It’s so beautiful here, and if you’re over the ‘Tulum’, super “bougee” vibe, Nicaragua might be exactly what you’re looking for.

If you’re the type of traveler who prefers to travel off the beaten path, Nicaragua is 100% for you.

Although there aren’t many tourists these days, you’ll find an amazing, friendly, conscious expat community. Most expats in Nicaragua who are still here have a few things in common:

If you’re like me, you’re in love with the ocean. And the ocean in Nicaragua is next level. Coming from a gal who’s spent extensive amounts of time in Hawaii, Bali, and Costa Rica, I would say I’ve seen some of the best beaches on the planet. And then… I came to Nicaragua. And I’m blown away.

Not to mention, Nicaragua has some of the best surfing in Central America. Make that the world. Nicaragua’s famous year-round offshore winds (thanks to Lake Nicaragua) make the ocean glassy and the waves perfectly shaped.
If you don’t surf yet, you’ll fall in love with the sport if you try any of the waves in Nicaragua.

When you compare prices to Costa Rica next door, Nicaragua is hands down dirt cheap. Prices are extremely affordable for budget travelers, but with top notch experiences. Think half the price of Costa Rica overall.

5. The locals are so kind and need our support (for me, the MOST important reason we need to travel to Nicaragua again).

Finally, I will say the local people in Nicaragua are some of the nicest I’ve ever met. Always kind, smiling, and super respectful. There hasn’t been one instance here, where as a solo female traveler, I’ve felt unsafe or disrespected.

And they need our tourist dollars. Political crisis, civil war, foreign intervention, and despotic, corrupt governments have all made their mark on Nicaragua over the past sixty years, turning it into the poorest country in Central America and the second-poorest in the Americas. All this is even before the problems of the past three years.

Like many countries, Nicaragua has been struggling due to the pandemic. But it was struggling before the pandemic too, when the 2018 political crisis wiped out what was a growing tourism industry.

Nicaragua never recovered from 2018 and then Covid hit, killing what little tourism it still had left.

This has left an poor nation almost destitute.

The black stain of the 2018 crisis almost killed Nicaragua’s economy and it barely recovered before the pandemic arrived. Every single dollar you spend here as a tourist helps support a people in need.

There’s a school of thought where some choose not to visit Nicaragua because by doing so, they’re putting money into the coffers of the Ortega regime. I disagree. People on the ground need help now, and we can spend money in the country to help them get a leg up in tough times.

I recently got a flat tire on my motorbike and luckily for me, I was right next to a mechanic. He changed the tire for me and charged me 50 cordobas… less than two dollars. I gave him 200 cords instead (about seven dollars) and he almost started crying. He couldn’t believe the amount of money I gave him and was so grateful.

I’m saying this to prove the point that your money goes a long way here. You can spend your money here knowing you’re actually making a difference in Nicaraguan’s lives. To me, this is the most important thing of all.