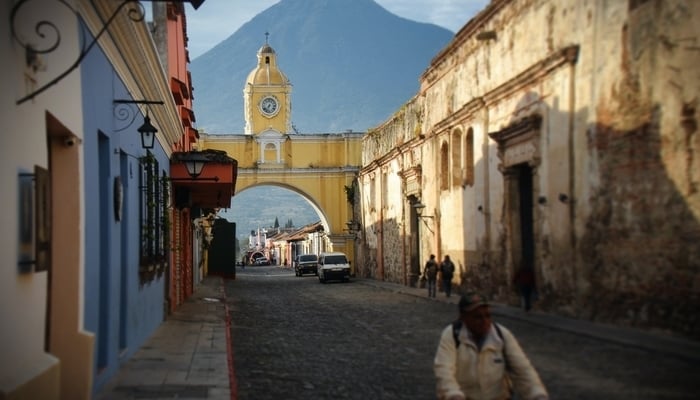 Is it too Late to Save Guatemala Tourism?

As the Guatemala tourism sector dries and and shrivels away during the COVID-19 crisis, economist Nestor Quixtan delivers a brief overview of the situation, where right now there are more questions than answers, more uncertainty than solutions.

Undoubtedly, the shutdown of the world’s economy has affected just about every sector. But perhaps the hardest-hit sector has been tourism.

The government-imposed lockdowns around the world have pummeled all tourism businesses, large and small. The hit has been particularly tough in countries that depend on tourism to sustain their local economies. Smaller, developing countries with no other major industries to speak of, like those in Central America.

In Guatemala, tourism is one of the most important economic sectors.

Iconic Guatemala travel spots like Antigua and Tikal garner a great deal of international attention. Other destinations like Lake Atitlán and Semuc Champey are natural wonders of the world.

Yet, the preemptive shutdown of Guatemala’s borders in early March has brought the Guatemala tourism industry to a screeching halt. The border closures were so drastic that they left many tourists already in Guatemala stranded. Guatemalans abroad needed to scramble to catch the last flights back home.

With the entire tourism sector in Guatemala at a standstill, the losses of hotels, tour operators and local businesses are piling up. And so are the numbers of unemployed with no safety net underneath them.

The bustling streets of Antigua resemble a ghost town. Boats that sail Lake Atitlán are docked with nowhere to go. The Tikal archeological site is closed and guarded by the military. Once bustling Mayan markets are empty and boarded up with many vendors left destitute.

With this grim scenario in mind, the question begs: is it too late to save Guatemala’s tourism industry?

The answer is as complex as it is simple. On the one hand, it’s as simple as ending the lockdown and luring tourists back into the country. On the other, the amount of restrictions and sanitation concerns may well discourage folks from traveling in the first place. And there is also the question of how willing is the government to kickstart things (at an appropriate time)?

As if things weren’t bad enough, most analysts and experts are forecasting a recession with a high probability of a global depression. Plus, the feared “second wave” of COVID-19 may keep millions of potential travelers at home.

In late May, the Guatemalan government announced plans to reopen their tourism sector to domestic travelers, as part of the first phase in reopening the economy.

Hotels, restaurants, and tour operators can open from a tentative July 15 date, with strict sanitary guidelines imposed on them.

But July 15 is over a month away. Also, how many Guatemalans, many of whom have lost their jobs, will have the money for domestic travel?

So what can small businesses do to survive? And when will Guatemala open its doors to international travel?

These are questions that don’t have much of a response from the government. In fact, the Guatemalan government is talking about 2021 as the year to restart international tourism.

Even with given the global factors mentioned – recession/depression and possible reticence to travel – opening the country would at least provide some relief. There might be less tourism, but surely that’s better than no tourism?

Earlier in the crisis, the Guatemalan government announced a series of subsidies to give laid-off workers three monthly payments. Since there is no unemployment insurance in Guatemala, laid-off workers have no protection against unemployment. So how will tourism workers survive? Even some of the larger international chains – companies who can afford to help their staff – have furloughed everyone amid the crisis.

While the July 15 date may provide some glimmer of light at the end of the tunnel, the tourism sector in Guatemala may not have enough gas to reach that light.

If tourism businesses will struggle to survive until July 15, how will they make it to 2021?

The current administration’s heavy-handed confinement measures don’t coalesce at all with helping the tourism sector this year. It seems like government officials are writing off 2020 altogether.

Perhaps government can do that. In the private sector, writing off a year would most likely mean closing down for good.

Since the Guatemalan government is in no position to grant bailouts to the private sector, it’s going to be a survival of the fittest.

So the broader question to consider is this: will Guatemala tourism ever recover?

The answer to that question depends on opening the borders soon.

It depends on demand picking up soon. The Guatemalan tourism sector’s only hope is for travelers to start traveling again. But to even give it a fighting chance, the government needs to either provide some hope or step out of the way.

Guatemala’s position next door to Mexico – one of the world’s heaviest-hit countries – makes things perilous. Double-digit daily death counts from COVID-19 are still happening in Guatemala. The lockdowns appear to have pushed Guatemala over the top of the corona-curve, but it would be insane to reopen right now. Guatemala is not ready at this moment.

But the tourism sector in Guatemala needs something to work towards.

July 15 for domestic tourism is a start, but only a tiny start. And it’s still not nailed on that it will actually happen.

This week, Jamaica and the Bahamas announced June reopenings. Some other countries in the Central America/Caribbean region have already opened. Belize looks quite strong for a (tentative) July 1 reopening. There’s no reason to write off the whole year. That will destroy tourism in Guatemala, and hundreds of thousands – if not millions – of incomes.

So the answer to whether the Guatemala tourism sector will survive is this: does the government care about it surviving? Only time will tell.