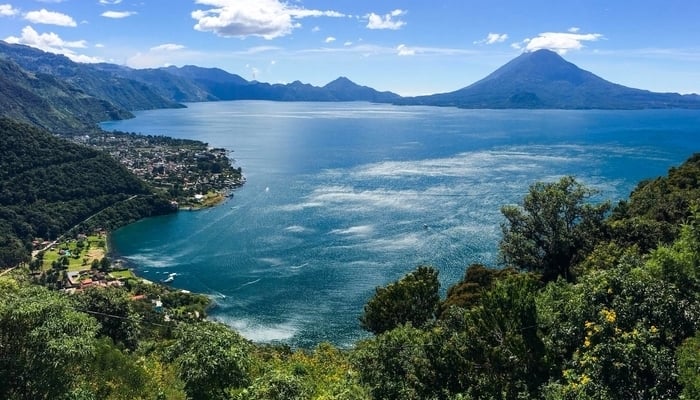 Any conversation about the prospect of reopening Guatemala and its international airport has to be followed up with the question of  whether tourists will even come anyway. But even if they don’t, that’s no excuse not to open, says Nestor Quixtan. We have to start somewhere, and soon.

Most countries, upon reopening their borders over the last couple of months, have seen a significant uptick in tourism. But only inasmuch as tourism has increased from zero percent. Anything over zero represents an uptick. What we haven’t seen anywhere yet, not even in Europe, are pre-pandemic levels of travel.

It seems fear and economic uncertainty combine to keep most people at home despite open borders.

In the UK (for example), we’ve seen their government slam on last-minute quarantine rules for people in France, Spain, Croatia and others, forcing even more uncertainty. People ask, “If I travel, can I get home?” Or, “If I travel, will I need to cut my trip short to avoid quarentine when I get home?” None of this helps present peace of mind to wannabe travelers.

Here in Central America, all land borders remain closed. Some countries have opened up in a limited way, either with strict protocols and/or by opening to a handful of countries. Guatemala is not, at this moment, one of those countries.

There’s a wide supposition in Guatemala that as soon as we open our borders, tourists will rush in. This supposition has been the basis of continued government boggling, mixed messages, and confusion.

But here’s the deal. We have to start somewhere, and start somewhere soon. We’re going to see a trickle more than a flood, and we should, as a country, if we can get our act together, be able to handle that.

But back to government boggling. Let’s take the case of reopening of Guatemala City’s La Aurora International Airport. This is the first thing we need to do in any conversation about reopening tourism in Guatemala.

At the height of the COVID-19 contagion in Guatemala’s central region (the areas surrounding Guatemala City and Antigua), the government set a tentative June 30th re-opening for domestic flights and a mid-July reboot of international travel.

Those plans were zapped as the COVID case count mounted.

So they pushed back the airport reopening to late-July for domestic flights, with early August as a possibility for international travel. But again, the authorities’ inability to agree on proper bio-safety protocols and measures led to another delay.

This time around, authorities are looking to resume domestic air travel on September 1.

La Aurora airport, and other smaller domestic airfields, are being scrutinized to make sure they are up to par. So far, everything seems to be a go. But the government is still unsure whether international air travel should get the nod.

Guatemalan authorities have indicated that international travelers will need to present some sort of valid COVID-19 certification. They’ll also need travel insurance and have to provide detailed information about where they plan to stay, the places they’ll visit, and the people they believe they’ll come into contact with.

They’ve also hinted that anyone with even mild signs will not have permission to enter Guatemala. It’s unclear how they will determine this.

On top of this, the United States has issued a travel warning against Guatemala, urging travelers to avoid the country until the pandemic has been officially declared under control. And many folks are already wary of traveling abroad until an effective treatment and/or vaccine for COVID is available.

So the government should not worry about tourists flooding in, bringing more COVID with them, and saturating an already pressured health system. That’s just not going to happen.

But the government needs to make a start, even if it’s a symbolic one.

Airlines have already shown their discontent at the lack of certainty surrounding La Aurora’s reopening.

While the airport authority and the airlines seem fired up and ready to go, the central government’s dithering is becoming an issue. At what point will airlines lose patience and simply say they won’t continue to seek reopening dates and decide to (maybe) come in 2021 instead?

If Guatemala pushes back a September reopening, that might well happen.

Assuming September happens, and the government gets everything right, analysts seem to agree that Guatemala’s tourism sector should recover to 2019 levels in 2024. But getting everything right is a big assumption.

Ensuring a successful reopening will hinge on facilitating access to tourists to Guatemala’s popular spots while ensuring proper bio-safety protocols.

Now is the time for Guatemala to spend money on beefing up its tourism infrastructure. Everyone is all set to go. It’s a matter of stopping the dithering and pulling the trigger.

As mentioned, other countries have already opened up on a limited basis (Costa Rica, Panama, and Honduras). El Salvador is talking about a mid-September reopening. Whether people like it or not, Central America can’t afford not to open up, and Guatemala is no exception.

I’m guardedly optimistic about the legislature shooting down another attempt to extend the State of Calamity after September 4.

If that happens, even if we miss September 1, the government will have no choice but to open up the country. They won’t have the legal authority for the lockdowns otherwise.

In short, Guatemalan tourism depends on the legislature’s decision about extending any possible further extension of the State of Calamity.

But make no mistake, even if nobody comes once we open, we still need to open. We need the airlines flying in and out and our decimated tourism industry needs some hope for the future. Vamos a ver.

Is it Too Soon or Too Late for Tourism in Guatemala?
As Guatemala “Reopens” Economy, Tourism can only Dream of Better Days Ahead
Is it Too Late to Save Guatemala Tourism?

Costa Rica Announces ALL US States Can Enter from November 1

As Costa Rica announces that it's opening its borders to...

Belize Reopens its Airport and Country to Tourists

As Belize reopens to tourists again, here's a short piece...

Why Tourism is Important (A Defense of Tourism in Costa Rica)

A defense of tourism in Costa Rica on perhaps the...