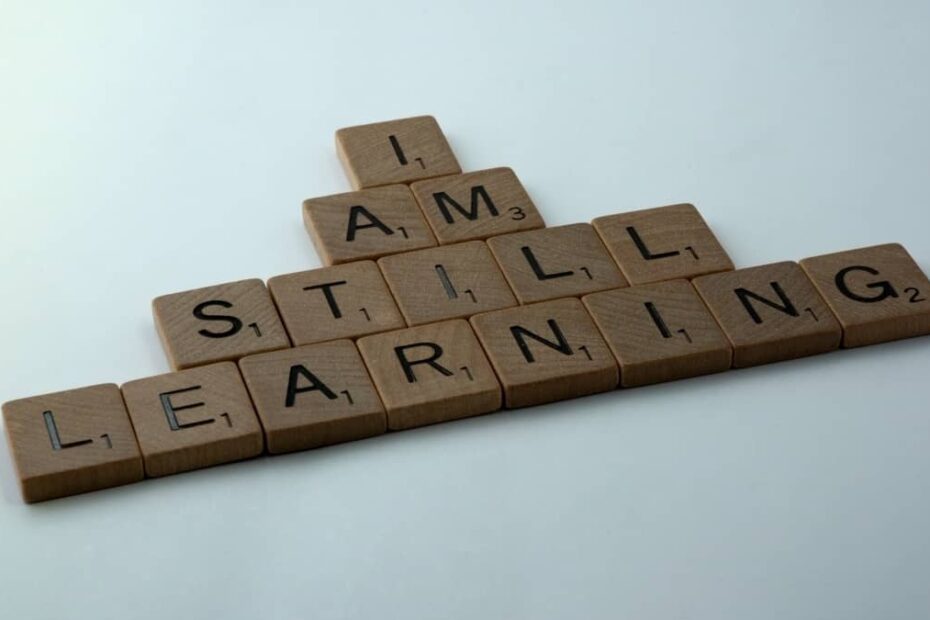 We list the most English speaking countries in Central America from the easiest and most obvious on down. If you’re finding Spanish difficult, this article might be for you.

A few of our recent articles about doing business or investing in Central America have touched upon English proficiency in the region.

Contributor Craig Dempsey from Biz Latin Hub has spoken about both El Salvador and Honduras as places investors should look at, in part because the amount of English-speakers in these countries is so much higher than elsewhere in Latin America.

So it got us thinking. What are the most English speaking countries in Central America? In a region dominated by Spanish, where will native English speakers have the easiest time before picking up the local lingo?

People often want to know what is the ‘fastest’ way to learn a language.

Although there’s no ‘magic pill’ for #languagelearning, there’s a good chance that you can be #conversational after a 90-day routine. ⁰⁰

💡Check out the thread for the highlights 👇

The obvious place to start is Belize, of course. Belize is the only official English speaking country in Central America due to its status as a former British colony rather than a Spanish one. Many Belizeans identify much more as a Caribbean nation, alongside the likes of Jamaica and Barbados than a Central American nation.

As an English speaking country in Central America, with easy access to the United States, Belize is an attractive country to set up a call center in, and the BPO (Business Process Outsourcing) industry is strong here. Belize is also one of the most bilingual countries in the world, with many people speaking Spanish as a second (or first) language.

If you include Kriol, and you certainly should, Belize is actually trilingual rather than bilingual.

Now we’ve gotten Belize out of the way, it’s time to consult the EF English Proficiency Index. This is the go to guide to figure out who speaks the most English around the world, outside of English speaking countries.

And according to these guys, of all the English speaking countries in Central America, Costa Rica comes second to Belize – or first, if you discount Belize. In fact, in Latin America, only Argentina beats Costa Rica, according to the index.

With a long emphasis on education and a major dependence on tourism from the United States, you’ll find Costa Rica full of English speakers and wannabe English speakers eager to learn. This is why companies like Amazon operate in Costa Rica.

You’ll also find a strong tradition of TEFL (Teaching English as a Foreign Language) in Costa Rica, with many foreign teachers coming to work. The pandemic putting pay to in-person classes doesn’t deter Costa Ricans either – many of them simply use an online English tutoring service instead.

Another factor in Costa Rica’s English speaking favor is its Caribbean side. You’ll find the Caribbean coast a theme running through this article. Throughout Central America, from Belize on down, Caribbean communities speak English. You’ll often hear people seamlessly mixing English, Spanish, and Creole into one unique idiomatic blend.

Costa Rica is also the easiest country to do business in in Central America – 74th in the world, according to the World Bank. That might not be much on a global scale, but it’s better than anywhere else in the region. Add in the fact that it’s also certainly the most eager country in Central America to learn English, and you have yourself a winner.

This one might surprise you, but Honduras has the second-most English proficiency in Spanish speaking Central America (third if you include Belize).

But looking under the hood, you shouldn’t be too surprised. With its long Caribbean coast and Bay Islands of Roatán, Utila, and Guanaja, English is as important as Spanish. Elsewhere in Honduras, many people have relatives living in the United States and English often filters back that way.

El Salvador is the next country on the EF English Proficiency Index after Costa Rica and Honduras. It’s another country with a massive diaspora living outside of its borders.

Naturally, this rubs onto the population at large, and you’ll often find yourself in some hidden corner of El Salvador being surprised by a Californian accent.

Panama ties with El Salvador on the EF English Proficiency Index. Both countries come in with an equal 483 points.

I would have thought Panama would be higher up in the list, but having traveled to Panama extensively, outside of Panama City and the Bocas del Toro (that Caribbean side thing again), not many people speak English, at least fewer than I’d expect.

Given Panama’s legacy as a country effectively created by the United States in the first place, and with a long standing U.S. presence throughout the 20th century with the Canal, there’s still an English speaking vibe here. And then of course, Panama’s City’s growing reputation as a regional and global finance hub. Lots of English needed there.

Next comes Guatemala on the list. It’s no surprise Central America’s largest population speaks among the least English. With a massive indigenous community, many Guatemalans are already bilingual, with languages like K’iche commonly spoken alongside Spanish. And monolingual K’iche speakers often want to prioritize learning Spanish over English. It’s understandable.

Speaking of learning Spanish, Guatemala is popular with foreigners for that, too. It’s a hotbed of full immersion courses, where you go and spend time living with a Guatemalan family with no English to force yourself to learn Spanish. English is down the list in Guatemala.

That said, you’ll find plenty of English in the tourist town of Antigua, where many expats live. There’s also the community of Livingston where, like the rest of Caribbean Central America, you’ll hear that exotic mixture of English, Spanish, and Creole.

When talking about English speaking countries in Central America, it should come as no surprise that Nicaragua ranks the lowest.

It’s the poorest country in Central America by far, and although there’s a moderate Nicaraguan diaspora living in the United States, compared to the Salvadorans, Hondurans, and Guatemalans, it’s tiny. Only Costa Rica and Panama have smaller immigrant populations living in the U.S. The difference with them, though, is that they’re both much wealthier countries with better education systems offering better chances to learn English.

Nicaragua has no such luck. 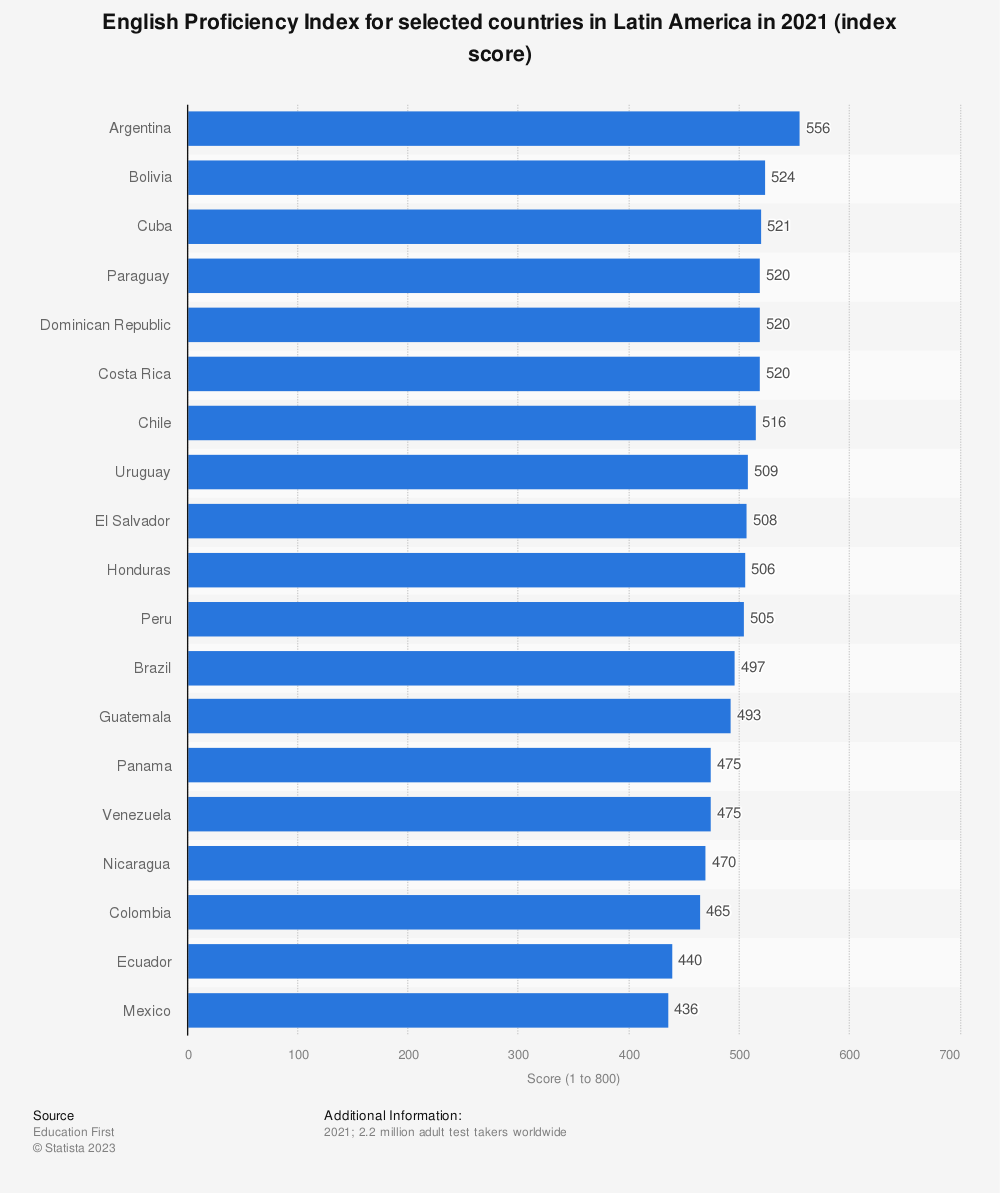 One thing worth pointing out about the list above is this:

Taking Belize out of the equation, when you look at English proficiency in Costa Rica, Honduras, El Salvador, Panama, Guatemala, and Nicaragua, you’ll see one thing standing out.

All these countries are way ahead of others in Latin America. Even Nicaragua, with the lowest proficiency in Central America, comes out better than supposed “big hitters” like Colombia and Mexico.

Only Argentina comes higher than Costa Rica, and Latin America’s powerhouse of Brazil comes in between Honduras and El Salvador/Panama. That’s truly surprising.

We hope this guide is useful for anyone looking for English speaking countries in Central America, whether it’s for business or personal reasons. How easy do you find living in Central America without speaking Spanish yet? Let us know. But don’t use this as an excuse to not learn Spanish, though… it’s still important that you do that!